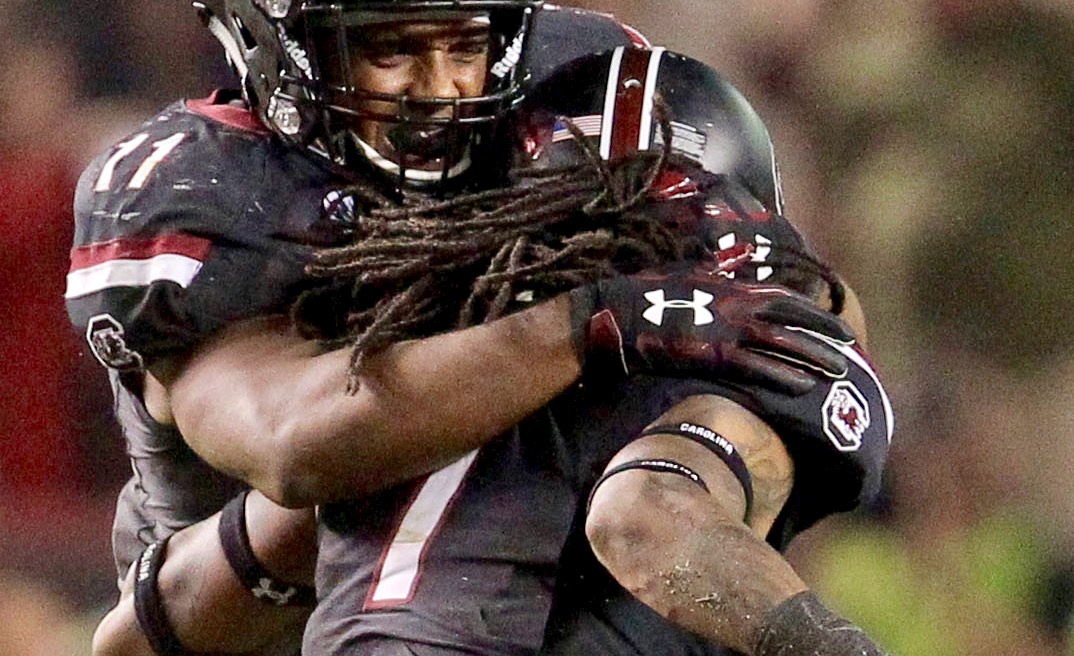 University of South Carolina junior cornerback Jamarcus King has been honored by the Southeastern Conference (SEC) as its defensive player of the week following his starring role in the Gamecocks 24-21 upset of No. 18 Tennessee.

The 6-foot-2, 180-pound Mobile, Alabama native is the first South Carolina player to be honored by the conference since Elliott Fry was named special teams player of the week following the Gamecocks’ week one win over Vanderbilt.

King intercepted Tennessee quarterback Joshua Dobbs twice on Saturday – his first pick setting up a go-ahead touchdown and his second one helping seal South Carolina’s first win over a ranked opponent in more than two years.

In addition to his two interceptions, King recorded five tackles and had two pass break-ups against the Volunteers.

King was the top-rated junior college cornerback in America and a Top Ten overall talent at Coffeyville Community College in 2015.  He was supposed to attend Auburn, but when South Carolina hired the Tigers’ defensive coordinator Will Muschamp as its new head coach last December – he made the move to Columbia.