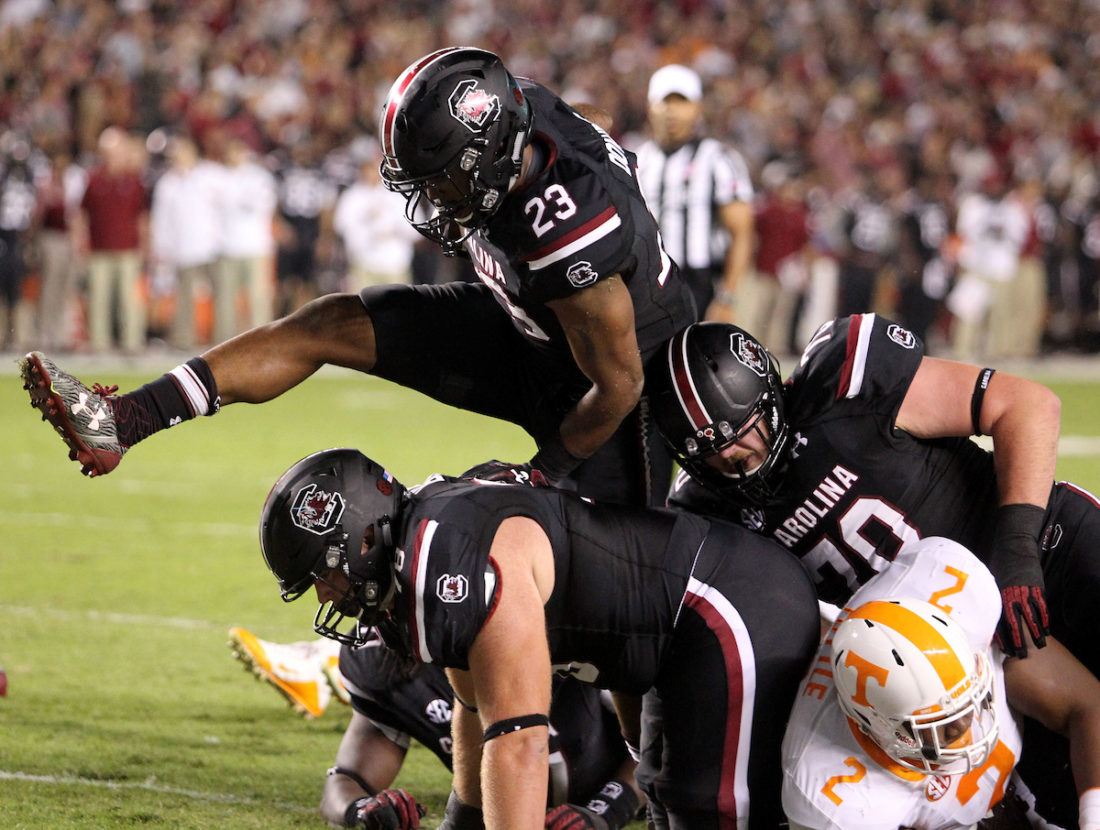 The University of South Carolina scored its biggest win of the 2016 season – and first-year head coach Will Muschamp (a.k.a. “Coach Boom”) scored his first victory over a ranked opponent since taking over the Gamecock program last December.

It may not qualify as a “signature win,” but the Gamecocks 24-21 upset victory over No 18 Tennessee certainly had that sort of feel to it – especially with the Volunteers (5-3, 2-3 SEC) entering Williams-Brice Stadium as two-touchdown favorites.

“We needed this,” Muschamp said after the game, praising his players for fighting against the odds and the Gamecock fan base for remaining “unbelievably positive” despite the team’s early-season struggles.

True freshman quarterback Jake Bentley – making his second career start – completed 15 of 20 passes for 167 yards and a pair of touchdowns. Once again, Bentley did not turn the football over in moving to 2-0 as South Carolina’s quarterback of the present.

Meanwhile another true freshman, Rico Dowdle, ran for a career-high 127 yards on 27 carries (including a one-yard score).  He also didn’t turn the football over.

The same could not be said for the Volunteers, however.

Still, Dobbs put Tennessee in position to tie the game on the final play – however a 58-yard field goal attempt from placekicker Aaron Medley fell short as time expired. 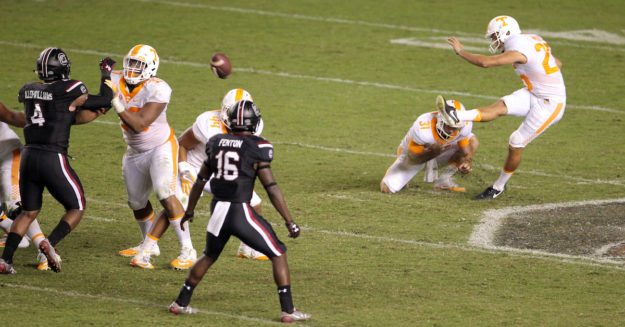 South Carolina climbed to No. 14 in the nation following that win, but were bounced from the polls just three weeks later – ending a school record streak of sixty-nine consecutive Top 25 appearances.

They haven’t made it back to the Top 25 since …

The last time an unranked Gamecock team knocked off a ranked opponent?  November 26, 2009 – against arch-rival Clemson.

South Carolina has home games remaining against Missouri (November 5) and Western Carolina (November 19).   Road games against No. 14 Florida (November 12) and No. 3 Clemson (November 26) complete the team’s “Orange Crush” end to the season.