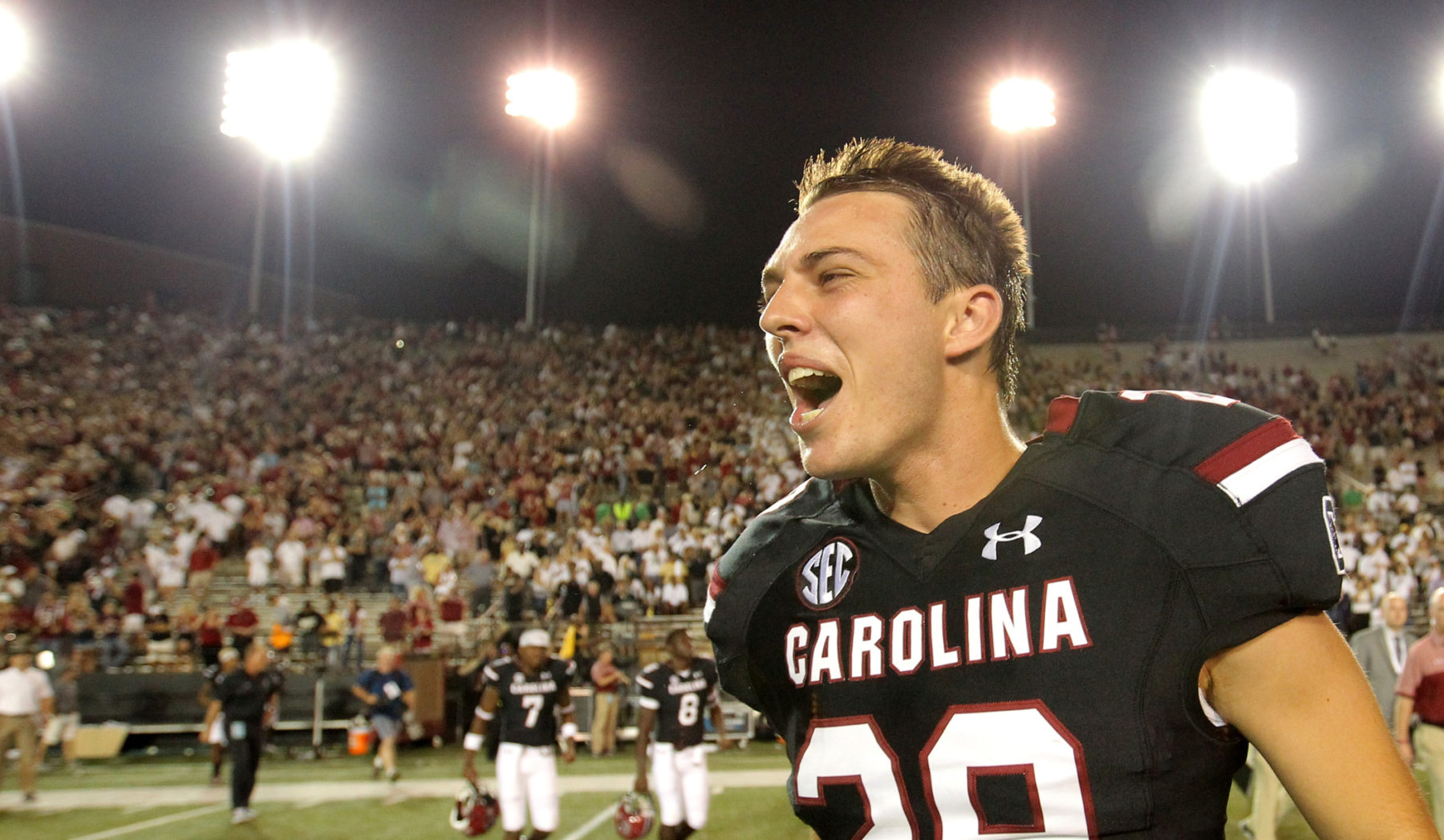 Senior placekicker Elliott Fry drilled a career-long 55-yard field goal with thirty-five seconds on the clock to give the University of South Carolina a 13-10 upset victory over Vanderbilt in the debut of new head coach Will Muschamp.

Fry’s clutch kick capped a second half comeback that saw the Gamecocks (1-0, 1-0 SEC) scratch back from a 10-0 halftime deficit against the resurgent Commodores (0-1, 0-1 SEC).

Leading the comeback?  Former walk-on quarterback Perry Orth – a 6-foot-1, 200-pound redshirt senior from Ponte Vedra, Florida.  After giving way to talented true freshman Brandon McIlwain for most of the first half, Orth returned under center in the second stanza and led his team on three scoring drives.

He completed 11 of 19 passes for 152 yards on the evening – connecting on ten of fifteen throws for 148 yards in the second half. 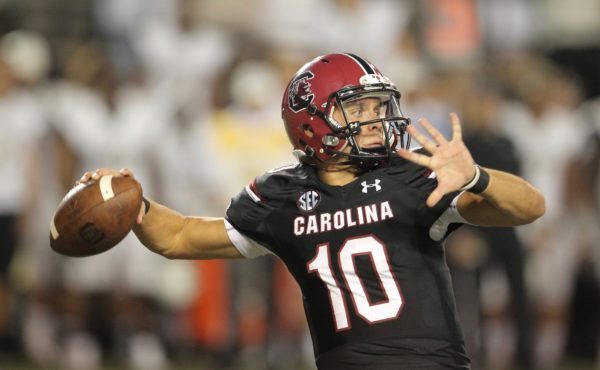 McIlwain completed five of 11 passes for 35 yards and ran for 29 yards on seven carries in his collegiate debut – all of his yardage coming in the first half.

He gave South Carolina’s offense a spark after Orth faltered early on, although he did commit a costly fumble deep in Commodore territory – one of several miscues that helped put the Gamecocks in a hole.

Whoever winds up taking snaps at quarterback for South Carolina this year will have incredibly talented young target to work with.  True freshman wide receiver Bryan Edwards hauled in eight passes for 101 yards in his first collegiate action.  Edwards was a four-star high school recruit from Conway, S.C. who stuck with the Gamecocks despite their offseason turmoil.

If his debut is any indication, that decision could play huge dividends for the program.

The 6-foot-3, 210-pound wideout made several highlight reel catches against the Commodores – including a leaping grab down the right sideline midway through the third quarter.

Another true freshman who put in an impressive performance on offense was tailback A.J. Turner.  After a sluggish first half, Turner finished his collegiate debut with 70 yards on thirteen carries. 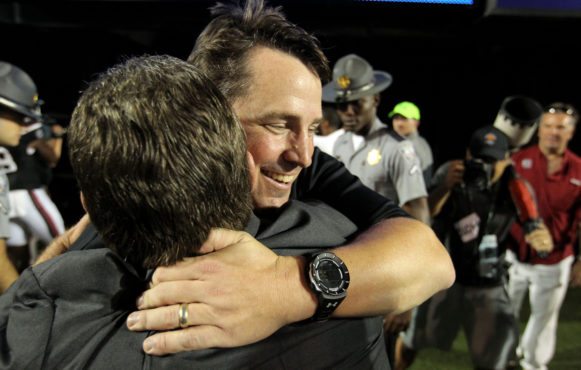 Make no mistake: South Carolina is not a very good football team.  The Gamecocks looked positively atrocious during most of Muschamp’s debut – committing six turnovers, dropping at least six passes and turning the ball over twice.

In other words don’t expect this team to celebrate too many victories when it hits the meat of its Southeastern Conference schedule this year.  Still, Muschamp’s team managed to steal a win against a Vanderbilt program that’s clearly on the upswing under third-year head coach Derek Mason.

How’d we fare with our #FITSPick for this game?  Not bad.  We correctly picked the winner, although we did expect a bit more scoring given how porous the Gamecock defense was a year ago.

What do you think of South Carolina’s 2016 season opener?  Post your thoughts in our comments section below …