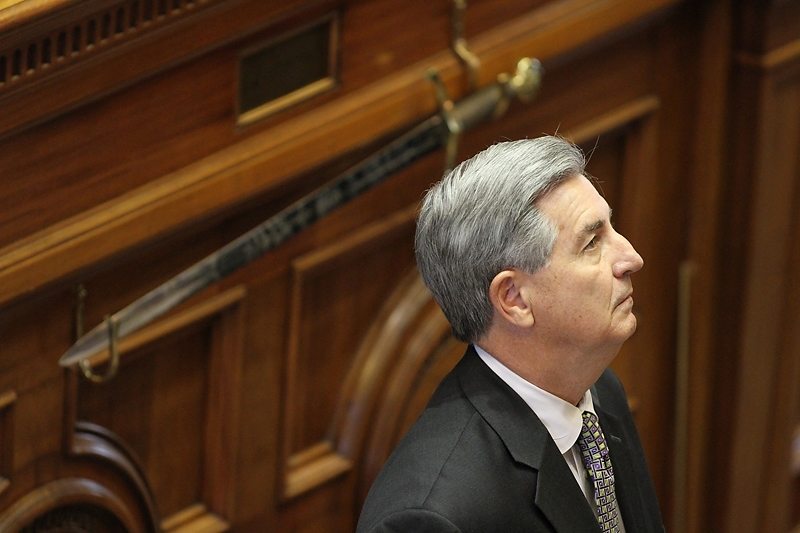 S.C. Senator Nikki Setzler needs to be retired in the worst possible way.  A hard-core fiscal liberal, he is the embodiment of everything that’s wrong with the Palmetto State’s big-spending, big-borrowing, results-challenged government.

Seriously … for decades, Setzler has been a reliable vote for the status quo.  Which is why it’s hilarious that after forty years in the State Senate he’s now running as the guy who is going “fix our roads.”

Despite his starring role in the “Banana Republicanization” of South Carolina, Setzler is cruising toward an eleventh term in the Senate.  How come?  Well, one reason is that the Republican running against him is campaigning as the second coming of Lee Bright – a sanctimonious social conservative moralizer from Spartanburg, S.C. who was defeated in this year’s GOP primary elections thanks in no small part to his holier-than-thou approach to governing.

“Having volunteered with the We Stand with God movement last year, I am convinced that we as Christians must personally take a stand for our faith in the political arena,” GOP candidate Brad Lindsey noted on his web page.  “I am running because I believe it is time to put feet to our prayers.”

For those of you curious as to his faith, Lindsey is a member of the Gethsemane Baptist Church of Lexington, S.C. – which believes in the rapture as well as a “literal judgment” in which even those who receive Christian salvation “shall be judged according to their works and may suffer loss of rewards.”

Whoa … and what of the unsaved?

“The lost shall stand before the Great White Throne of Judgment where they will also be judged according to their works but shall suffer God’s eternal wrath for rejecting the Lord Jesus Christ as their Savior,” the church’s web page notes.  “We believe in a literal, hot and burning Hell and future Lake of Fire where Christ rejecters shall spend eternity.”

Obviously we’re not going to belittle anyone’s faith.  We just don’t necessarily believe it is relevant to the discharge of one’s official duties.  Or a reason to vote for or against a candidate. To put it another way, we’d prefer a Godless candidate who protected our liberties and our tax dollars to a Christian candidate seeking to erode our freedom and our wallets.

Sadly, the race between Setzler and Lindsey for S.C. Senate District 26 (map) offers us a “damned if we do, damned if we don’t” conundrum.

In addition to its fire and brimstone rhetoric, Lindsey’s website is also notable for portraying an American flag draped over the shoulders of a young boy.

(Cap via Brad Lindsey for Senate)

Yeah … last time we checked that was a “no-no.”

According to the U.S. Code of Laws Title 4 Chapter 1 § 8, “the flag should never be used as wearing apparel, bedding, or drapery.”  Nor should it ever “be used as a costume.”

As libertarians, we rebuke any limitations on expression when it comes to the flag (including flag burning) – but we’re surprised to see a “God and Country” guy like Lindsey go against the flag statutes.

All we can say about the race for S.C. Senate District 26 is we’re glad we don’t have to choose between one of these two candidates.

Our advice to voters?  Write somebody else in …