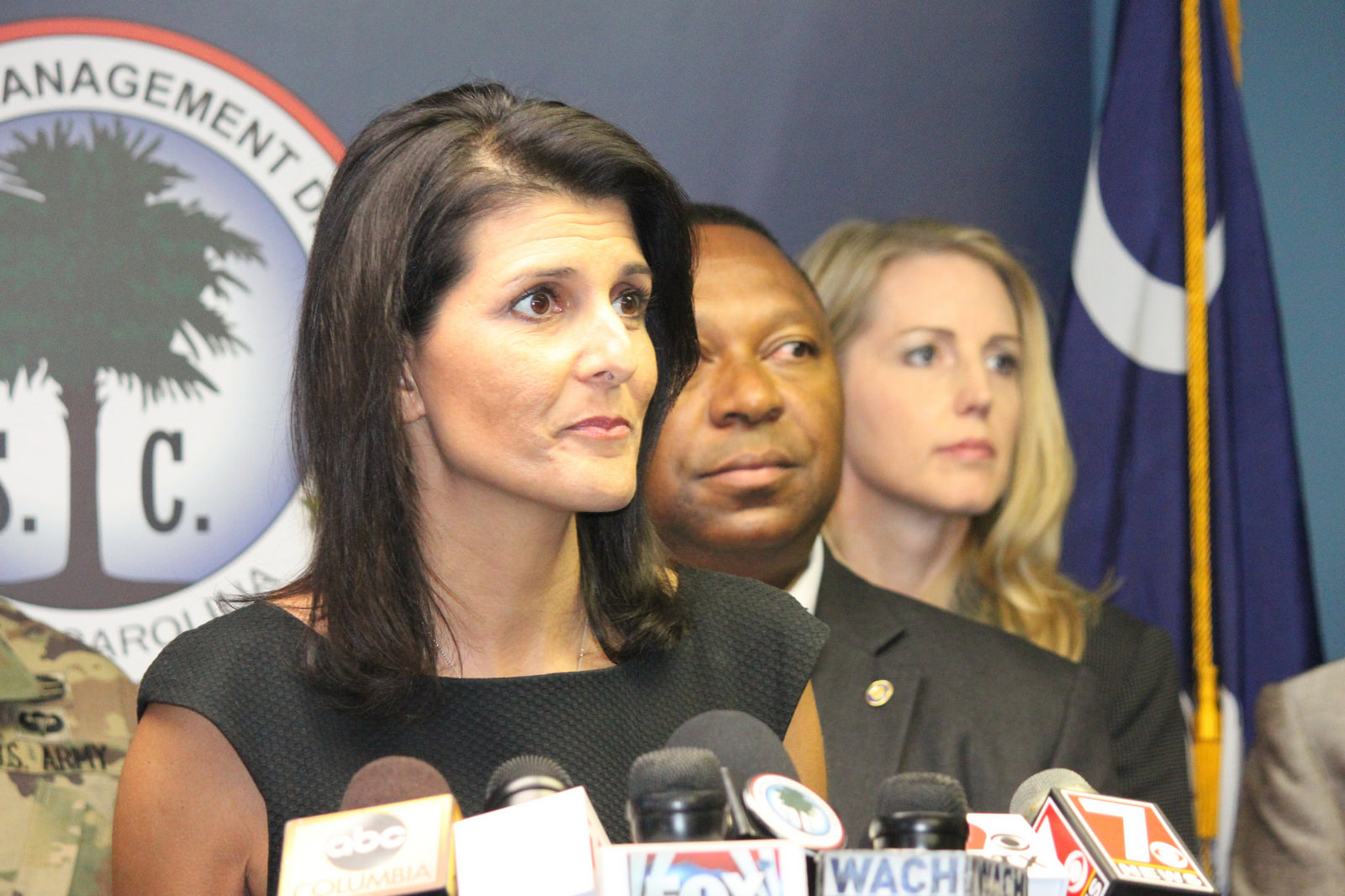 Across the central (a.k.a. Midlands) region of South Carolina on Wednesday morning, hundreds of parents awoke with a singular worry …

What in the hell am I going to do with my kids today?

Thanks to an order from S.C. governor Nikki Haley, schools and government offices across the Midlands region of the state shut down Wednesday – well in advance of approaching Hurricane Matthew.

Too far in advance, some say …

Meanwhile schools in Greenville County, S.C. – located in the Upstate region of South Carolina – might as well have shut down, too, seeing as the governor commandeered their school buses.

Haley’s decisions left working parents across the state scrambling to make arrangements for their children – seeing as private sector employers weren’t quite so eager as the governor to shutter their operations for the week.

Haley’s goal in issuing these edicts?  Clearing the roadways in the central part of the state in anticipation of an influx of traffic from coast – which she has decided to evacuate ahead of the storm out of an abundance of caution.

Is Haley making the right decisions?  Especially in light of recent forecasts showing the storm veering out to sea?

This website is obviously no fan of Haley’s.  We’ve bashed her big government leanings here at home – and on the national level.  We’ve consistently exposed her hypocrisy, corruption and incompetence.  And of course our founding editor is … well … “that guy.”

So we’re absolutely not of the mind to cut her any slack or give her the benefit of the doubt … in any situation.

In the case of Hurricane Matthew, though, Haley has thus far made the right calls – even if she’s ultimately seen as having pulled the trigger on “mandatory” evacuations too soon.

As we noted in a prior post, Haley has made the correct decisions based on the information at her disposal.  And while her overly-cautious calls have created (and will no doubt continue to create) logistical headaches across the state, it’s important to consider the alternatives.

In dealing with storms like this leaders are damned if they do, damned if they don’t.  Had Haley initiated an evacuation too late – potentially putting hundreds of thousands of lives at risk – she’d have been pilloried (and rightfully so).

Storm forecasts are notoriously unreliable.  Maps that looked bad yesterday (but better today) could turn on a dime.  Storms that are projected to turn left often go right – and systems that are supposed to weaken often inexplicably grow stronger.

It makes sense to be prepared, be circumspect and to give oneself maximum flexibility in responding to such situations – all of which Haley has done.

Depending on where Matthew winds up, Haley is either going to look like a smart leader who took necessary, decisive action in the face of imminent danger … or a nervous Nellie whose colossal overreaction created an unprecedented clusterfuck costing the state’s citizens (and its economy) dearly.

Because that could happen …

Wherever Haley winds up on the spectrum, though, it won’t be because she made the wrong decisions.  At least she hasn’t yet.

Things could change, but at this point the governor has “called the ball” remarkably well during the current crisis – and even those who criticize her politically (like us) should probably give it a rest and thank her and her team for their efforts.