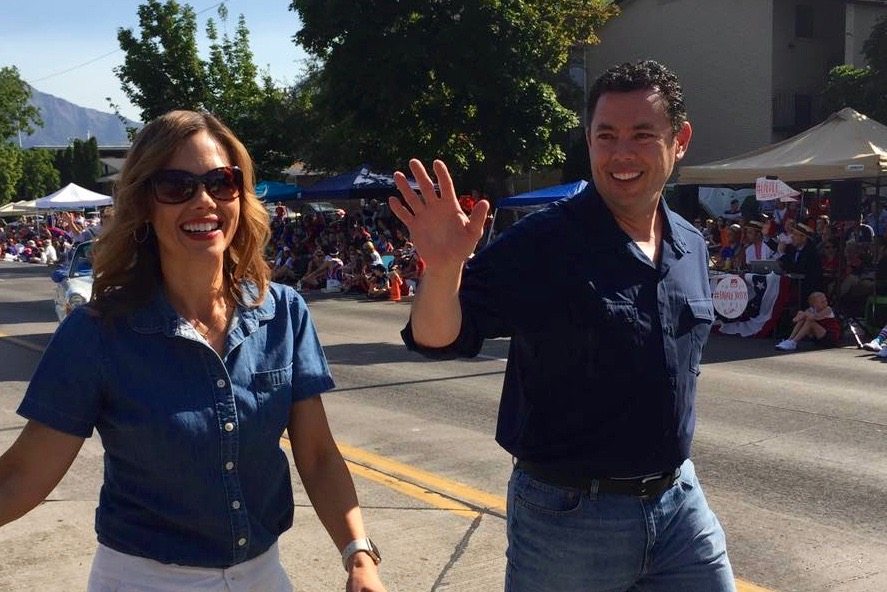 AGENCY SUBPOENAED AFTER REFUSING TO TURN OVER CLINTON DOCUMENTS …

We haven’t been following the voting record of U.S. Rep. Jason Chaffetz of Utah closely enough lately to tell you whether he’s a genuine pro-liberty, pro-free market fiscal conservative or just another status quo “Republican.”

Based on everything we can gather, he’s somewhere in the middle.

What we can say, though, is that the chairman of the House oversight and government reform committee chairman literally “served” the Federal Bureau of Investigation (FBI) this week in Washington, D.C.

And not with a cherry on top …

Chaffetz grilled interim FBI congressional liaison Jason Herring during the latter’s testimony before his committee – exposing the extent to which the agency has bent over backward to bury the email scandal surrounding Democratic presidential nominee Hillary Clinton.

Should such a sweeping under the rug surprise anyone at this point?  Hell no.  The U.S. Department of Justice (USDOJ) is every bit as in the tank for Clinton as the mainstream media – putting the FBI in the humiliating, hypocritical position of having to provide cover for Clinton’s many misdeeds.

Anyway, Chaffetz deftly exposed the agency’s humiliation and hypocrisy – forcing Herring to admit that FBI director James Comey was selective in the testimony and information he provided Congress about the Clinton investigation.

“I think the director made principled decisions about what to say to Congress when he was here and also what to provide to Congress,” Herring said.

“Do we just let everybody in government decide that?” he asked.  “Based on their own individual principles?”

“You don’t get to decide what I get to see,” Chaffetz told Herring.  “I get to see it all.  I was elected by some 800,000 people to come to Congress and see classified information.  I was elected by my colleagues here to be the chairman of this committee.  That’s the way our Constitution works.”

When Herring still refused to provide Chaffetz the information, he was served with a subpoena – on the spot.

“I’m going to issue a subpoena and I’m going to do it right now  You can accept service on behalf of the FBI?” he asked Herring.

“You are hereby served,” Chaffetz said.  “We have a duty and a responsibility.  You can cite no precedent, nothing in the constitution, no legal precedent … you now have your subpoena. We would all like to see this information.”

Comey and the FBI are clearly trying to run out the clock on the Clinton scandal prior to the November 8 election – hoping .  And while we typically roll our eyes at “Republican” congressional hearings, this one actually matters.

Not only did Clinton and her aides engage in a transparent effort to conceal their “highest bidder” approach to running the U.S. State Department – they have actively obstructed the investigation into what transpired over the accountability-evading network they created to hide their dirty dealings from the public.

Chaffetz’s committee – and by extension the American people – have a right to see every bit of the corruption (at least every bit of it that Clinton and her aides didn’t destroy).