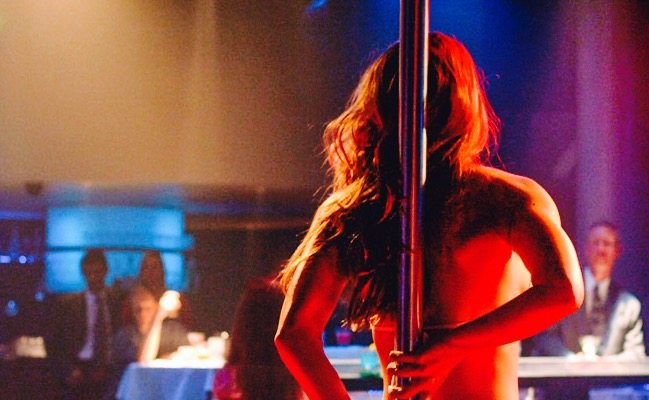 The tables could soon be turning on law enforcement agents who spent tens of thousands of dollars getting drunk and receiving lap dances at a Greenville, S.C. strip club – ostensibly as part of an ongoing effort by socially conservative prosecutor Walt Wilkins to shut down the business.

These raids produced numerous arrests, although one dancer at the club – 21-year-old Aimee Joy Harms – fought back against some of the false allegations that were leveled against her.

As we reported last week, Harms’ victory in court has empowered other dancers at the club to push back against the “God Cops” who have been trying to shut them down.

Specifically, several dancers at the club have detailed specific sexual allegations involving individual officers – including some fairly graphic behavior that is alleged to have taken place while the officers were under the influence of alcohol.

We’ve also been told that police and prosecutors are lying about how much money the officers spent on alcohol and lap dances at the club – dramatically understating both the amount of money that was spent ($26,000 is the official figure) and the extent to which the officers became inebriated and took advantage of the women in the club.

What do we mean by “took advantage of” these women?

At least two dancers have told us that one or more deputies involved in these “raids” went so far as to insert their fingers inside dancers’ vaginas – without consent.

If true, that is nothing short of criminal sexual assault, people …

Strip clubs generally do not allow patrons to touch dancers, but private “champagne rooms” routinely allow for such activity – assuming the dancers permit it.

In the event such encounters are consensual, we have absolutely no problem with them – although to be fair this website has consistently adopted a decidedly libertarian view on the issue of compensation in exchange for sexual favors within the marketplace.

Here’s the thing, though: Taxpayer-funded employees should never be permitted to use public money on such favors – period.

More importantly, no matter what sort of compensation is envisioned in regards to a specific sex act, “no means no.”  There is never a situation in which it is permissible for a person to shove their fingers (or anything else) inside another person’s various orifices without first obtaining that person’s consent.

That’s called rape – and it is one of the most fundamental violations of individual liberty.

Sadly, but not surprisingly, the dancers we’ve spoken with have been reticent to step forward with these allegations for a variety of reasons.

For starters, several of them are still facing trumped-up charges in connection with the recent “raids” on Platinum Plus.  Others are afraid of challenging what is clearly an aggressive local law enforcement agency.  Still others are worried their stories will not be taken seriously.

“I know nothing is going to be done and no one is going to believe a stripper,” one dancer told us, adding that the prospect of filing a complaint is “so humiliating because I know nobody is gonna take me seriously.”

We’ve been opposed to this sanctimonious law enforcement campaign from the very beginning – and we’re glad to see its victims are beginning to stand up for themselves.

Let’s hope their courage leads to a full airing of the truth surrounding these “raids” – and greater accountability over police and prosecutors in the Upstate.

After all, last time we checked they have plenty of actual work to do.