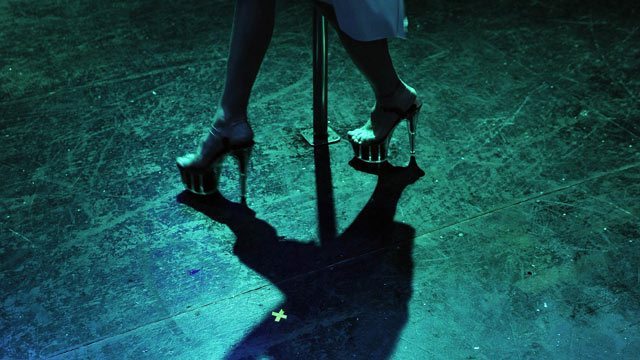 GREENVILLE COPS CRACKING DOWN ON PROSTITUTION …

|| By FITSNEWS || Three individuals have been charged with prostitution following a recent raid on the Platinum Plus strip club in Greenville, S.C. – the latest example of tax dollars being used to crack down on behavior which ought to be perfectly legal.

Michael Wayne Hughey, 34, of Seneca, S.C., Keri E. Barnett, 23, of Hendersonville, N.C. and Crystal Anne Bullock, 24, of Greenville, S.C. were all busted for aiding and abetting prostitution.   It’s the latest in a series of charges filed in conjunction with an ongoing Greenville County Sheriff’s office investigation … which is a dubious use of government resources considering there’s plenty of actual crime to be fighting.

We’ve said it before and we’ll say it again: Prostitution should be decriminalized in South Carolina (and all over the country).

“If a man or woman wishes to rent out his or her body for a specific period of time – it should be their right to do that,” we wrote.  “Government should not pass laws precluding them from such actions.”

Especially not in a state as dirt poor as South Carolina …

But hey … let’s keep subsidizing the entrapment of consenting adults.

God knows they need to be protected from the horrors of enjoying themselves.  Or making some actual money for a change.