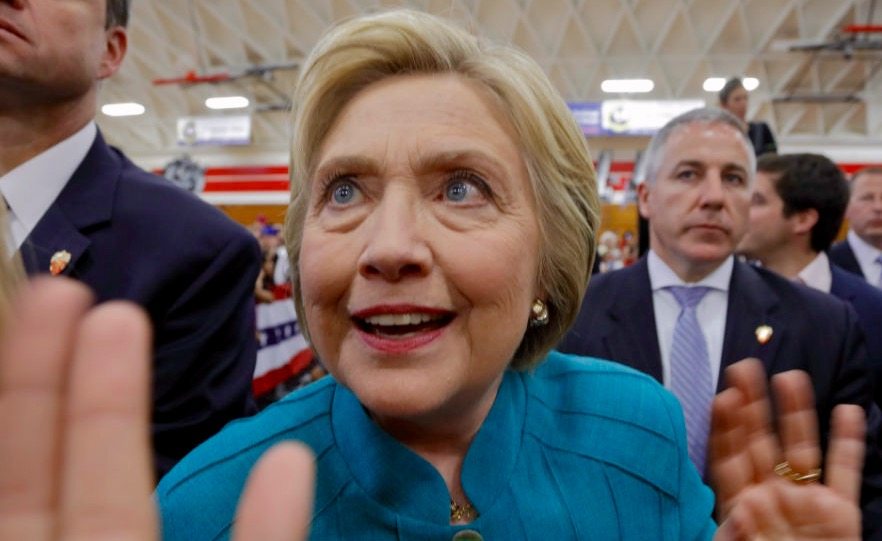 WILL CANDIDATE SUBMIT TO NEUROLOGICAL EXAM?

And to our knowledge no one is alleging Clinton has a tumor, although there is some question as to whether she is suffering from the lingering impact of a traumatic brain injury – possibly sustained following a December 2012 collapse.

Questions about Clinton’s health keep cropping up in the aftermath of her having what appear to be seizures on the campaign trail.

Now, one group is challenging Clinton to submit to neurological testing – and an “independent review” of the results.

“To allay any concerns about her fitness to perform the duties of the presidency, Hillary Clinton should immediately undergo a full neurological work up with the results submitted to an independent set of neurologists for review and then released to the public,” Rick Manning of the group Americans for Limited Government suggested.  “In an era of hypersensitivity surrounding concussions, there’s no reason why Hillary Clinton with her history of brain trauma shouldn’t allay those concerns publicly.”

According to Natalia Castro of NetRightDaily, Clinton “has had significant medical problems which affect her brain and call her performance capacity into real question.”

“Clinton runs the risk of being the first president with a traumatic brain injury that could be affecting her judgement,” Castro recently wrote.  “But we have no way of knowing for sure, because she has refused to release all of her medical records.”

Clinton herself has admitted to “short-circuiting,” although it’s likely that’s her code word for … well, lying.

According to Clinton’s personal physician she is in “excellent” physical condition and “fit to serve” as president of the United States.  Of course that update was provided over a year ago …

Will Clinton submit to such an examination?  Of course not …

Unless of course she knew ahead of time that she would be “cleared.”