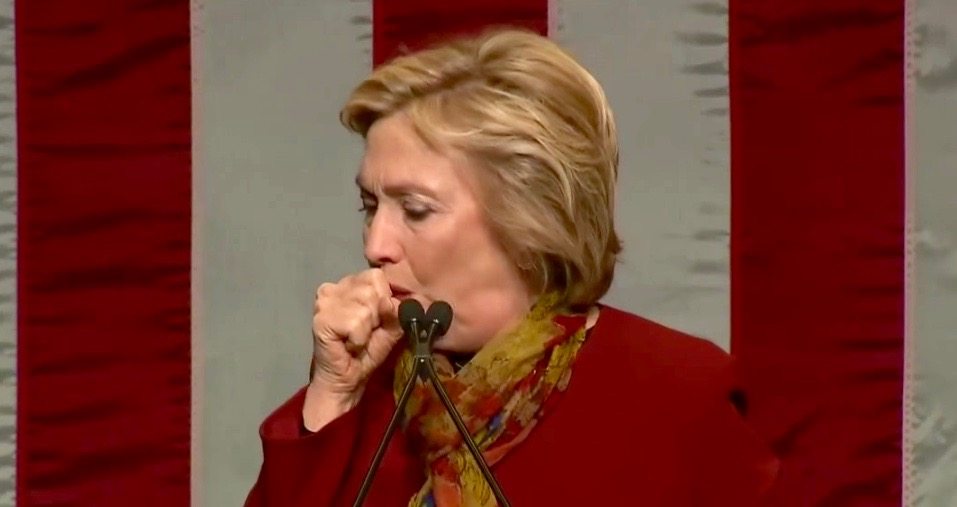 “She is in excellent physical condition and fit to serve as President of the United States,” Bardack stated last July.

According to Bardack – who serves as the chief of internal medicine at Mount Kisco Medical Group – Clinton’s only medical issues were seasonal pollen allergies and “hypothyroidism.”

Over the last twenty-four hours the internet has been flooded with “unauthenticated” images of medical records allegedly obtained from Bardack’s office – records which paint a vastly different picture of the 69-year-old Democratic presidential nominee’s health. 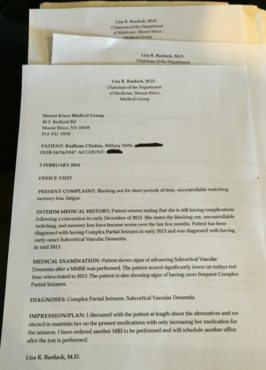 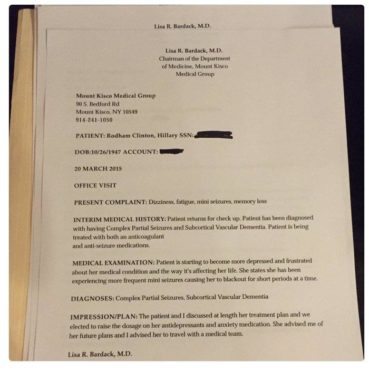 Are these documents legitimate?  Or are they the product of (wait for it) a “vast right wing conspiracy?”

Who knows … our guess is they’re probably fake.  Even if they are real, whoever leaked them broke the law – and there’s no way to confirm it (nor should there be).

Still, Clinton’s health has been making headlines ever since a video of her allegedly having some sort of seizure went viral late last month.

Three-and-a-half years ago, CNN reported that Clinton was treated with blood thinners to dissolve a clot between her brain and skull behind her right ear.  That treatment followed a December 2012 concussion that Clinton sustained after she became dehydrated and fainted.

Doctors said at the time that Clinton was expected to make a full recovery from the blood clot – and Bardack’s 2015 report to the media suggested she did.

Did she really, though?

Hell, the fact Clinton might be dying is the first positive thing we’ve heard about her …

Seriously, though, Clinton’s health is one seizure away from becoming a “thing.”