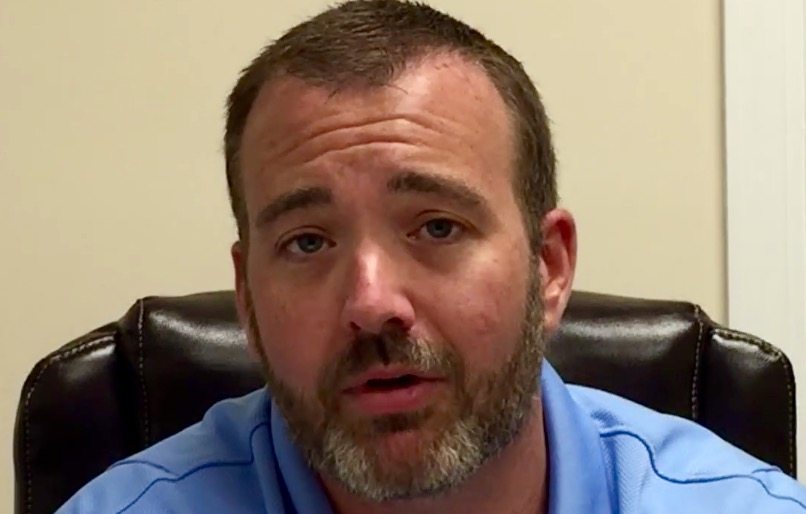 S.C. Rep. Stephen Goldfinch should have been ousted from his seat in the State House of Representatives back in November 2014 – but a late endorsement from S.C. governor Nikki Haley (then at the peak of her popularity) saved his bacon.

This year, though, Haley has flip-flopped.

“I’ve never been more disappointed in a legislator than in Stephen Goldfinch,” she said earlier this year, accusing him of standing “with leadership and Democrats of the old guard” at the S.C. State House.

Of course one of the votes Haley repeatedly cites – Goldfinch’s June 2014 vote to give himself a pay raise – was actually case before she endorsed him.

Makes you wonder whether the governor is paying attention, doesn’t it?

Goldfinch stands by his vote, saying that when you pay lawmakers “peanuts” you wind up with “monkeys.”

Boyd and Goldfinch are facing off on Tuesday in the “Republican” runoff election for S.C. Senate district 34 (map here) – a seat that’s been held for the past twelve years by liberal tax-hiker Ray Cleary.

(Cleary has endorsed Goldfinch, by the way).

Who will win?  We’ll find out on Tuesday, but the race has gotten a bit testy as it hits its homestretch – prompting Goldfinch to take to social media to criticize his opponent for negative campaigning.

“I’m not a felon, I’m not a criminal,” Goldfinch says in his video message.

Goldfinch has misrepresented criminal charges filed against him in the past, so it wouldn’t surprise us to see him misrepresenting them in the days before an election.

That’s not what Boyd is focused on, though.

In his response to Goldfinch’s message, Boyd documents the extent to which Goldfinch’s campaign organization has allegedly been directly involved in the circulation of third party mailings and other propaganda attacking Boyd.

Frankly we don’t care which candidate wins this race.  Both strike us as tools (pawns in a bigger battle between warring status quos).

Do we think Boyd would likely be a better vote in the State Senate?  Yes, we do.

But we also think he’s got “sellout” written all over his face … and that within a month of arriving at the S.C. State House he would probably start voting the way the insiders told him to.

Also … it’s hard to view any candidate endorsed by Haley as a credible “conservative” given her abysmal record (see here, here, here or here).

Any candidate who owes his seat to her is not one taxpayers should trust.

In other words “good luck with all that,” S.C. Senate district 34 voters … we don’t envy your decision.

Of course the sad thing is we’re starting to get this same sinking feeling more often than not when we look across the state at the various “contested” races for S.C. General Assembly.

Almost without exception, elections between “credible” candidates wind up being nothing more than insider turf wars – like the status quo battle being waged up in S.C. Senate 2 race.