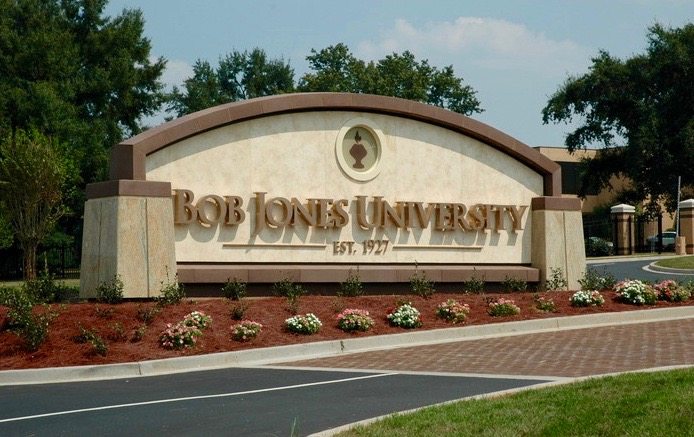 Earlier this week we reported on a child sex arrest in California that had a strong South Carolina connection.

Adams is facing nine felony charges – three for “lewd or lascivious acts,” three for “oral copulation,” two for “sexual penetration” and one for “sodomy with a minor under the age of sixteen.”

Adams’ story – which has been picked up by mainstream media in South Carolina – has revived a sex abuse scandal which rocked the Christian school two years ago.

Adams’ connection to BJU was first made public by BJU Grace – a group of alumni and friends of the institution hoping to hold its leaders accountable for their checkered past in dealing with sex abuse cases.

The organization is named after a Christian group that was hired, fired and then re-hired by school earlier this decade to study BJU’s handling of such cases.

This website first explored allegations against BJU two years prior to the release of the Grace report.  We were also the first outlet in the state to report on this latest chapter of the scandal.

So: Where do things currently stand?

Well, investigators in California clearly believe Adams is one of the unnamed students referenced in the 2014 document (.pdf). They also believe there are additional victims of sexual abuse connected to his time at Bob Jones.

Adams has yet to comment on the allegations against him.  He has, however, addressed the situation on his Facebook page – quoting an unnamed friend who advised him that “the past is a myth, remembered differently by all.” 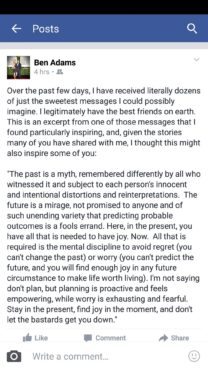 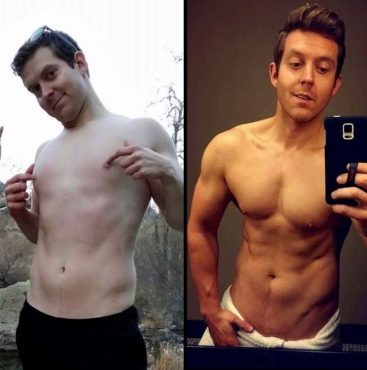 Nor is a YouTube video in which Adams portrays a “child predator” – one who kidnaps a teen boy he met on Grindr, a gay social networking app.

Of course we maintain the real scandal here involves the failure of BJU to take appropriate action when it learned of specific allegations of sex abuse.

“If the allegations of sexual abuse were made, it is unclear if Bob Jones University, once alerted to the allegations, informed law enforcement,” California detective Aleina Smith told Fox Carolina this week. “I have not found any documentation that shows the university properly reported the abuse to law enforcement at the time they learned of it.”

Actually, the school’s former president Bob Jones III is on the record in the Grace report saying a “judgment call” was made not to report one alleged case of such activity the police.

Here are the screen caps from the report … 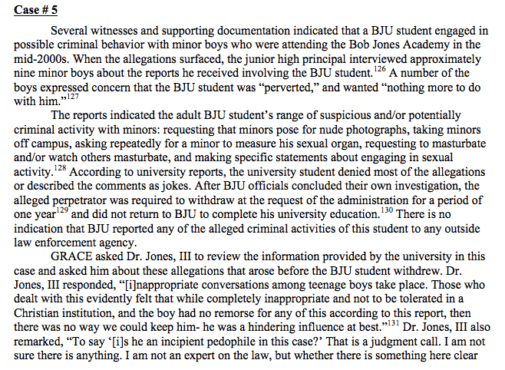 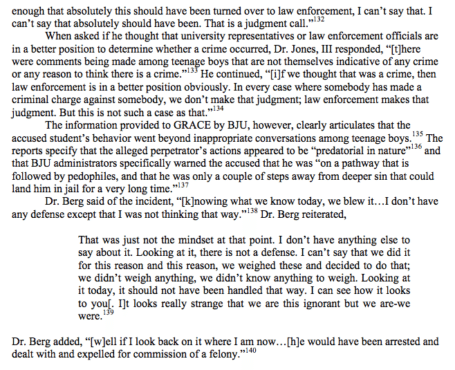 “Knowing what we know today, we blew it,” one BJU administrator said at the time.  “If I look back on it where I am now … he would have been arrested and dealt with and expelled for commission of a felony.”

The only question is whether Adams is the unnamed former student referenced in this section of the report.

Page did say the school “reports to law enforcement any reportable incidents, including allegations of child sexual abuse” and that “BJU will fully cooperate in any police investigation.”