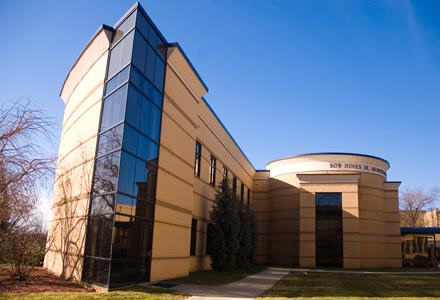 THE “NATIONAL BLACK EYE” WE PREDICTED IS HERE …

By FITSNEWS || Bob Jones University (BJU) – the Upstate, S.C. social conservative school best known for its recently rescinded ban on interracial dating – is back in the national eye after a report has uncovered widespread mistreatment of sexual abuse victims.

According to a 300-page report from a Christian group that was hired, fired and then re-hired by school to study its handling of such cases, the school “responded poorly to many students who disclosed being sexually victimized.”

Specifically, the university is accused of blaming the victims of sexual assault and encouraging them not to report the allegations to law enforcement because doing so would harm their families, their church communities and the university.

“As a result of the school’s flawed responses, many of these students were deeply hurt and experienced further trauma,” the report stated.

Not only that but the school’s approach has likely prevented many abusers from being apprehended and prosecuted for their crimes.

FITS explored allegations about the school’s response to sexual abuse cases in this post more than two years ago.

“Another national black eye is coming,” we predicted at the time.

The Bob Jones story is all over the national media, including a feature story in The New York Times that describes in lurid detail the “hurtful, often startling treatment” the school dished out to these victims.

“The criticism of Bob Jones differs from that prompted by the sexual-assault scandals that have erupted at colleges across the country, in that it is not primarily about assaults on or near campus, committed by students or staff members,” the Times report stated.  “Rather, the university has been criticized for penalizing victims who reported incidents or sought treatment, and were told not to go to the police, even when the university had a legal obligation to do so.”

In our April 2012 report, we delved into the story of former BJU board member Chuck Phelps – who was accused in 2011 of helping cover up a 1997 rape involving a prominent member of his congregation.  Specifically, Phelps forced the 15-year-old rape victim, Tina Anderson, to confess her “sin” (the rape resulted in a pregnancy) in front of his congregation.  He then shipped Anderson thousands of miles away and forced her to give up her child for adoption.

Yeah … how “Christian” of him.

As we reported at the time, school officials expelled a student named Chris Peterman who sought to hold them accountable for their conduct – after leaning on him for months in an effort to correct his “poor spiritual health.”

“That I was not a good Christian. I had talked against my authority. I had brought shame on Bob Jones,” Peterman said.

School officials have apologized for their actions.

“On behalf of Bob Jones University, I would like to sincerely and humbly apologize to those who felt they did not receive from us genuine love, compassion, understanding, and support after suffering sexual abuse or assault,” BJU president Steve Pettit told students and faculty this week. “We did not live up to their expectations. We failed to uphold and honor our own core values. We are deeply saddened to hear that we added to their pain and suffering.”

Senators: Here’s How SC Should Respond To Education Ruling