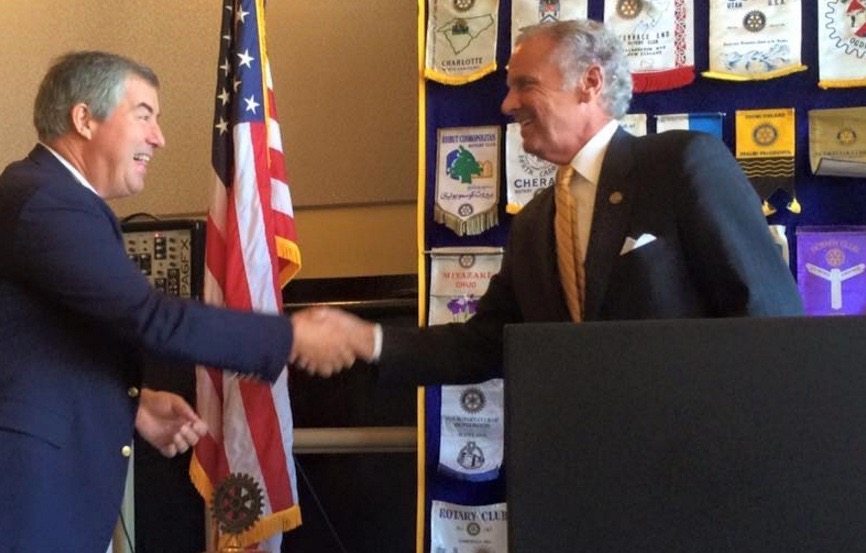 OH, HENRY … AND JOSEPH, AND FRANK, AND GEORGE …

If S.C. lieutenant governor Henry McMaster is to realize his decades-long dream of becoming governor of the Palmetto State, he’s going to have to get his brothers in line.

Over the last two years, three of McMasters brothers have run afoul of the law … in ways that aren’t likely to help a so-called “family values” conservative.

Last spring, 56-year-old Joseph Dargan McMaster was arrested and charged with first degree burglary as well as “malicious injury to animals, personal property.”  The previous spring, 58-year-old Frank McMaster was arrested for illegally tampering with a vehicle, discharging a firearm while under the influence of alcohol and disorderly conduct – less than ten months after he was popped for driving under the influence (DUI).

Of course the biggest McMaster scandal of them all was the one this website broke back in July 2014 involving “forcible fondling” allegations against 65-year-old George McMaster.

According to the report we were provided, George McMaster was allegedly drinking beers at The Palmetto Club – one of the many exclusive organizations with McMasters on its membership rolls – when he sexually assaulted a male waiter.

“(McMaster) began telling him how to improve his personal dress appearance,” the report states.

“After serving (McMaster) the last drink, (the victim) walked away to the waiter station,” the report continues.

McMaster allegedly followed him there and “told him to adjust his pants.”

“The victim states he adjusted his pants at which point … (McMaster) told him ‘lower,'” the report states.

After the waiter made a few slight adjustments to his pants, McMaster reportedly yelled “no God damnit” and grabbed the waiter’s pants – pulling them “down below his knees.”

This bizarre incident occurred in May of 2014 – two months prior to our exclusive report running – but McMaster wasn’t arrested until June.

According to reporter John Monk of The (Columbia, S.C.) State newspaper, George McMaster has been banned for life from the Palmetto Club.  He also received a thirty-day jail sentence – which was suspended – during an “unannounced” hearing.

In other words, he got off …

… meanwhile effort appears to have been undertaken to keep the whole thing under wraps.

This was a sexual assault, pure and simple.  But because George McMaster is related to the lieutenant governor of the state, he won’t have to face any real consequences for his actions.

Chalk this one up as yet another Palmetto-style miscarriage of justice. It’s not the first … and won’t be the last.