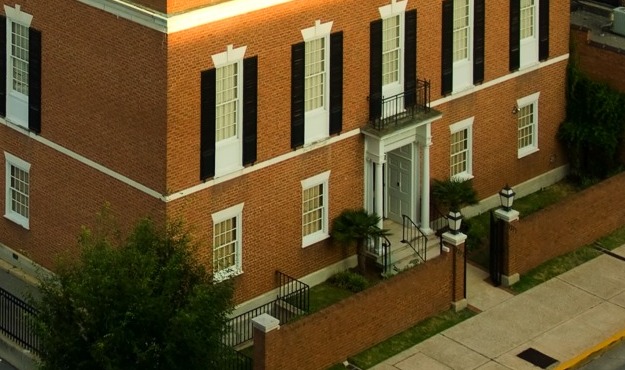 First it was Frank … this time it’s George.

For the second time this year, one of former S.C. Attorney General/ SCGOP chairman Henry McMaster‘s brothers is in trouble with the law.  Back in March, McMaster’s brother Frank was busted on charges of illegally tampering with a vehicle, discharging a firearm while under the influence of alcohol and disorderly conduct.

This time 64-year-old George McMaster has been arrested on suspicion of “forcible fondling.”

The alleged incident took place in May of this year – but George McMaster wasn’t arrested until the following month.  Reporter Andy Shain of The (Columbia, S.C.) State  newspaper made a brief mention of the arrest six weeks ago, but declined to provide details.

FITS obtained those details by submitting a Freedom of Information Act (FOIA) request to the City of Columbia, S.C.

According to the report we were provided, George McMaster was allegedly drinking beers at The Palmetto Club – one of the many exclusive organizations with McMasters on its membership rolls – when he sexually assaulted a male waiter.

“(McMaster) began telling him how to improve his personal dress appearance,” the report states.

“After serving (McMaster) the last drink, (the victim) walked away to the waiter station,” the report continues.

McMaster allegedly followed him there and “told him to adjust his pants.”

“The victim states he adjusted his pants at which point … (McMaster) told him ‘lower,'” the report states.

After the waiter made a few slight adjustments to his pants, McMaster reportedly yelled “no God damnit” and grabbed the waiter’s pants – pulling them “down below his knees.”

In addition to the waiter’s testimony, the report cites a witness who “saw (McMaster) crouched behind the victim manipulating the victim’s pants,” and who also stated “that the victim had a look of shock and confusion on his face.”

Sources close to the McMaster family rebuked any notion of an assault, telling FITS they believe the encounter was “entirely consensual.”  In fact they pointed to a section of a report in which the witness “walked away for a few minutes” and – upon returning – saw the waiter and McMaster leaving the area together.

Earlier this month the S.C. Supreme Court issued a ruling suspending McMaster’s legal license – although the ruling did not reference his arrest or provide another reason for the suspension.

Henry McMaster is running against centrist Demcorat S.C. Rep. Bakari Sellers for lieutenant governor of South Carolina.  The former two-term Attorney General has come under fire for his membership in several “whites only” organizations.