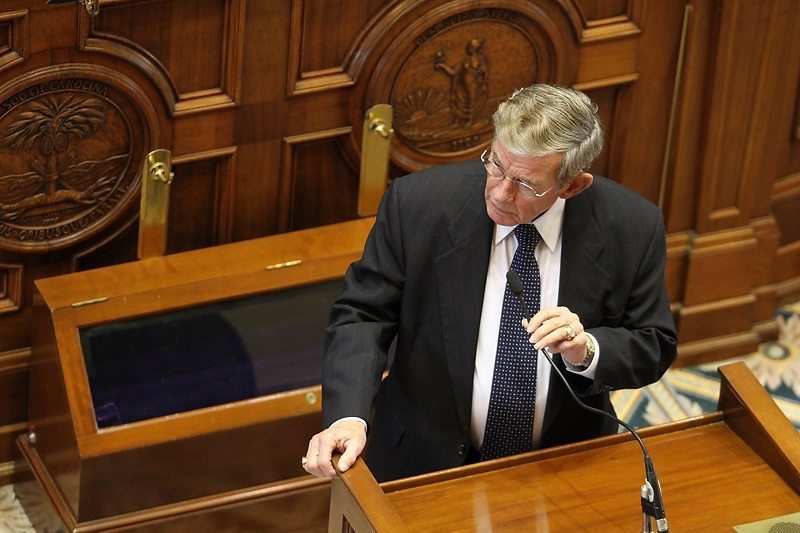 Supporters of personhood status for unborn children are targeting the most powerful politician in the state as part of a last-ditch effort to advance the issue.

“Senator Leatherman is the most powerful legislator in South Carolina, but so far he has been unwilling to speak up and use his influence to urge that Personhood be brought to the Senate floor,” Cash said in an email announcing his group’s plans.

Cash is referring to S. 719 – legislation introduced a year ago by S.C. Senator Lee Bright of Spartanburg.  Bright’s bill would amend the Palmetto State’s constitution so as to affirm that life begins at conception – and extend “equal protection of the laws” to all “born and pre-born” persons.

S.C. Senator Gerald Malloy is blocking this bill, though, and Leatherman’s support is critical if it is to receive a hearing before the State Senate.

“We are going directly to his constituents in the hope that they will inundate him with requests to take action,” Cash said of his group’s robocall campaign.  “Since Senator Leatherman has two primary opponents, both in favor of personhood, perhaps he will listen.”

Leatherman is also being targeted this week by a political action committee supporting the agenda of S.C. governor Nikki Haley – however our sources say polling shows him well ahead of his closet competitor, former Florence County “Republican” party chairman Richard Skipper.

We support personhood amendments because we believe in the right to life.  We also support fixing the state’s broken adoption laws so that it’s easier for women who decide to choose life.

“You can’t tell women not to abort and then make adoption difficult,” one of our pro-choice readers recently told us.