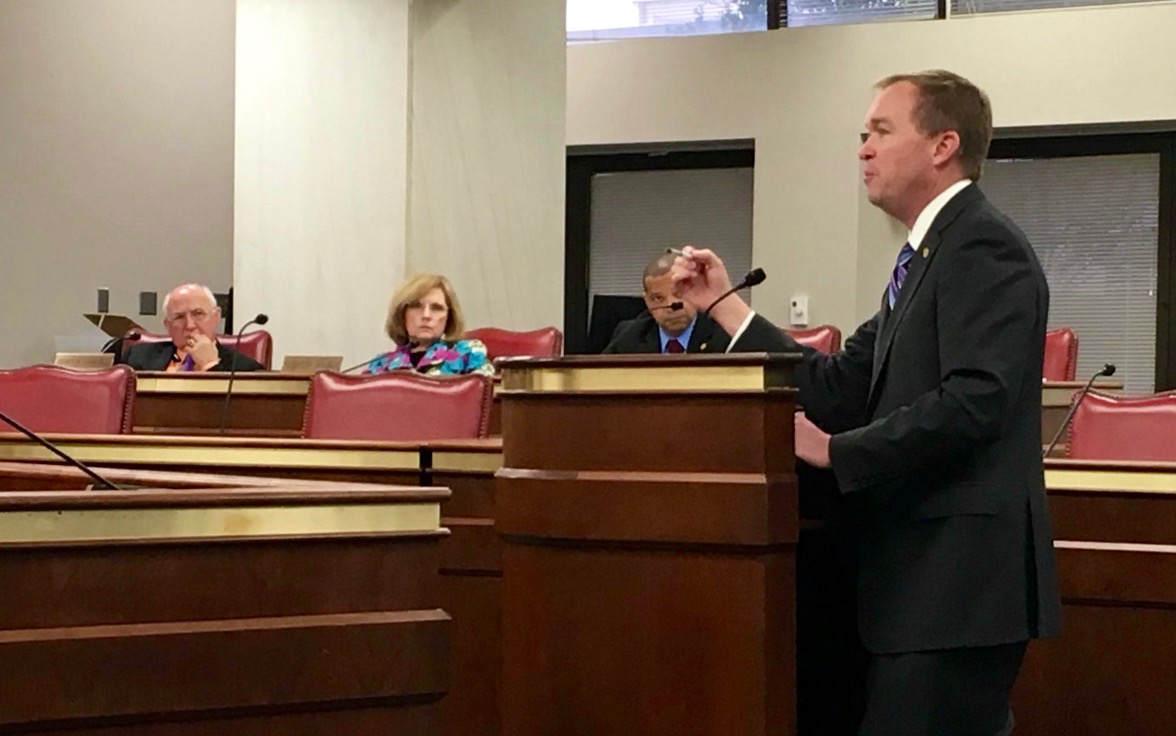 U.S. Rep. Mick Mulvaney will not attend the 2016 “Republican” national convention in Cleveland, Ohio this summer – although he insists his decision has nothing to do with any animosity toward presumptive GOP presidential nominee Donald Trump.

According to the third-term congressman – who has veered wildly towards the center of the GOP’s ideological spectrum in recent years – his trip to the party’s quadrennial convention in Tampa, Florida in 2012 was enough.

“I remember leaving Tampa thinking, ‘OK, I’ve done that once, I can check it off the list,’ but my time is much better spent working at home so I get a good, solid extra week in the district to meet with people, to go visit folks and do what we do back home,” Mulvaney told reporter Kaitlyn Schallhorn of The Blaze.

The former supporter of U.S. Senator Rand Paul of Kentucky – whose campaign failed spectacularly – made clear he was “happy” to support Trump’s candidacy, though.

“I don’t think he’s nearly as far off the reservation as other people think he is,” Mulvaney said of Trump.

Two months ago, Mulvaney attempted to pivot back toward his conservative base by bashing former GOP nominee Mitt Romney (whose convention he attended) and other “Republican” elites – but such moves should be greeted skeptically, in our view.

After all, once you “go Boehner …”

Anyway, Mulvaney’s ongoing efforts to tap dance his way back into the hearts of pro-freedom, pro-free market/ limited government advocates will be interesting to watch given his interest in seeking the “Republican” gubernatorial nomination in 2018.