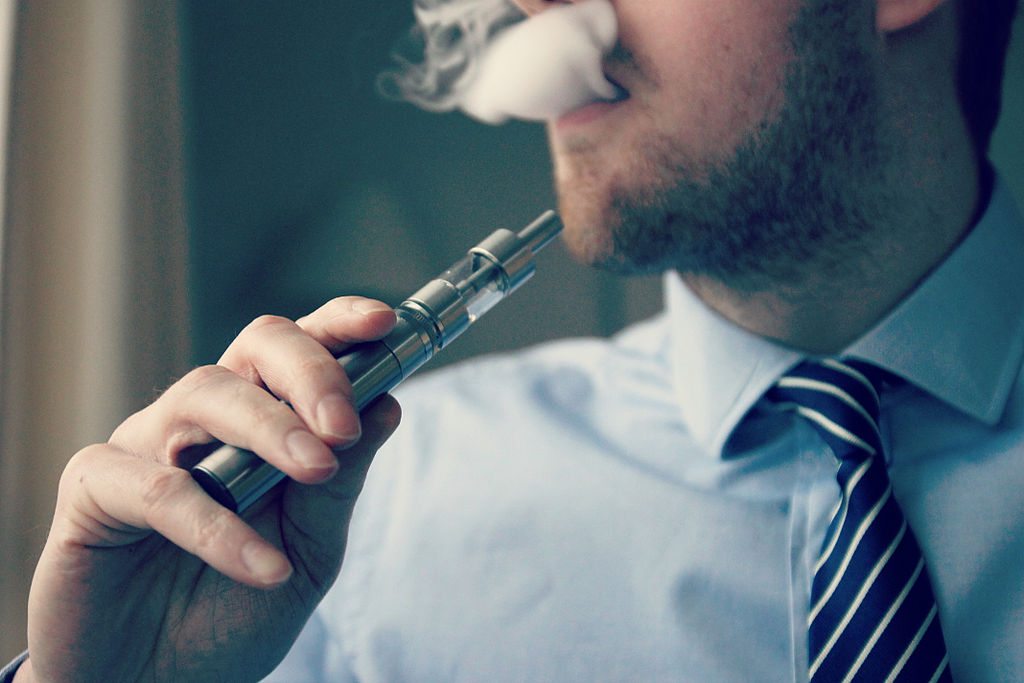 NOW THE GOVERNMENT WANTS TO SHUT THEM DOWN

|| By ROBERT ROMANO || E-cigarettes are a relatively inexpensive smoke cessation product – and they probably saved my life.

Thanks to short-term, temporary use of a refillable e-cigarette, I was able to quit smoking cigarettes on a consistent basis for the first time since I started smoking twenty years ago.

This is not a scientific study.  Nor a paid advertisement.  I am getting married, and my fiancé demanded I quit smoking, and suggested I use the e-cigarette to stop.

Now, several months later, I no longer use the e-cigarette and, crucially, I did not return to smoking.  I certainly thank my fiancé – thanks, babe! – whose nagging was undoubtedly helpful, too, but mostly it was her suggestion that I use the e-cigarette instead of other products I had failed to quit smoking with in the past.

That they were significantly cheaper than nicotine patches or gum – which are highly regulated by the Food and Drug Administration’s (FDA) Center for Drug Evaluation and Research – was a huge bonus, too.

When I had tried quitting with nicotine gum, I was shelling out something on the order of $10 to $15 for every 20 pieces of gum, or $0.50 to $0.75 for every single craving.  It was more expensive than cigarettes!  A pack of 20 cigarettes was still less than $10, even as highly taxed as they are in Northern Virginia. Cigarettes were costing me about $0.40 per craving.

In contrast, I could get a refillable e-cigarette – which can last several weeks depending on frequency of use – for about $25 and then the liquid for about $8 per canister.

Instantly, I noticed a huge difference.  I wasn’t using the e-cigarette as much.  Just a puff here or there satisfied my craving.  Each canister of e-liquid lasted weeks, instead of days.  Suddenly, my cost per craving was reduced to about $0.17.

This gave me two incentives to use the e-cigarette: Save my life and save money.  The gum I had tried could only claim one or two of these, but since it had failed so many times for me, really it could claim neither.

Now, I’m off the e-cigarette. Apparently just in time.  The FDA has now stepped in with costly new regulations on e-cigarettes that will undoubtedly make them more expensive to purchase.

How perverse is that?  The government – in a supposed bid to “save” lives – is guaranteeing through regulation to make it more expensive to purchase products, e-cigarettes, that can help save lives.

Perhaps the FDA is trying to pick winners and losers in the market.  Maybe they think e-cigarettes are too cheap and the gum and patch makers are losing money.  Who knows?

If the FDA was honest, instead of making e-cigarettes more expensive, they would get out of the way and allow for the markets to work – the way they worked for me.

What if the cost per craving on an e-cigarette gets higher than buying cigarettes? What will happen? For me, it took a few months to ween off the nicotine.  But if it had cost more than the cigarettes cost, like the gum, perhaps I would not have persevered.

Again, this is not a scientific study or anything.  Just my own personal experience.  For whatever reason, this is the time I quit.

Perhaps it really was my fiancé nagging me.  Or the monetary savings of the e-cigarette versus actual cigarettes.  Or maybe, just maybe, for me, a smoker of 20 years, the e-cigarette was a more effective product.

And it saved my life.

Thank goodness I was able to finally quit smoking.  And I didn’t even need a government-regulated product to do it.  Perhaps that is why the FDA is moving in to stop e-cigarettes.’

The Best Little Whorehouse In Georgetown