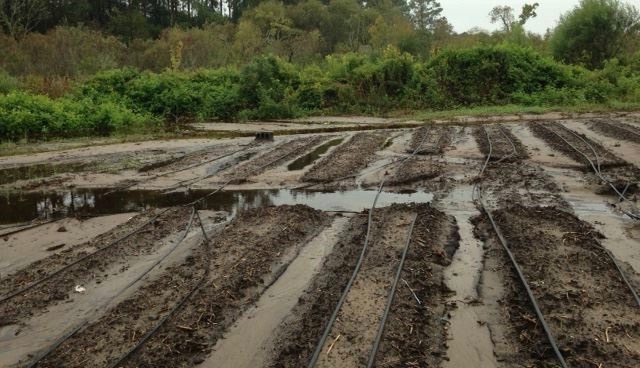 GOVERNOR GETS SOMETHING RIGHT FOR A CHANGE …

Anytime government gets involved in a business, waste and cronyism is bound to follow.  Which is why government should stay the hell out of business, in our opinion.

Farming is no different – as this website has exposed in the past.

Anyway, we oppose farm subsidies.  Always have, always will.

S.C. governor Nikki Haley?  We’re not sure of her position on the issue, but she has staked out her intention to veto a $40 million emergency “farm relief” bill passed by the S.C. General Assembly – passed to provide relief to farmers who were adversely impacted during last October’s “Floodmaggedon.”

Hold up … Haley is actually planning on vetoing something?

“I will not support any bailout of any industry over any other industry that has suffered from this thousand-year flood,” Haley said at last weekend’s sparsely-attended “Republican” state convention.  “I will veto that next week.  We do not do bailouts in the state of South Carolina.”

Wait … what? “We do not do bailouts in the state of South Carolina?”

Well … unless it’s for Boeing.  Or Volvo.  Or Haley’s buddies in the pharmaceutical industry.  Or for tourism marketing.  Or for our state’s demonstrably-failed government-run education system.

Haley also doesn’t mind bailouts when they benefit her administration.

Hypocrisy aside, Haley is correct in threatening to veto this bill.  Not only is it government picking winners and losers in the economy … there are serious questions as to whether there will be accountability in how the money is disbursed.

We have no problem with the notion of disaster relief – although government does a piss poor job administering it (and uses it to push all sorts of far left ideology).

But Haley is right on this particular issue: Bailing out one group at the expense of another is wrong.

We just wish she would consistently advance that belief in a manner consistent a government that limited itself to core functions.

Opponent Of “Sexting Sheriff” Has Some Issues, Too