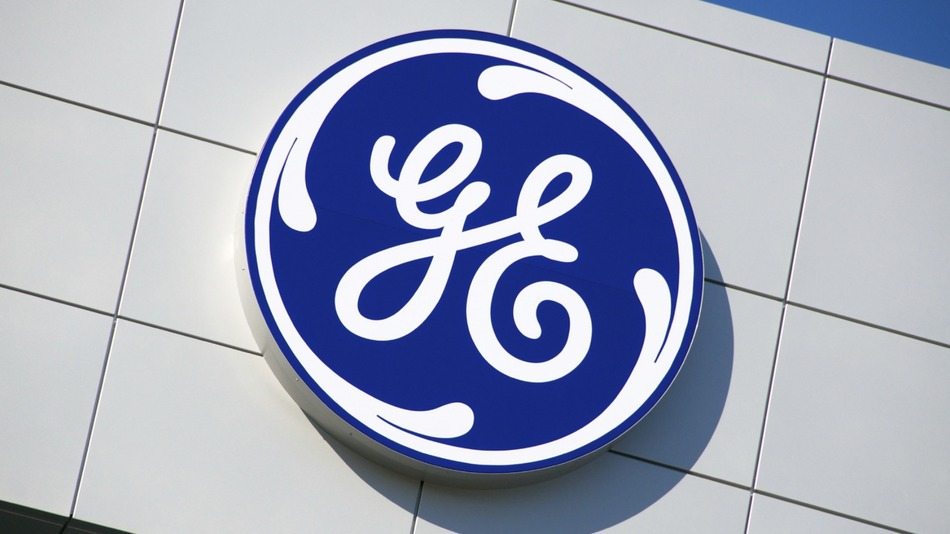 || By FITSNEWS || Corporate behemoths Boeing and General Electric (GE) are unhappy that a crony capitalist slush fund has been temporarily shut down by conservative lawmakers in the U.S. Congress.

So they’re venting their anger on American workers …

This week, GE announced it was going to shift 500 jobs – including an undetermined number of South Carolina positions – to “countries that support high-tech exporters.”

Boeing previously announced similar plans … although none of its Palmetto State jobs appear to be on the chopping block.

The companies are threatening these moves in response to the failed reauthorization of the U.S. Export-Import Bank (a.k.a. “ExIm”), which provides government-backed low interest loans to foreign countries doing business with these mega-corporations.

The market-distorting subsidies doled out by this slush fund make things more expensive for you.  For example, when foreign companies have a competitive advantage in buying planes, they can undercut U.S.-based airlines on price – forcing the American carriers to abandon routes entirely (i.e. Delta’s New York to Mumbai route, among others).  That leads to less competition – and higher ticket prices.

This website has consistently opposed corporate welfare of any sort (unlike some two-faced politicians in this state).  We believe the playing field should be level for businesses large and small, and that the market should be free – not micromanaged from Washington, D.C.

You should tell everyone the entire story. GE has no choice but to obtain export financing from a governmental export credit agency to bid on the projects in France. If you’re the CEO of GE, what would you do? Turn down business, when one of the requirements of the job is available in the country where the customer is located? The fact is proponents of shutting down the Ex-Im Bank, have caused 500 Americans a high paying job, and GE is going to utilize a government export credit agency, just in another country. In this case you’re doubly stupid, we lose the jobs, capital investment, tax revenue, and a worthy creditor and guaranteed payback on a prospective loan to the US Ex-Im bank is lost to France.

“GE said it needed to include export financing of the kind formerly provided by the Ex-Im Bank in order to bid on billions of dollars’ worth of work to make power turbines and generators for various foreign countries, including Indonesia.

GE said it couldn’t get the export financing for the overseas customers in the United States since the Republican-led Congress let the Ex-Im Bank’s authorization expire at the end of June, effectively putting the federal lending agency out of business.

So GE said it turned to the bank’s equivalent in France to obtain a line of credit for the global power projects. As a result, GE said it is required to put 400 jobs it expects to create, if it wins the business, in France instead of in Greenville, Schenectady, New York, and Bangor, Maine.

GE said it was required to show proof of financing from a governmental export credit agency in order to bid on the power turbine business, which meant it could not work with a U.S. commercial bank.”

Captain Renault is shocked that you would accuse Will Folks of not telling the whole story. It’s as if you think Folks would slant stories to fit some preconceived agenda. Shame on you.

“The fact is proponents of shutting down the Ex-Im Bank, have caused 500 Americans to lose a high paying job, *and* GE *is* going to utilize a government export credit agency, just in another country.”

If someone else’s government wants to subsidize US business, let them.

You think the risk & crony capitalism to the tune of $70 billion in loans at a cost of $2 billion a year is worth 500 jobs?

If banks in their own countries aren’t willing to lend to finance projects why should the US taxpayer be forced take such a risk?

None of this is “capitalism”, it’s fucking fascism, and you’re encouraging it while whining over 500 jobs.

You ZERO understanding of what a free market is and why it’s important to have it despite the rest of the world hoisting fascist policies that encourage central planning at taxpayer risk.

Enough with the fascist bullshit.

“Ooh but they are willing to finance projects if they manufacturer and create jobs in there own countries.”

Who gives a fuck? Europe is a failing/failed story in economic central planning and fascism.

Let them continue on with the party.

Your Fascist leader Trump is the king of crony capitalism, so go fuck yourself, and eat a gun, loser. Your failure to understand how the world works, is indicative of you and your fellow traveling low information voters. At your next meeting of the Flat Earth Society, you should all perform a mass suicide, so we can clear the disability rolls.

Trump? Who gives a fuck about Trump. You want to emulate a centrally planned economic suicide that join your fellow compadres swimming in stale economics and failing government over in socialist Europe.

Right, I understand you’re so fucking stupid you’re unable to comprehend that the contract GE bid on in France required use of a government sponsored Ex-Im bank. Obviously you’re more comfortable swapping chickens for your neighbors goat milk, and have no clue regarding global finance and how multi-national corporations operate. I’d prefer there not be an Ex-Im bank, but as long as other countries use them, and our companies are required to use them, we should not unilaterally disarm, just as Trey Gowdy stated on the subject. S go fuck yourself, you stupid loser.

“I’d prefer there not be an Ex-Im bank”

Then shut the fuck up dumb ass.

“but as long as other countries use them, and our companies are required to use them, we should not unilaterally disarm”

What the fuck are you talking about? So what if other countries “use” them? Let them fuck their taxpayers. Disarm? Disarm from stupidity?

Go suck some Trey Gowdy cock over in the red light district of Fascistville while one of his crony friend sticks his dick up your ass.

Either you’re retarded, or really stupid. GE can’t bid on the job without an Ex-Im Bank as part of their financing. You should leave your trailer park some time, and learn how the world works, you stupid fucking moron.

You don’t get it pillow biter, if other countries want to use taxpayers to subsidize companies, LET THEM.

That doesn’t mean that our country should do it. It’s no surprise that most other countries rape their taxpayers, that used to be one of the things that made the US different.

You have to be really a really fucking stupid beta male to whine “I don’t want tooooo!” and then say “but I HAVE to take it up the ass!”.

GE will be just fine without an EX-IM bank and European countries not allowing them to bid because they want US taxpayer guarantees can go fuck themselves, just like you.

One thing I do agree with you on is that Trump reminds me of the ultimate fascist Mussolini (the body english and the speeches he gives)
I was saying that over a month ago and now a number of high-paid pundits are expressing the same thoughts
But what does a West-by-God Virginian by birth and “rasin” who treats hazardous waste for a living know?????

Perhaps because it is similar to the old saw about the difference between recession and depression. Recession is when your neighbor is out of a job. Depression is when you are. If you were one of the 500, do you think you would care?

There are lots of sad stories about people losing their jobs because of the inability of companies to get loans, but that doesn’t mean it’s time to tax 150 million people so that a few of those unemployed can land them.

What is the “tax” of which you speak?

How do you think the EX-IM bank is supported? Fairy dust?

The only reason proponents claim “it doesn’t cost anything” or makes money is because of accounting bullshit that defers cost.

That’s aside from the fact that taxpayers shouldn’t be on the hook guaranteeing loans to foreign corporations that can’t get loans from anyone else.

Is this your response? I will make it clearer for you. How is the bank funded? Do they give industries grants or is it loans? If it is loans, are they repaid? Or is it loan guarantees? If so, to whom? Have any industries defaulted?

You’re either disingenuous or stupid. You made it plenty clear and I gave you a complete answer. If you can’t understand there’s nothing more I can do.

So you have no answer. I heard Trey Gowdy speak on this topic and he saw no problem with the bank. I don’t believe he fits your frame as regards ideology.

I gave you the answer and you can’t understand it.

The only “answer” I see is that you don’t like the bank and they use a law required accounting procedure that CBO says is faulty. So I guess the bank is at fault for obeying the law. Is that your “answer”?

“The only “answer” I see is that you don’t like the bank and they use a law required accounting procedure that CBO says is faulty. ”

Thus highlighting the problem. Go do some research.

You are wasting your time on the bank. If the law is indeed faulty, then you need to be contacting your Senators/Representative. You have done that, right?

Yes, I’m sure you’re right. I’ll call them and they’ll listen. Most of them don’t need any money from GE or worry about an opponent that will take their money.

Per the article you referenced, the bank is REQUIRED by law to use the accounting methods it uses. So if those methods have faults, then contact your senators/representatives to have the law repealed or changed.

Since it once happened to me (PMSC to CSC), I know that I’d spend a lot more time finding a job than worrying about the job I was losing – so no, I wouldn’t “care”. We have created a safety net so large that they’ll never hit bottom and will likely leave GE with a nice severance check.

Like it matters. Mitch and John are going to sneak in re-authorization and we’ll move on. Just another item that will upset the base.

Not micromanaged from Washington, DC”
FITS ol’ buddy…… that’s EXACTLY what your ass-hole buddy Trump WILL be doing IF he is elected prez!!!

This is just Republicans fighting with each other over which billionaire donor they want to benefit the most.

Wall St Banker or Fortune 500 CEO: “Socialism for me, capitalism for everyone else!”

Boeing and GE do this and their US CEOs and Executives will be run out of the US under the threat of death from millions.

These corporations are just looking for excuses to bolt for China and elsewhere. This is nothing but political cover for them.