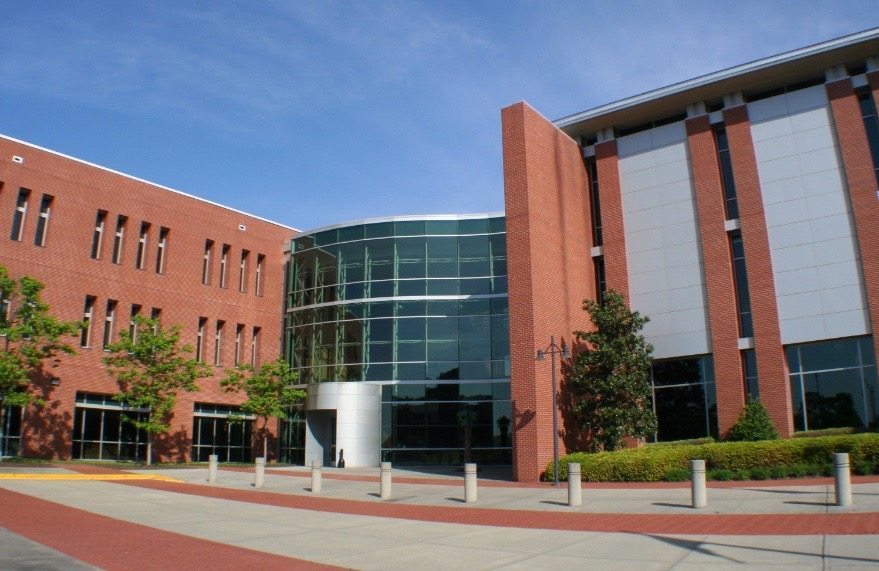 S.C. ARCHIVES AND HISTORY DEPARTMENT CROWDS IN ON “DAY OF GIVING”

This website is all for philanthropy. Big government doesn’t like it very much, but there’s probably a good reason for that …

Numerous studies (including several cited in this piece) have shown private charities administratively absorb only about one-third of the donations they receive.  Big government?  Anywhere between two-thirds to three-quarters of its budgets go to overhead.

Obviously private giving can’t compete with tax revenues … but it does better than you might suspect.

Americans are expected to give an estimated $468 billion to charities this year, according to the Atlas of Giving – not a bad chunk of change.  We applaud the “givers,” too.  Not only are they advancing their beliefs via the free market  … but their contributions in many cases create a material benefit for those in need.  Far more efficiently than government, too.

Anyway … the charitable spirt was on display this week in Columbia, S.C. via the #MidlandsGives campaign.  Organized by the Central Carolina Community Foundation, the annual event is part of the group’s mission to link “charitable people and businesses with areas of need in our community.”

Crowding in on this “day of giving?”

Government … specifically the S.C. Department of Archives and History (SCDAH).

Never heard of this agency?  Most haven’t …

The last time it made the news was way back in 2012 when S.C. governor Nikki Haley was busted deleting government emails.  Haley’s conduct clearly ran afoul of state law governing the retention of records, statutes which SCDAH and its director Eric Emerson are tasked with “enforcing.”

Emerson’s agency is also statutorily charged with “preserving and promoting the documentary and cultural history of our state,” whatever the hell that means.

To do these jobs, the agency gets a $4.7 million line item in the state budget.

Apparently that’s not enough, though …

How do we know?  Because the agency has been engaged in non-stop soliciting during the #MidlandsGives campaign. 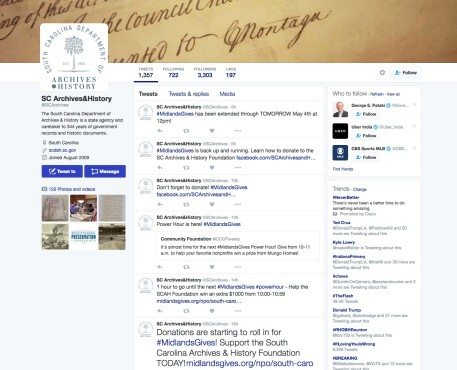 To be fair, the department is not technically soliciting funds for itself.  The solicitations are for the S.C. Archives and History foundation, a non-profit that “supports the efforts” of the state agency.

Of course during the #MidlandsGives campaign, the relationship was reversed: Taxpayers were supporting the foundation.  Aside from the incessant Twitter bombardment, Emerson and SCDAH “advancement coordinator,” Grace Salter, were all over local media urging donors to support the foundation.

We had fun filming for @wis10 Sunrise program today! Tune in on 5/3/16 for the SCAHF’s feature for #MidlandsGives pic.twitter.com/71qCsVRfEs

Taxpayers shell out $95,424 a year (not counting benefits) on Emerson’s salary.  And last time we checked, soliciting funds for a foundation was not part of his job description.

Adding another layer of intrigue to this curious relationship?  The foundation is run out of the offices of uber-liberal South Carolina lobbyist Richard Davis – which raises all sorts of red flags.

This sort of insider-driven co-mingling drives us absolutely insane.

Seriously: Shouldn’t the foundation do its own soliciting for funds?

Also, speaking of this elusive foundation: When does its board meet? Where are the minutes?  How much money does it raise?  And how are these monies disbursed?

Because last time we checked powerful insiders like Davis – who is known to dole out big rental payments to a sitting state lawmaker – don’t work for free.

“Rather than form a legit foundation and have board members giving and fundraising, they are just doing (it) themselves on taxpayer time,” one observer noted.

Preserving public records is obviously a core function of government – and we support taxpayer funding to accomplish that task. Public records are vital to transparency, which is vital to accountability – we get that. And in the digital age, it’s easier and cheaper than ever to preserve records (in searchable formats, even).

But there are some serious questions regarding this relationship … questions we hope lawmakers will look into not only as it relates to this department, but throughout state government.