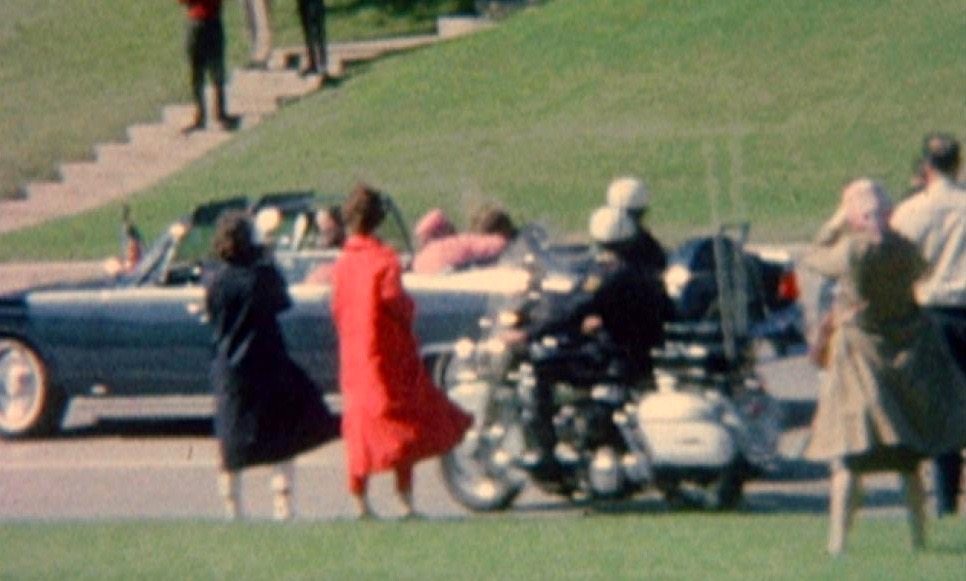 Let’s face it: The 2016 presidential election has turned into a bad acid trip.  It’s gone round the bend.  Jumped the shark.  Become unhinged.

The only thing driving this train?  Pure insanity (and then some).

We suppose such an unruly circus is befitting a bankrupt empire now decidedly in decline … to say nothing of a party on the verge of a full-scale implosion.  And while we weep for the country, we’re shedding no tears for the GOP.

The party is getting everything it deserves …

The latest bizarre story to surface in this contest?  Allegations that Rafael Cruz – the dominionist pastor/ father of U.S. Senator Ted Cruz of Texas – was somehow involved in the 1963 assassination of U.S. president John F. Kennedy.

According to investigative reporter Wayne Madsen – author of the “Marco Rubio is gay” theory – the elder Cruz was “in Dallas and New Orleans before the November 22, 1963, assassination.”  Not only that, Madsen suggests there is “strong reason to believe that Cruz was associated with Central Intelligence Agency’s anti-Castro operations.”

According to Madsen, “a Cuban hired by alleged JFK assassin Lee Harvey Oswald and who bears a striking resemblance to Cruz is seen in an iconic photograph of Oswald.” 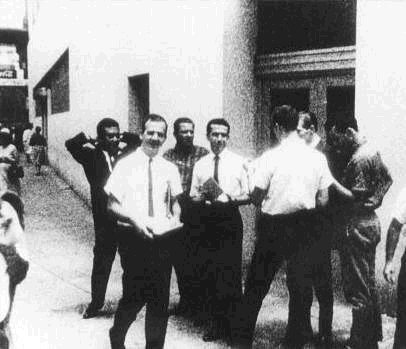 This, of course, was the infamous August 1963 incident in which Oswald was arrested following an altercation with anti-Castro Cuban activist and attorney Carlos Bringuier.

Oswald’s “fight” with Bringuier was widely-believed to have been staged – part of a broader effort to paint the alleged Kennedy assassin as a pro-Castro communist in the months leading up to the fatal shooting.

These are the leaflets Oswald was handing out in New Orleans … 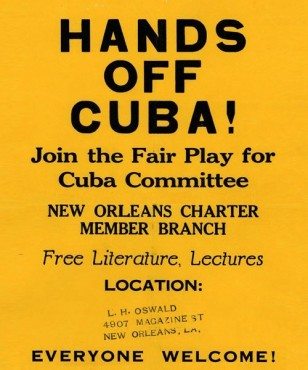 Was Raul Cruz part of the conspiracy to assassinate JFK?

Madsen’s report has been dismissed by other outlets as “completely tenuous, evidence-free speculation,” but it does raise some interesting questions regarding the elder Cruz’s alleged connections to the Central Intelligence Agency (CIA) and the political empire of former CIA director and forty-first U.S. president George H.W. Bush.

We’ve addressed the JFK parlor game previously, arguing that the Kennedy assassination is a mystery that will never be solved.

“The Kennedy assassination has become the ultimate rabbit hole – a search for specific truths which will never be found. It’s also become a distraction from the fundamental truth staring all of us in the face,” we wrote a few years ago on the fiftieth anniversary of the shooting.  “And what is this fundamental truth? That in some form or fashion unlikely to ever be exposed, Kennedy was killed by his own government for pursuing policies counter to its most powerful established interests – most notably an attempt to end the Cold War and the global interventionist foreign policy associated with it.”

The “neoconservatives” always win, though.  There’s really no point even trying to stop them.

The sad truth?  Kennedy – a Democrat who has become nothing short of a progressive deity – wasn’t just right on foreign policy.  He was actually further to the right on fiscal issues than the vast majority of “Republicans” currently seeking the White House.

Don’t believe us?  Take a look.

“He’d be a right-wing knuckle dragger in this race,” one veteran national operative told us.

SC Primary: Open … But Not That Open