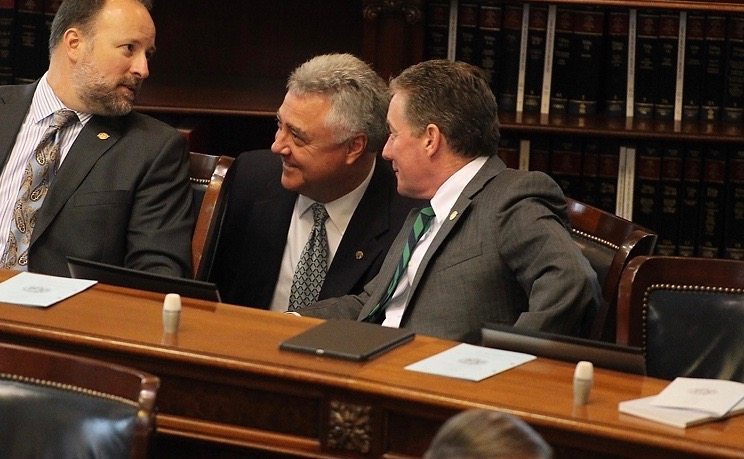 The veteran lawmaker – who has represented S.C. Senate District 37 (Berkeley and Charleston counties) for the past nineteen years – finished in third place in the 2013 special election for this district.

As for mounting another congressional bid, Grooms said he’d “done that” and didn’t “ever care to do that again.”

Once a fiscal conservative champion in the State Senate, Grooms has veered wildly to the left in recent years – drawing the ire of tax hike opponents.  He’s become the definition of a status quo “Republican,” and we regret ever lending him our endorsement.  In fact, we’re hopeful someone will challenge Grooms – and beat him – in his State Senate district.

Sanford – a sellout and national laughing stock – is being challenged this spring by S.C. Rep. Jenny Horne.  Former S.C. lieutenant governor André Bauer has reportedly been mulling a bid for the seat as well.  Redrawn in advance of the 2012 elections, the first district stretches along the Palmetto State’s Lowcountry coastal regions.