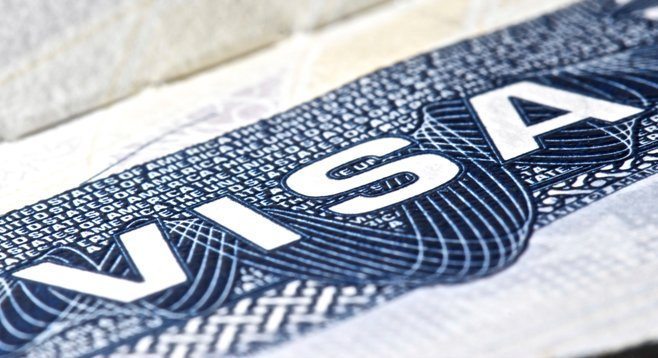 The controversial program permits foreign nationals to work in America for anywhere from three to six years – usually in high-tech computer positions.  The program is supposed to be capped at 65,000 visas a year, but it routinely brings in more than twice that number due to an array of exemptions.

During a “Republican” debate in Detroit on Thursday night, Trump signaled a shift in his position on H-1B visas.

“I’m changing. We need highly-skilled people in this country,” Trump said during the debate. “If we can’t do it, we will get them in.”

“So you are abandoning the position on your website?” debate anchor Megyn Kelly asked Trump.

“I’m changing it and I’m softening the position because we have to have talented people in this country,” Trump responded.

Roughly an hour after the GOP debate concluded, Trump’s campaign issued a statement looking to clarify his position …

Megyn Kelly asked about highly-skilled immigration. The H-1B program is neither high-skilled nor immigration: these are temporary foreign workers, imported from abroad, for the explicit purpose of substituting for American workers at lower pay. I remain totally committed to eliminating rampant, widespread H-1B abuse and ending outrageous practices such as those that occurred at Disney in Florida when Americans were forced to train their foreign replacements. I will end forever the use of the H-1B as a cheap labor program, and institute an absolute requirement to hire American workers first for every visa and immigration program. No exceptions.

Our nation – which is currently more than $19 trillion in debt – simply cannot afford such an “open borders” policy.

Of course the real problem exposed by the H-1B visa controversy is America’s disastrous education system – which has been crippled by decades of excessive government intervention.

Until we return to an outcome-based, market-driven system of education – our nation will continue producing dumb generations incapable of filling the U.S. market for high-tech jobs.