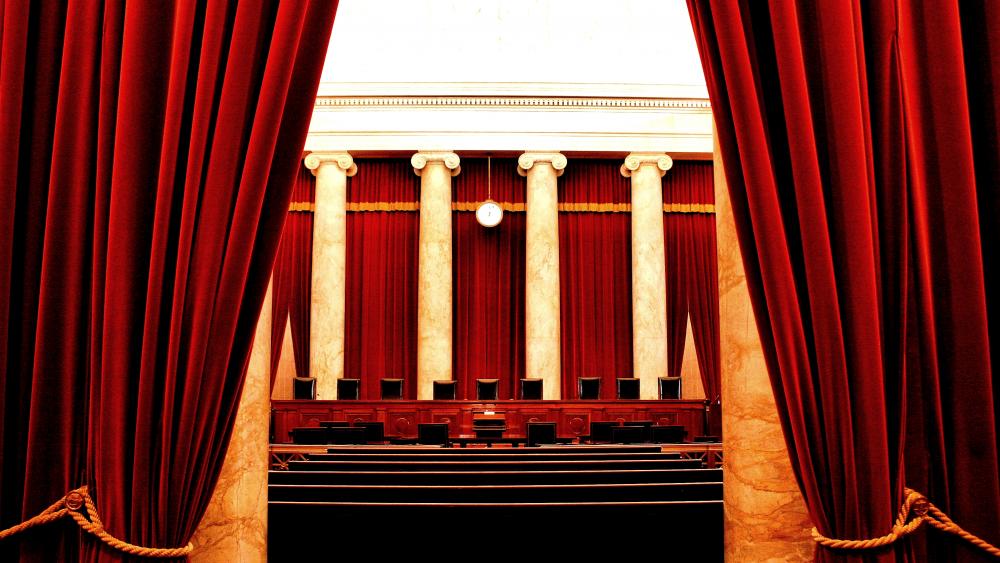 WHAT SHOULD BE DONE ABOUT ANTONIN SCALIA’S SEAT?

We’ve purposely refrained from weighing in on the ongoing debate over the U.S. Supreme Court: Namely whether “Republican” congressional leaders should block president Barack Obama from appointing a liberal replacement for justice Antonin Scalia, the arch-conservative jurist who died last month.

It’s not that we don’t have thoughts on the matter … we just wanted to collect them first.

First, the facts: In the immediate aftermath of Scalia’s death, liberal establishment “Republicans” – who have done nothing to check Obama’s executive overreach – said they would not consider any candidate nominated by Obama.

As of this week, that remains their position.

“They were adamant. They said, ‘Nope,'” Democratic leader Harry Reid told reporters following a meeting with Obama and GOP leaders at the White House. “All we want them to do is to fulfill their constitutional duty and do their jobs. At this stage they decided not to that. They’re going to wait and see what President (Donald) Trump will do I guess.”

The U.S. Constitution gives presidents the authority to appoint Supreme Court justices to lifetime positions – with the advice and consent of the U.S. Senate.  After the late 1980s – when a pair of conservative nominees submitted by Ronald Reagan were shot down – “Republicans” have tended to nominate moderate candidates to the bench while approving far left candidates from Democratic presidents.

That’s how Obamacare was upheld … twice.

Of course Obama’s administration believes Reagan gave them a precedent when he bemoaned the Democratic-controlled U.S. Senate’s refusal to confirm selections made during his final year in office.

“Every day that passes with the Supreme Court below full strength impairs the people’s business in that crucially important body,” Reagan said in early 1988, his final full year in office.

According to Obama, that’s the mother’s milk of precedent with “Republican” lawmakers.

We’ve got several thoughts on this matter …

First, the Constitution is clear: Presidents fill vacancies on the bench.  At the time of Scalia’s death, Obama had roughly a full year left on his term – meaning the argument against his right to name a successor is a pretty weak one.  Sure, “Republicans” have done a good job framing the whole thing as something “the people should decide” (i.e. in November) – but what about the tens of millions of people who didn’t vote for their lame ass candidate in November 2012?

Ultimately, the people did decide.

A far more compelling argument?  Obama’s unmitigated contempt for the Constitution … and the fact his allies have shredded the judicial confirmation process in the past in an effort to appoint judges who share his radical ideology.

Seriously: It’s almost comical to see this president now invoking a document he’s pretty much seen fit to wipe his ass with over the last seven years.

So … no.  We have no problem with the GOP holding Obama’s final U.S. Supreme Court appointment hostage.

There’s one other reason we approve of what the “Republican” U.S. Senate is doing: We’d hate to oppose them the one and only time they actually stood for something.

What do you think? Should Obama appoint? Should “Republicans” hold hearings on his appointment?