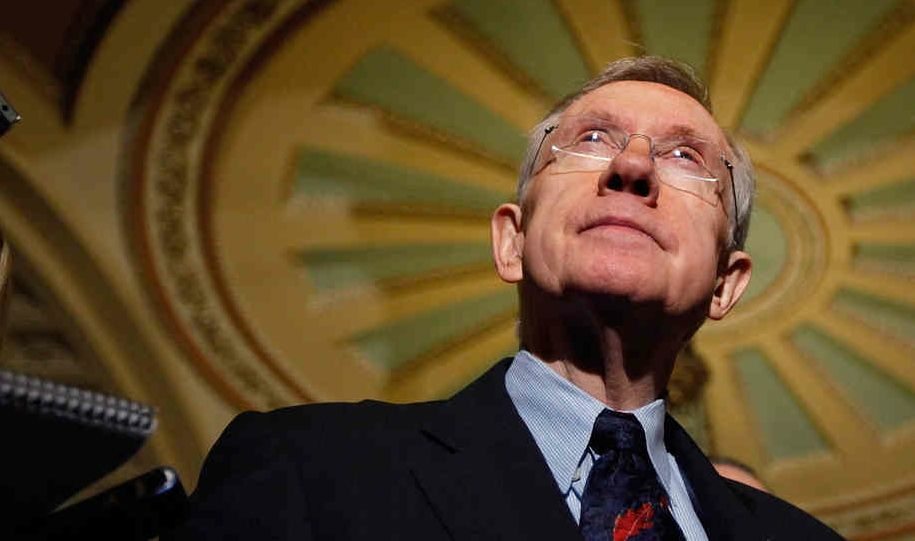 The U.S. Senate has eliminated the filibuster for all presidential nominees except Supreme Court justices – paving the way for U.S. President Barack Obama to appoint a flood of controversial appointments to the executive and judicial branches of government.

“It’s time to change the Senate before this institution becomes obsolete,” Reid said in announcing a vote on the rules change.

Reid’s rule change – long referred to as the “nuclear option” – passed by a simple majority vote of 52-48. Three Democrats joined Republicans in opposing the measure – Carl Levin of Michigan, Joe Manchin of West Virginia and Mark Pryor of Arkansas.

Under the old rules, Democrats needed sixty votes to block filibusters of presidential nominees. Now they only need a simple majority.

Reid immediately used the rule change to confirm liberal judge Patricia Millett to the D.C. Circuit Court of Appeals – the second-highest court in the nation. Obama has been eager to fill several vacancies on this court in an effort to obtain more favorable rulings in his second term – and Reid made it clear back in August that swinging the balance of power on this court back in Obama’s favor was a top priority.

“There’s three vacancies, we need at least one more, and that will switch the majority,” he said at the time.

But this is about more than just judges, it’s about all of Barack Obama’s executive appointments too … in fact were this rules change in effect back in the spring, U.S. Sen. Rand Paul (R-Kentucky) would have never had an opportunity to stage his famous filibuster on the issue of drone strikes.

The move is also a rebuke of liberal “Republicans” such as Mitch McConnell, John McCain, Lamar Alexander and Lindsey Graham, all of whom have played footsie with Democrats on these appointments in the past.

Dick Elliott Denies Being A Groper

What a bunch of hypocrites we have in D.C., what goes around comes around. The Republicans are screaming now later it will be the Democrats.

Did SC’s senior Democrat Senator (Lindsey Grahamnasty) vote for this, too?

So once they get ready to lose the Senate will they go ahead and vote to switch it back?

Of course, that’s the hypocratic, uh hypnotic, uh, you know what I mean, it’s that way.

Well of course, this point is typical Teapublican dumb. If the Democrats change it back and the Republicans take the Senate, they can simply reverse the reversal. The fact you got three Tea-nuts to vote for this comment makes it triple Teapublican dumb.

FANTASTIC!!!
No AMERICAN should have a problem with majority rule.
Now, if only John Boehner and his coked up majority would get rid of the Hastert Rule and allow people of both sides to vote for what they think is best for the country, rather than the continued one man tyranny of Boehner deciding what will be voted on, we might actually get our democracy back from the saboteurs.

“Bear in mind this sacred principle, that though the will of the majority is in all cases to prevail, that will, to be rightful, must be reasonable; that the minority possess their equal rights, which equal laws must protect, and to violate would be oppression.”-Thomas Jefferson

“The majority, oppressing an individual, is guilty of a crime, abuses its strength, and by acting on the law of the strongest breaks up the foundations of society.”

Thomas Jefferson- “American”, who also helped write a Constitution under which property owners(or taxpayers), poll taxes, etc. could be effected in a way to allow only those who contributed to vote.(prior to Amendments)

Also, if you read the Constitution, “white” was never specifically mentioned anywhere. The racism was done on state levels.

Well lets just say, the “founders” did not envision black people or Indians voting whether they said in writing or not. But, all in all, I guess that is a quibble, given that the founders envisioned over half the population would never be allowed to vote no matter their race or how much they “contributed”.
Also, what folks seem to forget is that one’s “contribution” is a function of what one pays in reduced by the value of what one receives in return.

Goes FAR beyond just the founding fathers, mind you:

“I will say then that I am not, nor ever have been, in favor of bringing about in any way the social and political equality of the white and black races,” he began, going on to say that he opposed blacks having the right to vote, to serve on juries, to hold office and to intermarry with whites.

Suffice to say that even though Obama’s a huge fan of Lincoln, somehow I doubt Lincoln would have been a huge fan of him (but not for more legitimate reasons, for sure).

At least the government would have considered him 3/5ths of a person, though!

The south didn’t want the 3/5ths, why do you suppose the north did?

The south didn’t want them recognized as men. Period. So technically you are right.

You are right about that but tell me why didn’t they want to count them a 3/5ths?

So does that mean I don’t have to work anymore?

I don’t get your point. It is totally unresponsive to my post, So I assume this is just tea-nut crap.

“a pure democracy, by which I mean a society consisting of a small number of citizens, who assemble and administer the government in person, can admit of no cure for the mischiefs of faction. A common passion or interest will, in almost every case, be felt by a majority of the whole; a communication and concert result from the form of government itself; and there is nothing to check the inducements to sacrifice the weaker party or an obnoxious individual. Hence it is that such democracies have ever been spectacles of turbulence and contention; have ever been found incompatible with personal security or the rights of property; and have in general been as short in their lives as they have been violent in their deaths.”-James Madison, Federalist #10, “American”

Should have done it long ago.

You mean when the Republicans were thinking about it in 2005?

I believe every Presidential nominee, be the nomination made by a Democrat or a Republican ,has the right to an up or down vote on his/her nomination.

Yes, yes, that’s what everyone says now, but watch the tune change when the Republicans get the majorities and presidency again.

LMAO!! That will never happen!

Not with the teaturds gumming up the works.

Cannot wait for Obama and Haley to be gone.
i feel the same about the majority of these crooks (both Reps. and Dems.).

Not much different than the House Republicans changing Clause 4 of Rule XXI on the first of the shutdown!!

This article is filled with inaccuracies. Not to mention illogic.

First, most of the appointees are not controversial at all. Republicans have simply been holding up their appointments to leverage other concessions from the administration.

Second, the move is not a rebuke of liberal “Republicans” such as Mitch McConnell, John McCain, Lamar Alexander and Lindsey Graham. It is an acknowledgement that the Tea-nut wing of the Republican party was going to stonewall everything and prevent the government from functioning for their own political gain and the monetary gain of their contributors, like the Koch brothers. If anything it is a rebuke of Ted Cruz and Rand Paul, etc. etc.

McConnell tried to blame Democrats for the Senate’s current dysfunction, alleging that prior to 2000 the filibuster had not been used to block Judicial nominees from being seated, and that Republicans were just doing what the Democrats had done after Bush was elected. What he failed to explain is how shutting down a maneuver he claims was not used in the first 224 years of our nation’s existence is in any way a material change to the governing of the Nation, and how that statement does not support this change.

Further he failed to point out that half the nominees filibustered in the entire history of the United States were blocked by Republicans during the Obama administration; and even judges that have broad bipartisan support have had to wait nearly 100 days longer, on average, than President George W. Bush’s nominees. In other words unprecedented obstruction by Teapublicans.
Finally, He also failed to mention he tried to push through this same thing in 2005 and could not get enough votes to do so.

This article is filled with inaccuracies. Not to mention illogic.

Welcome, friend! You must be new here! Feel free to make yourself at home, but watch out for the GrandTango, he’s a bit rabid.

Second, the move is not a rebuke of liberal “Republicans”

As for Boehner, I’m sure Reid wishes this change destroyed the Hastert rule too, as well as the rule change that prevented House Democrats from proposing a much sooner end to the shutdown that Republicans said “would fail” but were perplexingly unwilling to demonstrate.

William: How dare you! How can you bring the facts into the issue! The “GOP World,” the facts are irrelevant.

It’s obvious some of you are happy now but just wait.

It behooves every man who values liberty of conscience for himself, to resist invasions of it in the case of others: or their case may, by change of circumstances, become his own. ~Thomas Jefferson

We are indeed a Representative Republic, but as Franklin said, if you can keep it.

Some of you should read then Senator Obama’s words when Republicans were threatening the nuclear option. Hypocrisy it does abound from the top on down.

The cold, hard numbers tell why everyone has reversed on this one.

That’s pure bullshit, not everyone, only the hypocrites.

Check your notes. Republicans tried to do this in 2005 and could not get enough votes. Of course you are accurate in your assessment that after the Civil War the southern racists became Democrats to oppose Republicans from the North. But when Democrats from the North pushed through civil rights legislation in the 60s the Southern racists abandoned the Democratic party and became Dixicrates and then REPUBICANS. Which is where they remain.

Democrats pushed through…never would have pushed anything through without Republicans.

You should consider changing your name to “Past History” there kid. Apparently you’re not up to date.