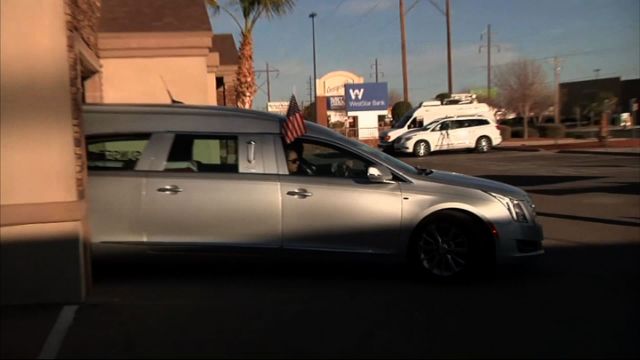 On November 22, 1963, the course of American history changed suddenly, substantively and irrevocably when John F. Kennedy was murdered in broad daylight on the streets of Dallas, Texas.

Kennedy – who would pass for a conservative in today’s political world – was killed because he intended to move America in a direction the status quo feared.  And while he was clearly no saint … the vast majority of the changes he was pushing for would have benefited the nation.

So … who killed Kennedy?  We’ll probably never know … in large part because there was no autopsy performed on his body in the immediate aftermath of his assassination.  A military autopsy on Kennedy’s body was performed later at Bethesda Naval Hospital – although its findings have been widely debunked.

Many believe Kennedy was killed by his own government … and cite the Bethesda autopsy as evidence of a cover-up.

Antonin Scalia – a conservative icon and the longest-serving member of the U.S. Supreme Court – was found dead at ranch resort in West Texas.  His death is likely to mark a seismic shift in the ideological direction of the high court – potentially opening the door to a flood of left-leaning opinions benefiting the agenda of liberal U.S. president Barack Obama.

The 79-year-old Associate Justice was in Texas for a private retreat – and reportedly remarked to witnesses that he felt ill on Friday evening.  The following morning he never emerged from his suite, and was discovered “unresponsive” at around 11:00 a.m. EST on Saturday.

With a pillow over his face …

Presidio County judge Cinderela Guevara declared Scalia dead at 1:52 p.m. EST on Saturday, February 13 – via a spotty cell phone connection to the Cibolo Creek Ranch, which is where he passed away.

“Judge, I’m at Cibolo Creek Ranch, and a Supreme Court Justice has just passed away, and I need someone here immediately,” Dominguez told her.  “Both justices of the peace are out of town at this time.”

“Sheriff, what did you say?” Guevara responded. “Which Supreme Court Justice died at Cibolo Creek Ranch?”

Eventually, the call was reconnected – at which point Dominguez told Guevara that there were “no signs of foul play” related to Scalia’s death.

While Guevara and Dominguez struggled with shoddy cell reception, U.S. Marshals Service officers were descending on the scene along with officers from the Texas Department of Public Safety.  Guevara was ready to drive to Cibolo Creek Ranch herself to examine the body, but was discouraged from doing so by Marshals.

“It’s not necessary for you to come, judge,” one Marshal her.  “If you’re asking for an autopsy, that’s what we need to clarify.”

“As part of my investigation, one of the things I did ask the sheriff and the U.S. Marshal: ‘Were there any signs of foul play?’ And they said, ‘absolutely not.’ At that time, I still wanted to be careful, and asked them if (Scalia’s) physician would call me,” she told WFAA TV 8 (ABC – Dallas, Texas).

After conferring with Scalia’s physician at 8:00 p.m. EST on Saturday, Guevara decided against ordering an autopsy.

“I felt comfortable what I knew was going on with him physically,” she said.

So comfortable, in fact, she ruled Scalia died of natural causes without even viewing his body.

Some reports indicated Guevara declared Scalia died of a heart attack, but she disputed that characterization – saying her diagnosis of “myocardial infarction” merely meant that his heart stopped beating.

But the cavalier mishandling of such a notable death is simply inexcusable … especially given Texas’ history in these matters.

Seriously: We have a spotty cell call.  A federal official telling a local judge it is “not necessary” for her to examine the body. And most importantly: We have a judge basing the cause of death on one phone call with a physician hundreds of miles away.

To say these facts provide fertile ground for conspiracy theorists would be a colossal understatement.

Anybody got any popcorn?

Anyone that thinks a Supreme Court justice is beyond the reach of “foul play” is delusional.

Was the country, or anyone, shocked that a over-weight 79 year old man died of natural causes?
No.

Even if there was an autopsy the nuts would discredit it. Just like Sandy Hook all the real world, verifiable information you can muster doesn’t stop crazy from being crazy.

An Italian died in his bed with a pillow over his face.

Bussetta was the pillow guy. Didn’t work out so well for him though.

Sounds like so many of those Bill and Hillary Clinton enemies who mysteriously died????

This leaves out the fact that the family did not want an autopsy.

It’s easier to swallow bullshit if you plug your nose to hide the stench.

I’m no Quincy, but I’m gonna go out on a limb and say Kenney died from being shot.

“So … who killed Kennedy? We’ll probably never know …” No, we do know. It was Lee Harvey Oswald. Alone. By himself. Put to bed all the cockamamie conspiracy theories.

You can’t find fiction of this quality at the bookstore. His poor family now has to deal with assholes bugging them about some stupid conspiracy…

PEOPLE ARE DYING WHO HAVE NEVER DIED BEFORE!!!!!

Seriously, TBG was a YUUUGE fan of Justice Scalia.

Unfortunately, as far as the SCOTUS is concerned what we lost were some really lucid and entertaining dissenting opinions. whether the cases are decided 5-4 or 6-3 makes little difference in the grand scheme of things.

TBG is doubtful that the next appointee, no matter who does the appointing, will be anywhere near Scalia. Don’t know of any potential candidates who are.

For those that have their panties in a wad that we must delay the appointment until a Republican takes office, after what will undoubtedly be “THE MOST IMPORTANT ELECTION EVER!!!”; TBG notes that while Reagan appointed Scalia, he also appointed Day-O’Connor, George W Bush appointed Roberts and Ike appointed Earl Warren… Also Ginsburg and Breyer (and Kennedy) ain’t exactly spring chickens.

There may be a simple answer why the family preferred no autopsy. Not that there was anything suspicious to his death, but what else might be revealed at autopsy.

Scalia was a member of Opus Dei a select group within the Catholic Church. Some of the adherents believe that “corporal mortification” brings them closer to God. Someone posting on another blog asked “Where is Scalia’s cilice?”

Check Wikipedia to dig deeper: I can’t do all of your work for you;) https://en.wikipedia.org/wiki/Controversies_about_Opus_Dei#Corporal_mortification

Interesting post, Tom! I had never heard of this group or practice, before. That’s the cool thing about places like this site. You can learn all kind of things, sometimes even by accident.

Heard of it but not Opus Dei or a cilice. Of course, I didn’t read into the DaVinci Code very far, therefore my ignorance of those things.

The movie isn’t too bad if you don’t have time for the book.

A Supreme Court justice has no business dallying with any of that. If he was, we are in deeper trouble as a nation than we thought.

If it is a suicide, the family wouldn’t want that disclosed as it is forbidden in the Catholic faith. If it was a faked suicide, the corrupt system wins. Again.

Excellent! So much a better tale than blaming the Illuminati once again.

“Many believe Kennedy was killed by his own government …”

Many also believe the US never landed men on the Moon.

Many also believe the high altitude vapor trails on our airways are chemicals sprayed by the federal gov’t to keep us sedated to their rule.

Many also believe the CIA and Israel conspired to bring down the WTC towers by controlled detonation implosion.

The psychology of conspiracy theory belief is a fascinating and widely researched topic, but simply too complex for this forum. The 5-second version, though, is pretty simple. These people are all weak-minded NUTS immune to factual influence.

Fits, I hope you are donating your body to Clemson School of Husbandry?