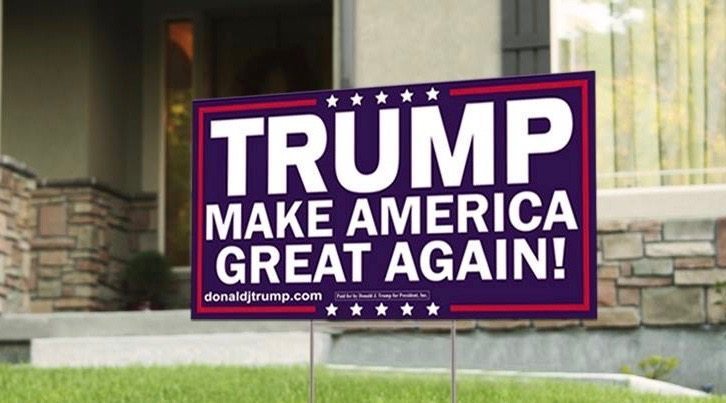 GOP frontrunner Donald Trump scored a string of decisive victories over his “Republican” rivals on Super Tuesday – solidifying his lead in delegates and inducing further panic among party elites.

Most of his wins were convincing, too – mirroring his diverse, double-digit victories in early-voting New Hampshire, South Carolina and Nevada.

“This has been an amazing evening,” Trump said.

For him, yes.  For the “powers that be” in the party whose nomination he’s about to seize?  Not so much.

Despite receiving the full-throated backing of the “Republican” status quo, Rubio won just one state – Minnesota.  His disappointing second-place finish in Virginia was also accompanied by a slew of third-place finishes.

Trump mocked the “little Senator” – saying he had a “rough night.”

Who had a better night?  Tea Party favorite Ted Cruz – whose candidacy was given up for dead in the days leading up to Super Tuesday.  Cruz won his adopted state of Texas as well as neighboring Oklahoma.

Cruz moved quickly to try and capture the momentum – calling on Rubio to drop out of the race.

“Tomorrow morning we have a choice,” he said. “So long as the field remains divided, Donald Trump’s path to the nomination remains more likely, and that would be a disaster for Republicans, conservatives, and for the nation.”

A disaster?  Wow … that’s quite a contrast from the praise Cruz was heaping on Trump a few short months ago.

“He’s bold and brash, and he’s willing to speak the truth,” Cruz said of Trump last summer as the billionaire businessman was taking off in the polls.  “And he’s taking on the Washington cartel.”

Cruz also specifically praised Trump for his views on the issue of illegal immigration.

“I’ve been proud to defend him for focusing on illegal immigration,” Cruz said.

Rubio declined Cruz’s invitation to exit the race – signaling his intention to campaign hard for his home state of Florida.

Despite the steady stream of attacks against him, recent polls show Trump with a big lead over Rubio in the Sunshine State – which will award all 99 of its delegates to the winner of its March 15 primary.

In fact, a win there could make Trump the presumed GOP nominee – which was clearly on his mind as he addressed his supporters in Palm Beach.

“I am a unifier,” he said.  “Once we get all of this finished, I am going to go after one person: Hillary Clinton.”

Of course with numerous “Republicans” saying they will not support Trump under any circumstances – and some of them even vowing to support Clinton – the prospect of a bitter, brokered GOP convention remains.

Ben Carson Is Out