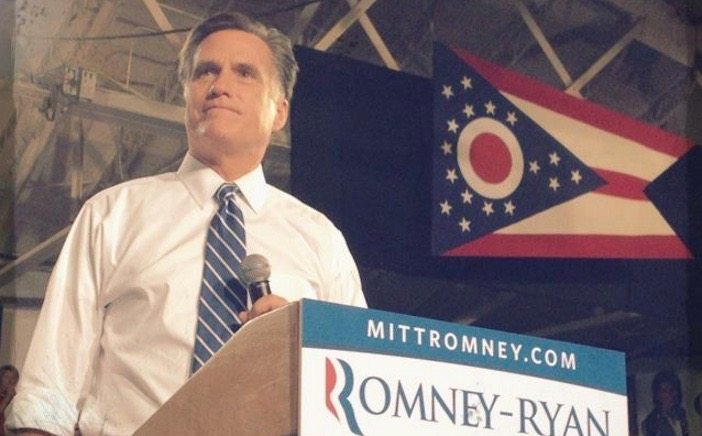 After deciding last January “to give other leaders in the Party the opportunity to become our next nominee,” the fiscally liberal flip-flopper apparently doesn’t like the fact that billionaire businessman Donald Trump is running away with the GOP race.

So Romney – like the rest of the “Republican” establishment – is doing his best to torpedo Trump.

“We have good reason to believe that there’s a bombshell in Donald Trump’s taxes,” Romney told Fox News, a network which has done everything within its power to sink Trump’s candidacy – while simultaneously promoting the bid of the “Republican” establishment’s chosen candidate, Marco Rubio.

“Either he’s not anywhere near as wealthy as he says he is, or he hasn’t been paying taxes we would expect him to pay or perhaps he hasn’t been giving money to vets or to the disabled like he’s been telling us he’s been doing,” Romney added.

“There is no bombshell at all other than I pay a lot of tax and the government wastes the money,” he told CNN’s Anderson Cooper, referring to the former Massachusetts governor as “yesterday’s news.”

Romney was an odd selection by the GOP in launching its latest broadside against “The Donald.”

After all, issues with his tax returns occupied a front-and-center role during the 2012 election – most notably when then-U.S. Senate leader Harry Reid alleged Romney hadn’t paid any taxes in more than a decade at the time he sought the presidency.

That claim turned out to be untrue, but there was considerable backlash against Romney when it was revealed that he paid roughly 14 percent of his income on taxes in 2010 – well below what most middle class Americans paid. Romney paid less because a huge percentage of the wealthy investor’s income came from dividends and capital gains.