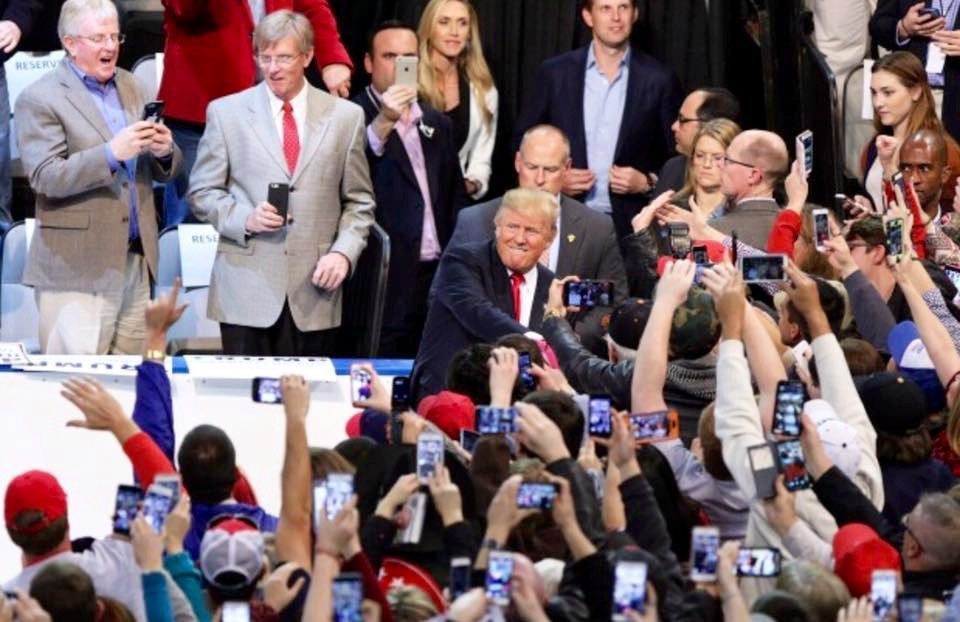 If the goal of the “Republican” establishment was to sink the populist insurgency of Donald Trump in the party’s early-voting caucus and primary states, we can officially call that plan an abject failure.

The brash billionaire cruised to his third consecutive victory in the 2016 election cycle – overwhelmingly winning the Nevada Caucus.

With 100 percent of precincts reporting, Trump won 45.9 percent of the vote in Nevada – his best showing yet.  Finishing a distant second was Washington, D.C. establishment favorite Marco Rubio, with 23.9 percent.

Months ago, the junior U.S. Senator from Florida was seen as a shoo-in to win Nevada – but for the second contest in a row he wound up having to battle it out for a distant second-place finish with U.S. Senator Ted Cruz of Texas.

Cruz – the favorite of Tea Party activists and hardcore evangelicals – finished third in Nevada with 21.4 percent of the vote.

No other candidate factored into the race … and the three-way battle between Trump, Rubio and Cruz seems to be trending toward “The Donald.”

After narrowly losing Iowa to Cruz on February 1 (in an exceedingly controversial vote), Trump has now reeled off a trio of convincing early-state victories in New Hampshire, South Carolina and, now, Nevada.  Also, all three of his wins represented double-digit victories over opponents who were previously supposed to outperform him in those states.

Rubio in particular “just got blown out by Trump in a state that was once thought to be the most favorable for him of the first four contests,” according to Nate Silver and Harry Enten of the website FiveThirtyEight.com.

These performances have given Trump eighty delegates to the GOP convention – putting him well-ahead of Rubio (18 delegates) and Cruz (17 delegates).

Complicating matters further for “Republicans?”  Trump is leading in nine of the thirteen states scheduled to hold primaries on Tuesday, March 1 – a.k.a. “Super Tuesday.”  In other words, he has a clear path to capture the 1,237 delegates he needs to win the GOP nomination outright – avoiding a the sort of brokered convention that could result in the “Republican” elites delivering the nomination to someone else.

Does this mean Trump has the GOP nod locked up?

No – not by a long shot.  Anything can happen in politics.  But at this critical stage of the race, no one is coming close to Trump in either votes or delegates – and the frontrunner is building momentum.

“The news is grim for Trump’s opponents,” Anthony Bennett wrote for Heavy.

Chris Cillizza, an establishment mouthpiece at The Washington Post, ran a column this week in which a Republican “number-cruncher” provided him with a back-of-the-envelope calculation of Trump’s likely delegate haul.

Beyond the eighty delegates he’s already secured, Cillizza’s GOP source projected Trump would win approximately 30 percent of the party’s “proportional” delegates – or those awarded purely based on a candidate’s performance in a given state.

Cillizza’s source projects another 396 delegates for Trump on the basis of his performance in “winner take all” states – and another 412 delegates for him in “hybrid” states, which use varying metrics to apportion delegates.

Finally, thirty delegates would accrue to Trump based on his performance in conventions and caucuses.

One scary thought?  Seven “Republican” delegates are members of the GOP’s national committee – which is in lockstep behind the D.C. establishment and Rubio’s candidacy.