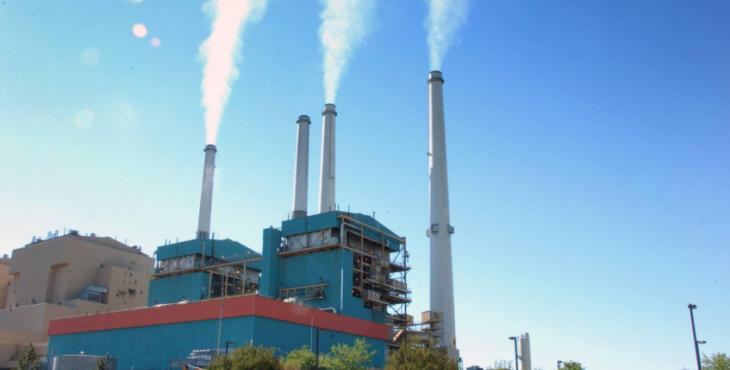 WILL THE GOP ESTABLISHMENT JOIN THEM?

Sound familiar?  This is the same scheme first advanced by U.S. president Barack Obama (with some help from liberal U.S. Senator Lindsey Graham) back in 2009.  It has also been embraced by Marco Rubio – the favorited of the “Republican” establishment for the 2016 GOP presidential nomination.

“Taxing carbon-based energy increases the cost of doing business in the U.S. by increasing the cost of electricity, ships jobs overseas and punishes the American people with higher consumer costs,” said Rick Manning, president of Americans for Limited Government (ALG). “Low energy costs for the future is the key to America emerging from Obama’s economic malaise and reviving our job producing manufacturing sector.”

Manning’s organization and its partners urged lawmakers to support H.Con.Res. 89, legislation sponsored by U.S. Rep. Steve Scalise affirming the sense of Congress “that a carbon tax would be detrimental to the United States economy.”

In a letter to Scalise (.pdf here), the organizations made it clear they believe the proposed tax would hurt low and middle-income families already struggling to make ends meet in Obama “recovery.”

“As organizations that support free markets as a fundamental pathway to American prosperity, we oppose government policies – such as a carbon tax – that punish some and reward others in accordance with the government’s prevailing viewpoint on market ideals,” the letter stated.  “Such marketplace manipulation represents a recipe for unintended consequences and self-inflicted economic damage. Too often, poor and middle class families bear the burden.”

Here’s the thing: Carbon taxes don’t work.  Just look at Australia, which imposed such a levy in mid-2012.  The result?  A ten percent spike in energy costs for families and a whopping 10,600 business failures – which was 12 percent more business failures than Australia saw at the peak of the global recession.  Oh, the tax also failed to curb emissions .

Australia scrapped the failed experiment in 2014, with Liberal party leader and former prime minister Tony Abbott describing it as “a useless, destructive tax which damaged jobs, which hurt families’ cost of living and which didn’t actually help the environment.”

We couldn’t have said it better ourselves …

In 2009, Graham was the only “Republican” member of the U.S. Congress to support Obama’s push for a carbon tax.  Graham masked his support for the tax hike in clever language (i.e. “pricing carbon,”) but no one was fooled … least of all us.  In fact when liberal special interests tried to come to South Carolina masquerading their money behind “Republican” groups, we exposed the scam (here, here, here and here).

Mitt Romney Is Back

For all the pissing it should be called the Urea Tax.

why should it be free to spew dangerous shit into the atmosphere? what if a company wants to spill toxic shit right into the Saluda? is that ok with your A-1 cocksucker friend Manning? or is the only difference that even “conservatives” can see shit floating in the river, while poison in the atmosphere is a bit less tangible and harder for the “conservative” mind to grasp?

They are the job creators. It should be their air to do with as they please. If there was no government regulation business would solve the problem, They would bottle fresh air and sell it to the highest bidder.

“They are the job creators”

Once the rest of industry leaves the country we won’t have to worry about it.

You joke about the bottling air thing but people actually do sell bottled air. Apparently it is a big thing in China.

Who said I was joking. Bottled air is the capitalist solution to air pollution.

Simply allowing lawsuits by those impacted by poor air quality against those polluting should rectify most situations, but as things stand now the EPA runs interference on such things.

With something like global warming though, if the actual damage won’t be done for a century or more, you can’t really sue for that. By the time those chickens come home to roost a lawsuit won’t do much and the people who caused the damage may not even be around anymore.

Maybe, maybe not. With the solar spot activity so low, people might benefit from some global warming if it’s anthropogenic.

All that aside, that’s not a problem any government is fixing if it’s even really a problem.

My guess is that technology is what’s going to save humankind from such things.

Besides the cost of mounting such a suit, Republican Tort Reform has made this unprofitable. With the capping of punitive damages no one can afford to take on these cases. So big business wins again. Thank you GOP.

You won’t get an argument from me, but I default back to my original statement, “Simply allowing lawsuits” and all that entails.(like fixing the judicial mechanism)

You will get no where with Republicans on that argument.

That argument won’t get anywhere with Democrats either(who want to save the EPA).

Idiotwind, your name is appropriate. “why should [you] be free to spew dangerous shit into the atmosphere?”

The environment is a liberal hoax.

Liberal in the environment is a hoax.
You got all the words, just in the wrong order.

Not if we have both a carbon tax and a carbon tariff on imported goods.

Glad to see the pushback, but they need to present reasons other than just the economic calamity it will inflict. They need to fight back against the whole premise that there is manmade global warming and that carbon dioxide is a pollutant. The climate has been changing for 4 1/2 billion years and signing a piece of paper isn’t going to stop it. Even if it were a problem, how is inflicting harm on our economy going to stop other developing countries from increasing fossil fuel consumption?

So how do we deal with carbon in the atmosphere? Other than putting our heads in the sand and believing whatever the oil companies tell us to believe?

Ummmm…Kemosabe…Lindsey Grahamnesty?…isn’t he the same RINO
pig who put lesbians on the Supremes?

Why yes, Tonto—he IS don’tcha know…and every time he picks
up soap in the shower we can hear him scream

And wasn’t it Grahamnesty and fellow RINO Rubio who want to
shove 50 million ILLEGALS down our throats?

And isn’t it Liar-In-Chief Obama who ignorantly thinks we’re
going to roll over for more failed Al Gore scam?

Right again, Tonto—and just so ya know—the Tea Train has
already crushed them and **** does NOT make jam !!!