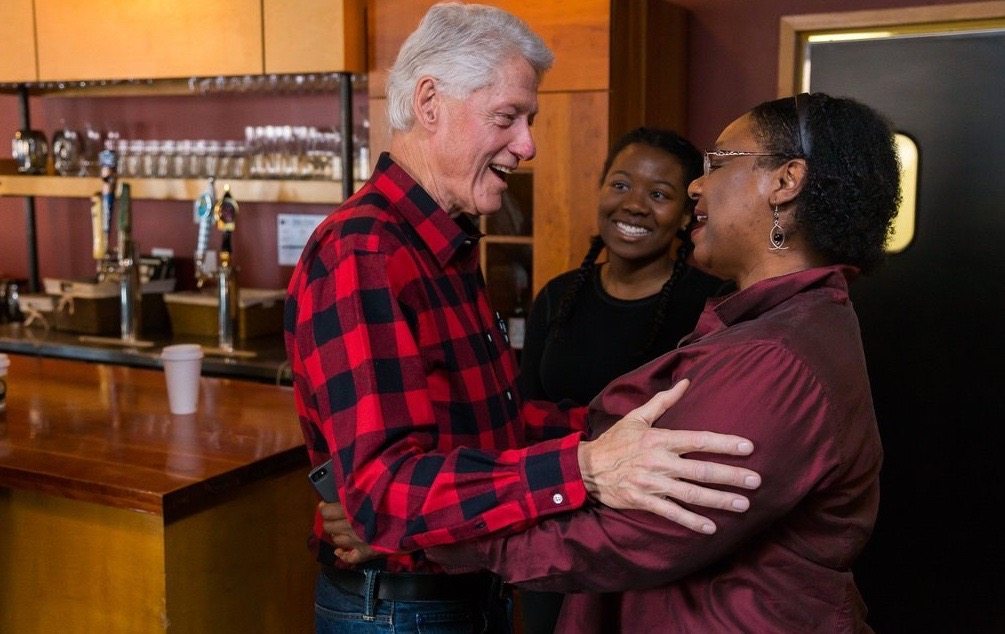 EX-PRESIDENT GOES ON THE OFFENSIVE …

Former U.S. president Bill Clinton – the guy who shoved a cigar into the vagina of a White House intern – is apparently the new authority on sexism in America.

How do we know this?  Because the former commander-in-chief – who indignantly wagged his finger at the American people and insisted he “did not have sexual relations with that woman” (a.k.a. Monica Lewinsky) – is attacking 74-year-old independent socialist U.S. Senator Bernie Sanders over some inappropriate online remarks his supporters allegedly made to backers of his wife, Hillary Clinton.

Yeah … the woman who probably ought to be in jail right now.

The guy who taught us “it depends on what the meaning of the word ‘is’ is” … is angry.

So angry, he’s now indignantly shaking the papers which include the alleged inappropriate online remarks, saying the comments amount to “vicious trolling” and are “literally too profane – not to mention sexist – to repeat.”

Anyway, despite Clinton’s new role as defender of female virtue, Sanders is poised to pick up a double-digit victory over Clinton in New Hampshire this week – with the latest aggregate polling in the Granite State showing him enjoying a commanding 13-point lead.