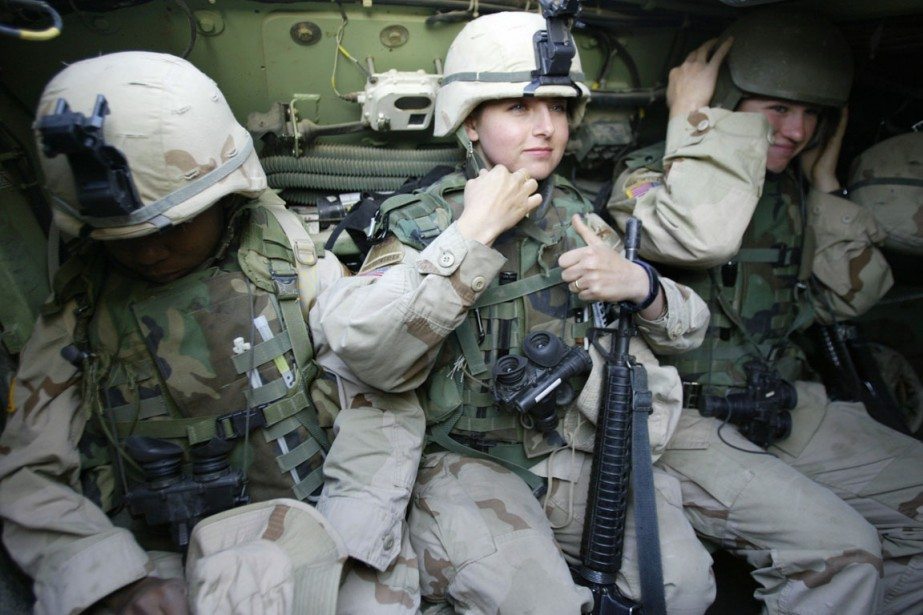 CANDIDATE GOES AGAINST HIS FELLOW NEOCONSERVATIVES

The issue of women in combat has been on the radar a good bit in recent months … in fact we addressed it briefly back in December when U.S. Rep. Mark Sanford decided to open his fool mouth on the subject.

Now U.S. Senator Ted Cruz of Texas is weighing in on a particular aspect of this debate – namely whether the federal government should be able to draft women into combat.  Women have previously been exempted from the draft – a.k.a. the Selective Service System (SSS) – due to restrictions on their combat eligibility.

All men in the United States above the age of eighteen must register with the SSS – although since 1973 the U.S. Armed Forces have operated as a volunteer-only force.

Several establishment “Republican” politicians – U.S. Senator Marco Rubio of Florida, New Jersey governor Chris Christie and former Florida governor Jeb Bush – have now jumped aboard the “draft women” bandwagon.  They are following Army Chief of Staff general Mark Milley and Marine Corps Commandant general Robert Neller – both of whom argued that the exemption on women being drafted should no longer apply if women were no longer limited in which

“We have had enough with political correctness, especially in the military. Political correctness is dangerous,” Cruz said. “And the idea that we would draft our daughters to forcibly bring them into the military and put them in close combat, I think, is wrong. It is immoral. I’m the father of two little girls, they are capable of doing anything they desire, but the idea that their government would forcibly put them in a foxhole doesn’t make any sense at all.”

This website has embraced the notion of women in combat …

“If an individual completes the training required for a particular military job – and is deemed capable of performing that job by his or her superiors – then they should not be prohibited from doing the job on the basis of their gender,” we wrote.

That’s true under any circumstance – but it strikes us as especially true given the completely boneheaded nature of American foreign policy of late … to say nothing of the full-scale erosion of liberty on the home front.

Anyway, what do you think?  Should women be forced to register for the draft?

Antonin Scalia: Another Texas Death With No Autopsy

NARAL Out Of Control During Super Bowl