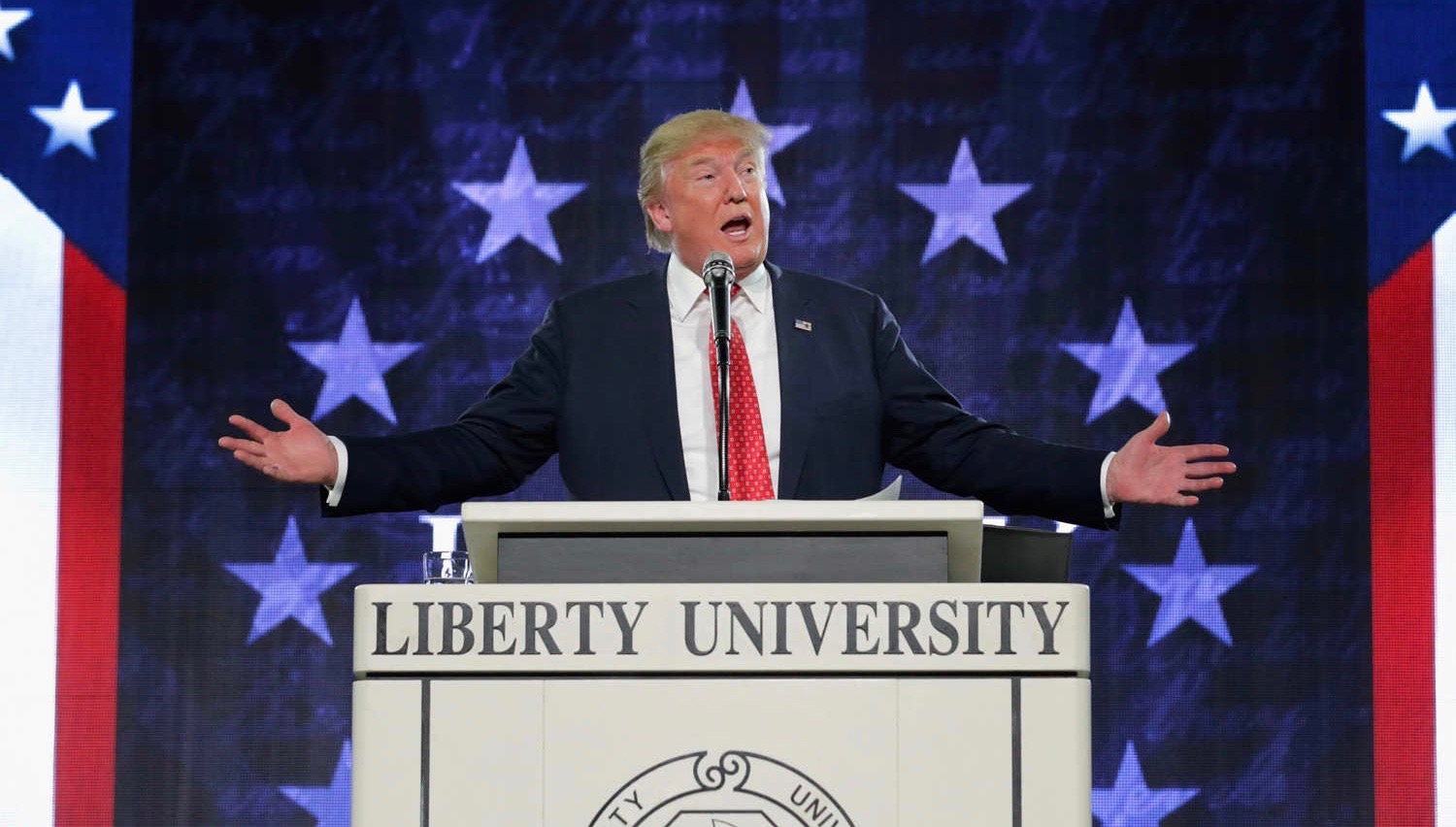 Falwell – the eldest son of the famous Reverend Jerry Falwell –  is chancellor of Liberty University in Lynchburg, Virginia, a school which was established by his late father in 1971.  Falwell has run the school since his father’s death in 2007 – turning it into the largest, private non-profit university in America.

“I see a lot of parallels between my father and Donald Trump,” Falwell said.  “Like Mr. Trump, Dad would speak his mind … Dad explained that when he walked into the voting booth, he wasn’t electing a Sunday school teacher, or a pastor, or even a President who shared his theological beliefs. He was electing a President of the United States to lead a nation.”

Trump said he was “honored” to receive Falwell’s backing.

“Not only is he a high quality person, with a wonderful family, whom I have great respect for – I also consider him a very good friend and his support means so much to me,” Trump said.

Falwell’s endorsement is a shot across the bow of U.S. Senator Ted Cruz of Texas – who launched his 2016 presidential campaign with a speech at Liberty University.