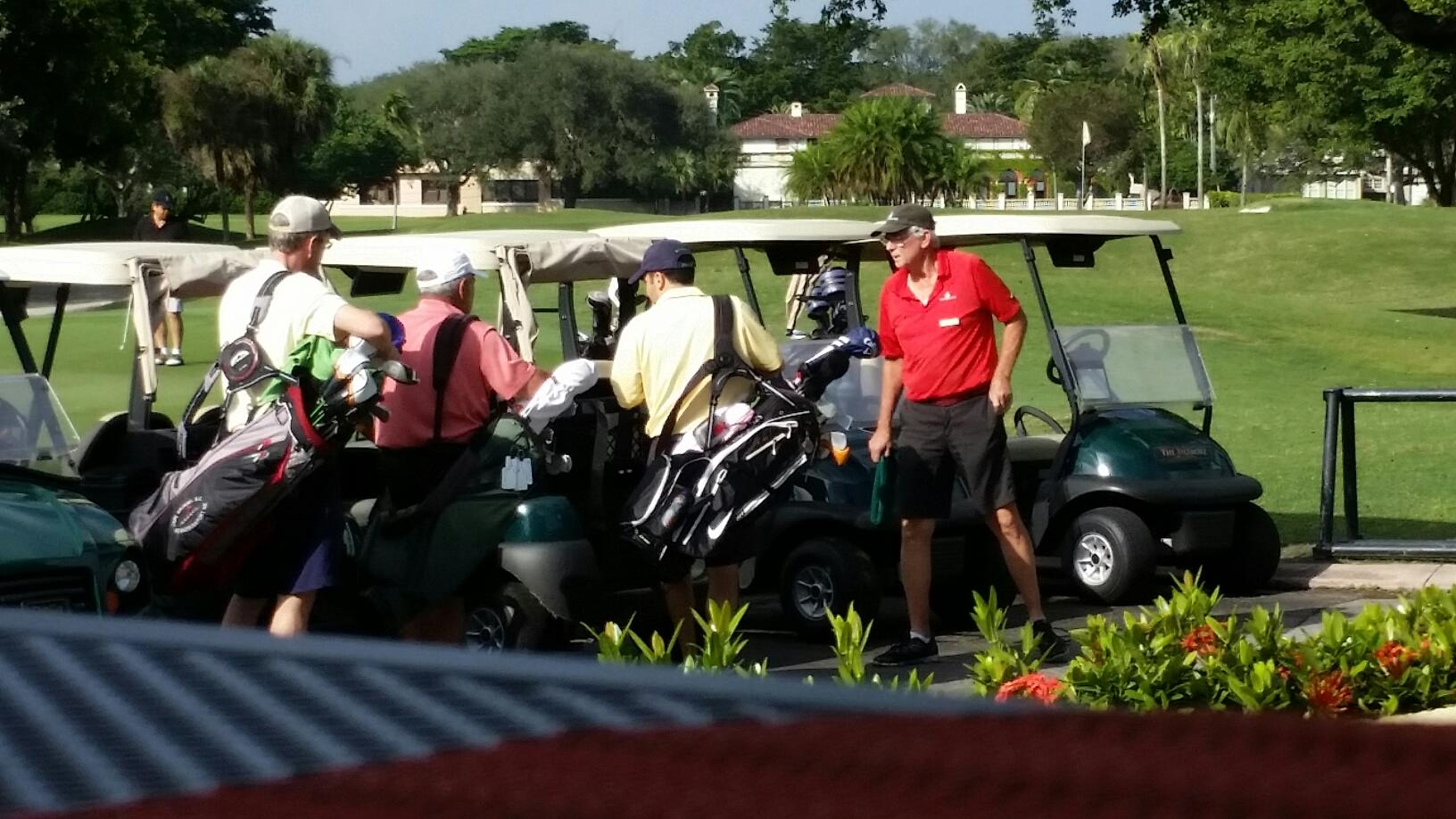 ESTABLISHMENT “REPUBLICAN” THROWING IN THE TOWEL?

Former Florida governor Jeb Bush (far left, above) is in the fight of his political life.  His establishment-backed presidential campaign has been a costly flameout … and the “Republican” mega-donors who have been driving the GOP into crony capitalist hell for decades seem poised to pull their support from him and embrace his former understudy Marco Rubio.

So, with barely three weeks before the first votes are cast in the 2016 presidential primary … what’s a Bush to do?

Well … if you answered “enjoy a leisurely lunch at the Biltmore Hotel in Coral Gables, Florida and then play eighteen holes at the local country club,” congratulations!

“Every Sunday in our stunning courtyard, we feature an extravagant buffet with delicacies, such as caviar, smoked salmon, shellfish, carved meats, fresh omelets, pastas, sushi and more,” the Biltmore’s website boasts.  “Brunch culminates with a wall of desserts prepared to perfection by Executive Pastry Chef Olivier Rodriguez.  With live entertainment, bottomless Champagne, Bellinis and more, the Biltmore’s Sunday Champagne Brunch is a must for discerning guests and visitors.”

Of course somebody needs to tell this guy you’ve got to win your election before you start goofing off all day.

Sure, Bush enjoyed his long lunch and round of golf on a Sunday, but our guess is those supporting his formerly front-running presidential ambitions would have preferred to see him working crowds in early-voting Iowa, New Hampshire or South Carolina.

Oh well … Bush is toast.  And it appears even he knows it …