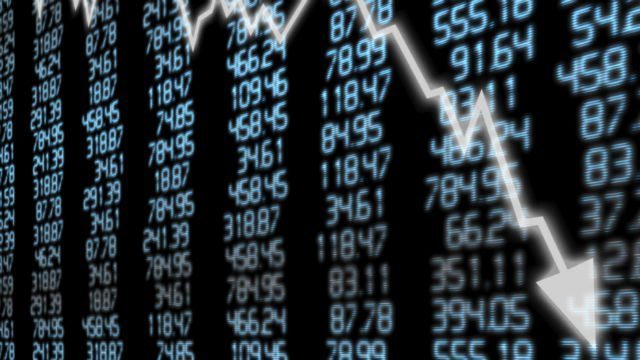 || By ROBERT ROMANO || “I believe we’re already entering a recession in the U.S.”

That was investor and market analyst Marc Faber’s prognosis of the U.S. economy on Dec. 29 headed into 2016, speaking on Bloomberg Television.

Since then, oil has dropped to about $34 a barrel, a level not seen since 2004. The Shanghai Composite took a major dive on the first trading day of the year, with U.S. stocks closely following suit.

Overseas, Europe continues to flirt with deflation, with prices even-steven at just 0.2 percent growth for 2016. Japan is exactly nowhere, with its economy not have nominally grown in 20 years.

These are just snapshots in time, but they offer a glimpse of weak economic conditions globally.

Faber warns that China still has a ways to go, telling Bloomberg that it still “has a colossal credit bubble” and it is not clear how it will unwind.

That’s saying something. The Shanghai Composite is about 35 percent off its June 2015 peak.

Overall, global shares are off 10 percent through November since their $70.8 trillion peak in May, according to the World Federation of Exchanges. They stood at $63.7 trillion in November.

But that may still be a very high valuation, especially when one considers it is still 135 percent higher than its Feb. 2009 low of $27 trillion.

Meaning this could very well be just the beginning of another major correction.

That is, if central banks, such as in the U.S. and China, let that happen. The People’s Bank of China is currently intervening in the China stocks, reports the Financial Times. Will it continue?

A hint may come from none other than former Federal Reserve Chairman Ben Bernanke – then a professor – commenting in 2000 on Japanese policies after their housing bubble popped in 1989. That was when he advised corporate bond and equity purchases to prop up Japan’s economy in an environment with near-zero interest rates.

Vince Reinhart, then Fed Director of its Division of Monetary Affairs, at the Federal Open Market Committee (FOMC) meeting in June 2004 described the circumstances under which a central bank might engage in such purchases: “If the policymakers believed that deflationary forces were severe.”

Reinhart also dismissed the possibility at the time, saying, “These options would change how we are viewed in financial markets, involve credit judgments of a form we are not used to, perhaps smack of desperation, and pull us into a tighter relationship with other parts of government.”

But combine the Reinhat rationale, “if the policymakers believed that deflationary forces were severe” and the Bernanke goal “to raise asset prices, which in turn would stimulate spending,” and suddenly the possibility becomes very real in the current slow growth, near-deflationary environment.

It would also be extremely bearish. Direct central bank intervention in stock markets is a signal of no confidence in markets. And the fact that China is doubling down may be the biggest reason of all to be cautious in the coming year.

Something to keep in mind.

Recessions Are Good … Except The One That’s Coming