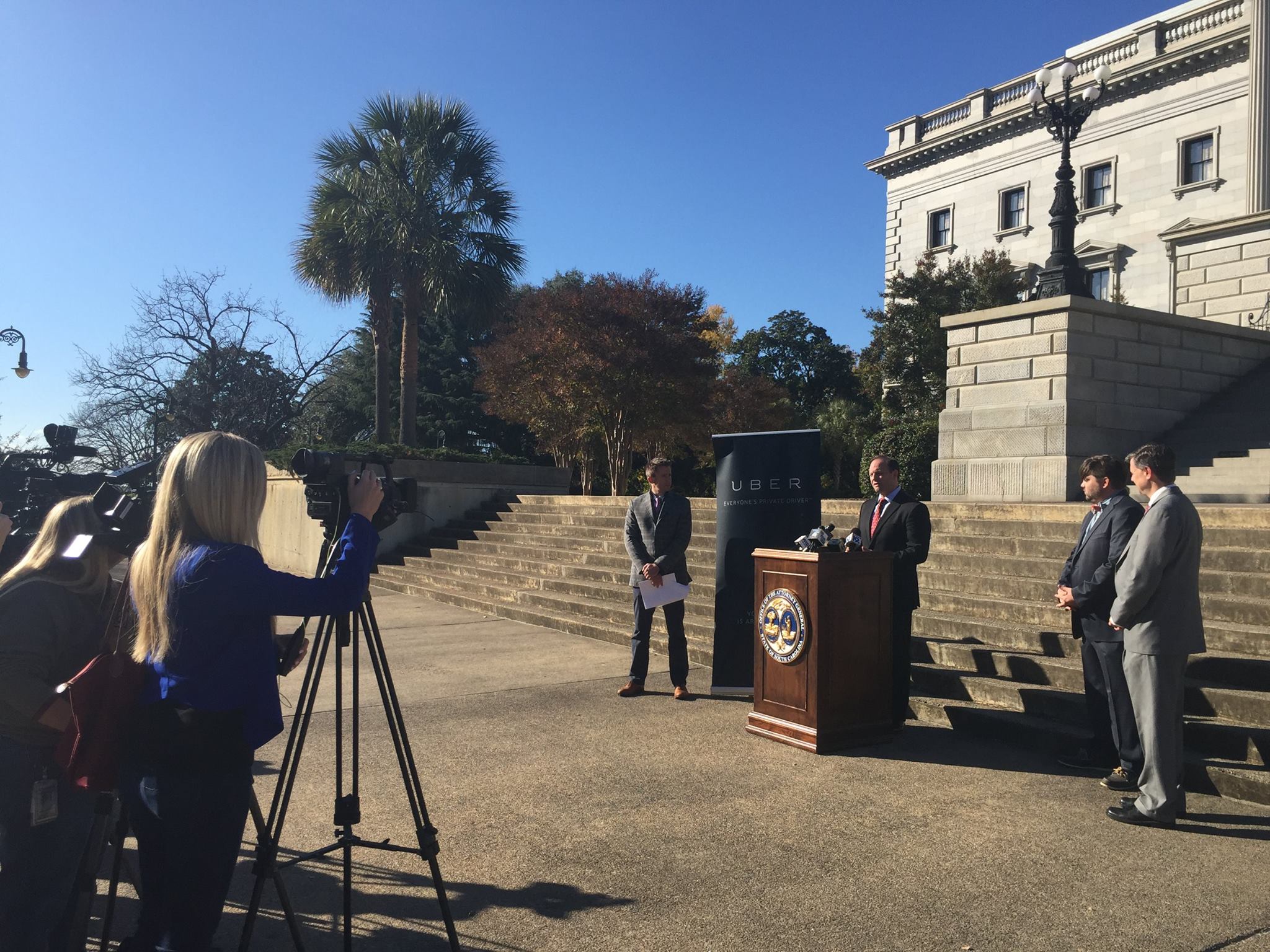 Another day, another example of prosecutorial inertia from S.C. attorney general Alan Wilson … who has been exposed over the last year as nothing buy a hypocritical political hack.

Once viewed as a crusader against public corruption, it’s now readily apparent Wilson has engaged in selective prosecution in an effort to benefit his political allies – many of whom are far more corrupt than the handful of politicians he’s prosecuted.  Earlier this year, he punted on an ongoing probe of South Carolina lawmakers – many of whom stand alongside him in the political stable of neo-Confederate consultant Richard Quinn.

We criticized Wilson at the time for failing to do his job – and for citing “undisclosed conflicts” as his reason.

Since then Wilson has meddled in the case on behalf of his allies – issuing a hugely controversial advisory opinion (obtained exclusively by this website) arguing that they should not be prosecuted for flagrant ethical lapses.

Now, sources tell us Wilson is sitting on his hands in relation to a probe of the 2012 Richland County “penny tax” election – in which $1.2 billion was stolen from taxpayers via a rigged election.

Wilson’s office refused to respond to our request for comment regarding this story.

How did we get here?  To recap: After county residents narrowly rejected this tax hike in 2010, “Republican” and Democratic leaders of the local legislative delegation got together and took matters into their own hands.  With the approval of S.C. governor Nikki Haley, they passed a law seizing control of the local election commission – and installed their hand-picked puppet as its leader.

The constitutionality of this law has been challenged, although there has yet to be a definitive determination on the issue.

Anyway, the legislative delegation’s appointed puppet proceeded to rig the 2012 vote – targeting excessive shortages of voting machines in county precincts that voted against the tax hike in 2010 (possibly working in concert with her intimate relations in the pro-tax movement at the time).

This rigged election has been in the news thanks to a recently launched investigation into the unlawful use of its proceeds.  That probe – which has already produced arrests – was initiated by Rick Reames, director of the S.C. Department of Revenue (SCDOR).

Reames’ objective?  To determine whether proceeds from the tax increase were indeed going exclusively toward transportation projects – as required by law.

Guess what: They aren’t.

Reames’ investigation has done more than just reveal garden variety graft and corruption, though.  It’s focused attention on the broader theft of the election itself – not to mention the abject failure of any governmental entity to hold the thieves accountable.

Shortly after the 2012 election, Columbia, S.C. attorney Steve Hamm of the Richardson-Plowden law firm conducted a preliminary investigation into the voting machine shortages.

As this video reveals, Hamm’s report uncovered all sorts of glaring discrepancies into the administration of the election.  However a lack of cooperation by certain county officials – and intentional deception by others – sidetracked his probe.

He had the smoking gun … he just couldn’t get anyone to admit to pulling the trigger.  And more importantly, to admit why they pulled the trigger.

Still, Hamm got the ball rolling … more than anyone knew at the time.

Now – more than three years after the fact – multiple witnesses are confirming to us that his report led to an investigation into the matter by the S.C. State Law Enforcement Division (SLED).  The timing of that investigation – and what it uncovered – is not immediately clear, however sources at the attorney general’s office and at SLED have confirmed the probe.

And confirmed that it is ongoing …

And yes … this is an investigation into the validity of the 2012 election itself, not just its ill-gotten gains.

Wow.  As we’ve said from the beginning of this process, that’s the real scandal: Not that money is being misappropriated (which it clearly is) but that this money shouldn’t have ever been there in the first place.

So … what’s the status of the investigation into the rigged election?

No one knows, however sources close to Wilson’s office tell us there is considerable frustration over the recent SCDOR probe – which has exposed his office’s failure to move the ball forward on any of these matters.

Once again, Wilson has no one to blame but himself.

The voters of Richland County deserve better than this.  They rejected this tax hike in 2010, and they would have done so again in 2012 had there not been a vast, multi-layered conspiracy to suppress their votes.  Yet more than three years later, law enforcement has not only failed to hold the perpetrators of this suppression accountable – it’s taken a completely unrelated probe just to get them to acknowledge their stalled inquiries into the matter.

This isn’t just about politicians stealing money … it’s about the theft of something far more sacred, the right to vote.