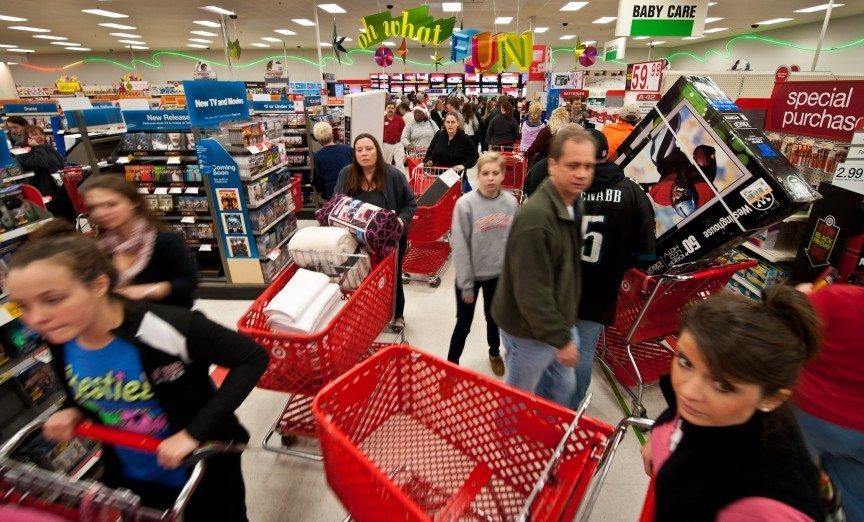 A LOOK AT RETAILERS’ BIG DAY …

|| By ROBERT ROMANO || The start of the Christmas shopping season kicks off on November 27.  Known as Black Friday, it is the day retailers are said to go “in the black” after being “in the red” all year long.

Only Black Friday is not what it used to be – and that may not be good news for retailers in what has been a lackluster economic recovery at best.

“We have to assume that the consumer is just not shopping for the same kinds of things, notably apparel, and it involves a big shift in attitude and behavior,” CNBC “Mad Money” host  recently noted on the air.

Cramer may be onto something.  A November 20 report from Cardlytics, a retail sales monitoring firm, found that consumers are indeed changing behavior: “American consumers are procrastinating more than ever with their holiday shopping. In the final week before Christmas 2014, consumers spent 12.2 percent more overall and 26.6 percent more online when compared to the same week in 2013.”

This means that despite the growing trend for early shopping by retailers opening the doors on Thanksgiving Day or kicking shopping deals even sooner, more shoppers are actually putting off their shopping until later, and many are skipping the malls altogether by going online.

Aside from a change of behavior, there has also been a discernible slowdown in retail sales data reported by the U.S. Census Bureau the past few years.

After getting walloped in 2009 with an annualized 7.23 percent contraction, by 2011 retail sales had recovered, growing at 7.33 percent. But, they have been slowing down ever since, down to 3.84 percent growth in 2014. 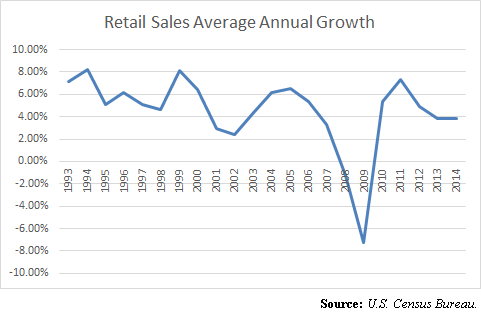 Some will want to blame the weather.  Whatever.  Even if you just compare November and December data – that is, the Christmas shopping season – and exclude the months with heavy snowfall for most of the country, and it shows more or less the same patterns and a similar slowdown after the recovery in 2011. 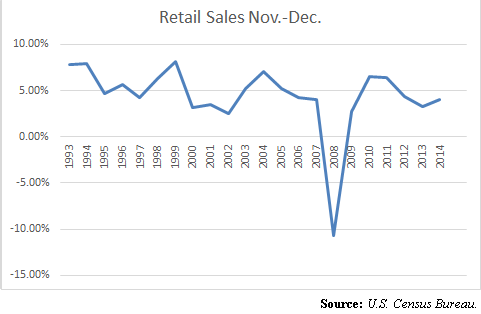 Now, a change in behavior might tell us which types of retailers are doing well at the expense of others – for example, online versus brick and mortar.  But it would not explain an overall slowdown.  Those are cyclical, and often coincide with recessions, as seen in the 2000-01 and 2008-09 recessions.

So, Black Friday may not be as consequential as it used to be.  But that has very little to do with the strength of the economy.

Robert Romano is the senior editor of Americans for Limited Government.  His column – reprinted with permission – originally ran on NetRightDaily.