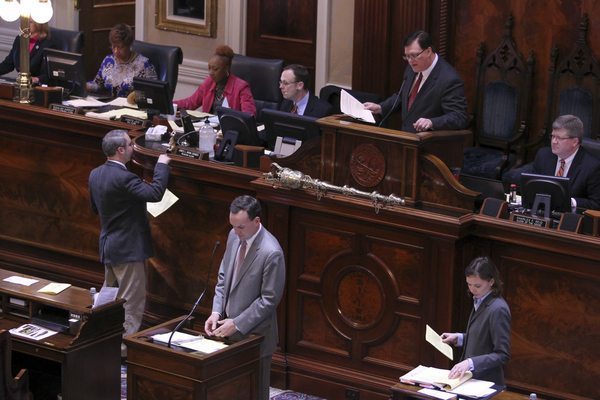 || By TAYLOR BROWN ||  Both The (Columbia, S.C.) State Newspaper (here) and The (Charleston, S.C.) Post and Courier (here) have reported on the South Carolina House Republican Caucus campaign school debacle … but they only have a small part of the story.

Yes, they’re correct in theorizing Will Folks – the founding editor of the site you’re currently reading – offended several lawmakers with his scheduled presence at the event.  Folks’ antics are legendary, and it’s not difficult to imagine his participation ruffling some feathers.  But was this the real reason the school was cancelled?  No.  The plug was pulled on this even due to fearmongering, petty jealousies, and greed.   Who did this?  According to my sources,  a pair of caucus henchmen and S.C. Rep. Phyllis Henderson.

All of this began when S.C. House majority leader Bruce Bannister and up-and-coming S.C. Rep. Kirkman Finlay had a great idea to get more Republicans elected – and to pull the veil back on campaigning by giving possible candidates the opportunity to talk with some of the best political minds in the state.

I believe, as they do, that we need more Republicans in all levels of government.

Unfortunately two caucus lackeys – staffer Chris Slick and consultant Robert Cahaly – disagreed.   Protective of their turf, sources tell me these two caused an uproar when they downright lied about the particulars of this event to several members of the legislature.

Why on earth would they do this?  Apparently because they weren’t included in the planning of this event – and felt it might undermine their control.  So what did they do?  A few legislators told me they intentionally deceived them – and then lied when they got caught.  Moreover, they threw their own bosses – Bannister and Speaker of the House Jay Lucas – under the bus to cover their own asses.

Isn’t it supposed to be the other way around?  Aren’t staffers and consultants supposed to take bullets for their employers instead of pushing them into the line of fire?

Should these individuals be allowed to continue in their respective positions?  I don’t think so.  Neither do several influential members of the S.C. House. In fact I’ve been told Slick and Cahaly are likely to be fired during the holiday season – which would make this a Merry Christmas indeed.

Ronald Reagan often spoke about the Eleventh Commandment.  Well, the behavior of Henderson, Slick and Cahaly needs to be roundly condemned as a violation of that commandment.  Their behavior proves to me that they are not on the team – and not to be trusted.

Their clients – and the rest of the S.C. General Assembly – need to know that when they speak, they may not be telling the truth, and, worse, they may be abusing the trust people placed in them to achieve their own ends, no matter the cost.