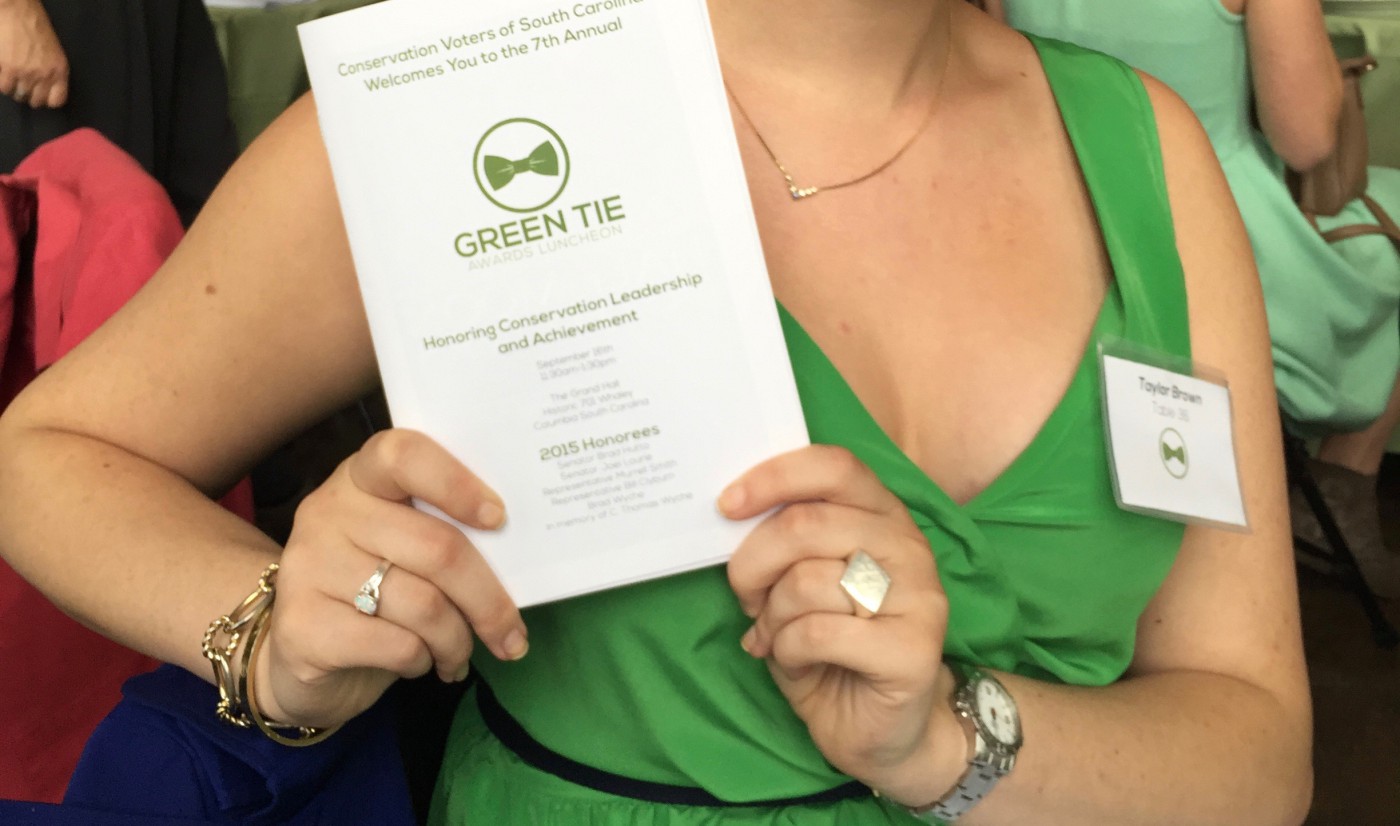 || By TAYLOR BROWN || Last month, the annual Polluters’ Ball (a.k.a. the “Green Tie Luncheon”) was held at 701 Whaley Street in downtown Columbia, S.C.  This event is a major fundraiser for the ultra-liberal Conservation Voters of South Carolina (CVSC), which is led by Ann Timberlake.

As we’ve documented, Timberlake has a history of threatening legislators and supporting losing candidates.  However, she still wants to be considered a force in politics in our state.

News flash: Winning matters.  In politics, in sports – and in life.  Of course Timberlake has been immune to consequences her whole life, so she wouldn’t know that.

Ann is a trust fund commando.  Her father was one of the founders of a large distributor chain, and she has always been insulated from true market forces, so she does what she wants with no accountability for results.  She and her hubby bilk the environmental movement out of more than $150,000 in salaries per year.   She works part time and makes more than $80,000 a year according to documents filed with the IRS.

Her “Green Tie Luncheon” is her crowing achievement.  Under the auspices of environmental protection, she takes money for some of our state’s biggest polluters – money she then uses to attack candidates who don’t support her vision for a “green” South Carolina.

Last month’s gathering was (obviously) well attended by Democrats – with uber-liberal S.C. Senators Joel Lourie and Brad Hutto receiving the first awards of the day.  Next up was S.C. Rep. Murrell Smith of Sumter, who received recognition for his work on the Pinewood hazardous waste site.  FITS has previously written about Smith’s leadership on this issue, so that’s an award I’m not going to criticize.

However, lawmakers talked openly at the event with me about the nefariousness reason Timberlake’s group decided to honor Smith – an effort to curry favor on his influential budget-writing committee after her pet project saw its funding slashed earlier this year.

Hopefully Smith will see through the ruse.

Another liberal “Republican” – S.C. Rep. Gary Clary – also attended the luncheon and looked very chummy sitting with former Democratic education superintendent Inez Tenenbaum.  FITS has previously written about how Clary is not trusted by the House Leadership; maybe he is planning to switch parties?

We can only hope …

Also sitting with Tennebaum and Clary was S.C. Rep. Neal Collins – who has some announced primary opposition.  Perhaps he’ll be a bit smarter about his future luncheon companions if he wants to retain his seat in conservative Pickens County.

Former attorney general candidate Leighton Lord III was in attendance, too.  Lord works for a big local law firm and serves on the board of Santee Cooper, the state’s government-run utility.  His firm has never met a polluter it did not like.

South Carolina voters really should see these events for themselves to fully behold all the pandering and brown-nosing that goes on.  It’s disgusting – but not enough to make this girl lose her appetite.

The saddest thing about this event?  It showcases how Timberlake has hijacked the environmental lobby in our state.  As one legislator told me, she is part of the problem because she and her organization have no one working for them who is trusted by the leadership in the S.C. General Assembly.

As a result legitimate environmental issues don’t get the attention they deserve.

That’s disappointing for true conservationists.  But as long as Timberlake is able to run her racket, nothing will change.