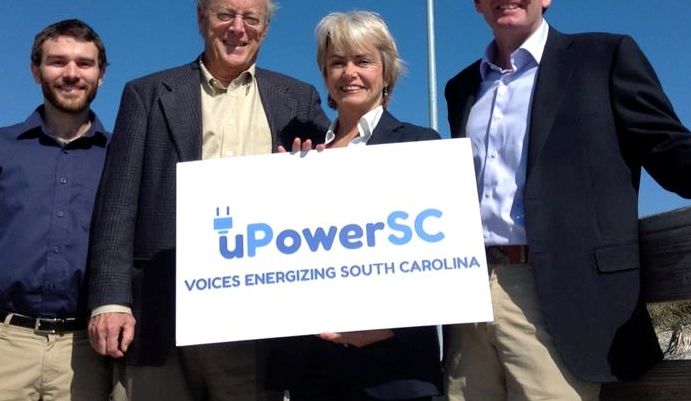 || By FITSNEWS || Beginning last year, this website began posting series of investigative articles on the so-called environmental movement in South Carolina, focusing most of our attention on uber-liberal Ann Timberlake – leader of the Conservation Voters of SC.

Well we’ve come to the time of year when Timberlake – the definitive well-heeled insider – raises money in an effort to continue her scam on the S.C. General Assembly and the people they represent.  How does the shell game work?  Easy.  Timberlake raises money from some of the worst polluters in our state (who then get to claim they support a “clean environment”) and then uses that cash to attack lawmakers.

This tactic seems to be backfiring, though, with Timberlake held in decreasing esteem by much of the House leadership.  In fact lawmakers have grown so tired of her antics they’ve started cutting money to her government-administered slush fund.

Anyway, Timberlake’s annual fundraising event – “The Green Tie Award Luncheon” – includes a featured award given each year to a prominent environmental leader.  Of course one recent recipient of the “Green Tie” actually returned it – protesting Timberlake and her increasingly hypocritical, self-serving advocacy.

“If it does not get her name in the paper or provide her with a good fundraising opportunity, she is not interested in the issue; it has nothing to do with the merits,” one waste industry executive quipped.

Timberlake’s group claims to be bipartisan, but she seems to endorse mostly Democrats and a few “pet” GOP candidates.  In the last election cycle, for example, there were four freshmen House members with general election opponents.  Timberlake’s group endorsed none of them – even though one of them had a very strong environmental record and two were viewed as moderates on the issue.

The Upshot: All four won their races despite the fact Timberlake and her minions were working hard against them.

This brings us to our most important point: The Conservation Voters of SC organization has become a paper tiger.  All growl, no bite.  The threat is:  “If you do not support our positions, we will come out against you.”  Well, obviously, that does not mean anything as Timberlake is batting .000 when it comes to taking out incumbents.

Of course Timberlake doesn’t have the best record protecting incumbents either – as former S.C. Senator Catherine Ceips can attest.  In fact there are several GOP elected officials rising through the ranks in both the S.C. House and State Senate who were opposed by Timberlake in contested “Republican” primaries – lawmakers who haven’t forgotten her organization’s refusal to support them.

The 2015 legislative session was one of the least effective for Timberlake and her organization – and 2016 doesn’t seem to be shaping up much better.