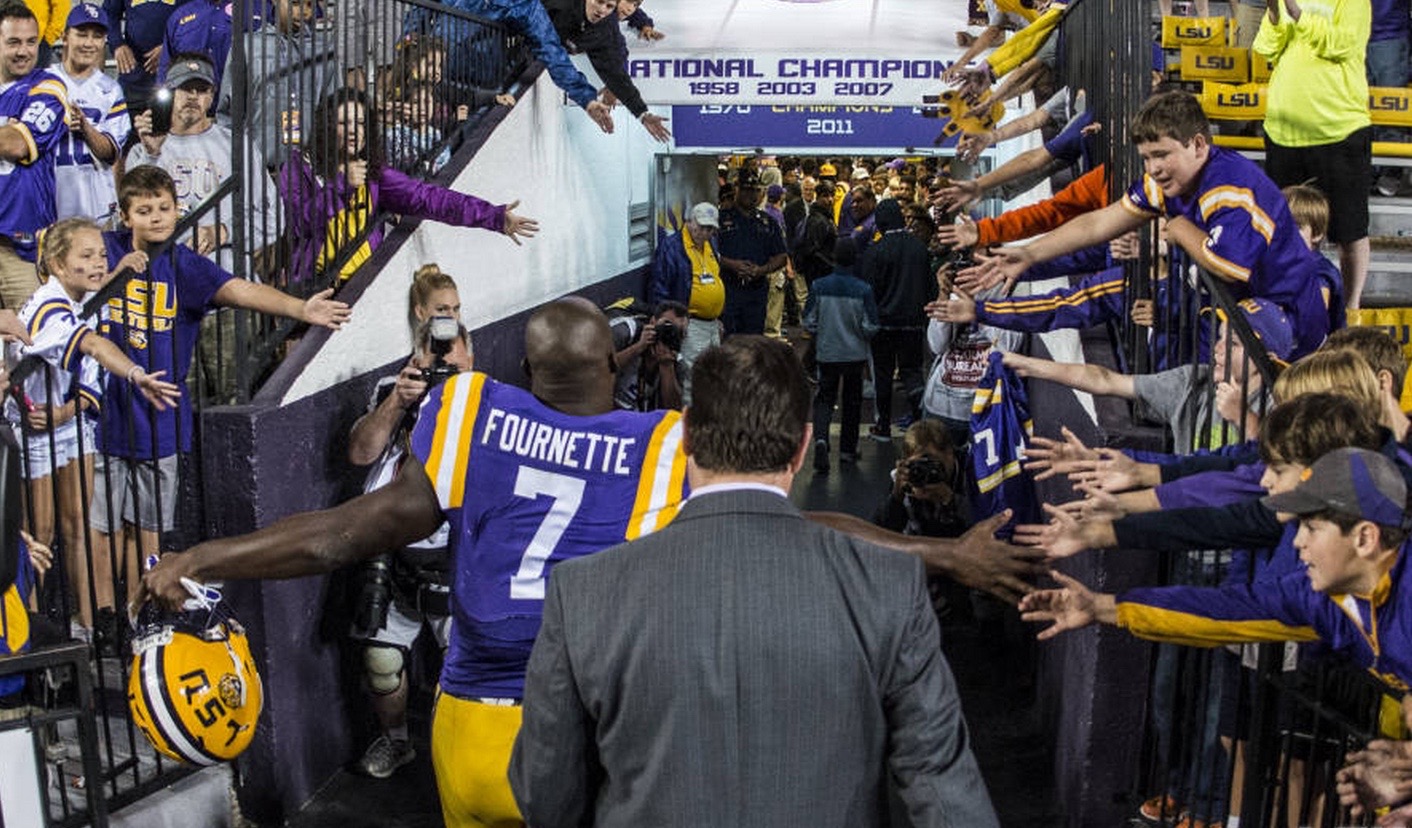 Louisiana State University running back Leonard Fournette is having himself a big season.  A “hand him the Heisman” type season.  The 6-f00t-1, 230-pound sophomore tailback from the Big Easy is making things look easy … rushing for an astonishing 864 yards and 11 touchdowns in just four games.

In fact had LSU’s season opener against McNeese State not been cancelled due to inclement weather, Fournette would easily have eclipsed the 1,000 yard mark … with seven games left to play.

Next on his agenda?  The University of South Carolina – a program which rose to national prominence in recent years on the strength of defensive stars like Jadeveon Clowney, Melvin Ingram, Devin Taylor, Kelcy Quarles, Stephon Gilmore and D.J. Swearinger.

The problem?  Those players are long gone – and head coach Steve Spurrier and his staff haven’t replaced them with athletes possessing anywhere near the same skill level.

How many yards will Fournette amass against South Carolina?  Good question.  Co-defensive coordinators Jon Hoke and Lorenzo Ward currently field the nation’s No. 75 rushing defense – a unit which is surrendering an average of 170 yards per game.

Our guess?  Fournette will have a materially adverse impact on both of those numbers …

In fact if South Carolina’s defense manages to hold him below 250 yards, it will be a miracle …

Two or three years ago, a battle between Fournette and the Gamecock defense would have been a clash of titans.  This year?  It’s gonna get ugly … fast.

Hopefully that Tiger will get a Chicken bone sideways in his throat before moving on to Gators. GO GATORS!!!!!

Somebody who should know, told me that FITSNews laughed and high-fived the other toothless cracked-up, redneck when Marcus got hurt.

It’s funny…they sorry assholes who are always calling SC backward, are the same Son-of–a-Bitches who are the reason…

Someone who should know, told me that GrandTango laughed and high-fived the IRS guy who forcefully took money from a single mother trying to feed her kids so that he could get free food stamps in order to sit here all day and post comments.

URA, are… are you crying?

That’s all the gamecocks are now good for – an opportunity to set a record. Pastides gave Tanner and Spurrier all they asked for and more and that’s what we have to show for?
Would have been better to pour money into that sorry looking Swearingen engineering building instead.

Hoke and Ward are busy watching film for their pregame pep talk, here’s the latest video.

It’s going to be along day, and season.

Walk along the Horseshoe and see the cracking paint, rotten wooden windows, and then just around the corner the out of date education facilities. Swearingen Engineering building like others on campus need to be torn down. Does Pastides care?? Heck no! Pour millions into his salary, Williams Brice, new plaza and statues, playtoys for Spurrier, and education be damned!! What a backwater place. USC needs to invest more in education and less in sports palaces.

Who needs education – education is “dangerous” – it creates critically thinking subjects that might challenge the status quo – we don’t need that – Pastides role: create an appearance of higher education but make sure it doesn’t create too many “unpleasant subjects” – hotel, sports and retail management, business, nursing and law are NOT higher education. Besides neglecting the infrastructure USC -under Pastides- has neglected meritocracy and intellectual pursuits. Water-down – punt intended. Watch the mold grow – literally.