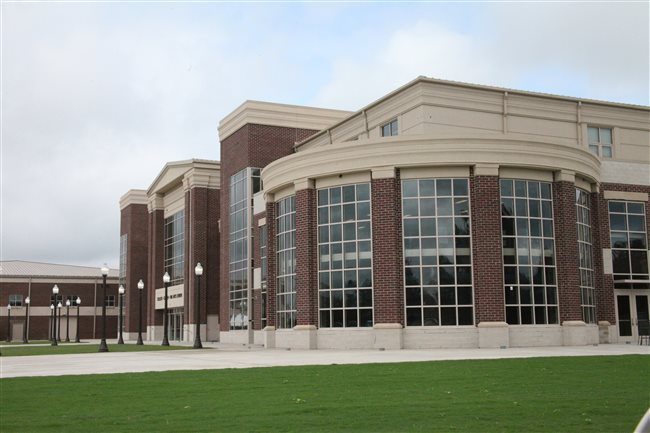 “Schools should be cathedrals,” Sam Seaborn once said.

Well many if not most of them are – even in a dirt poor state like South Carolina.  That’s especially true in Spartanburg County, S.C., where bureaucratic needs have consistently outweighed the needs of children in the classroom – and schools stand as monuments to taxpayer-funded excess.

Has all this money (and concrete) improved academic achievement?  Of course not.  But then again it’s been spent on all sorts of non-academic nonsense … like “Best Singer in the District” competitions.  Oh, and putting greens at private clubs (no really … that happened).

Now one of the county’s seven school districts (that’s right … this county has seven different local education bureaucracies) is pushing for the construction of a new $128 million high school.  Oh, and a $57 million renovation project for an existing high school.

Nonetheless local educrats say they need a “21st Century” campus – and have vowed to present voters with a referendum plan next spring.

This referendum (a.k.a. tax hike) will no doubt be championed by local educrats – using taxpayer resources – as well as campaign organizations subsidized by the special interests that stand to profit off of the new school’s construction.  And of course the liberal local media will lend its microphone – editorially and in its reporting – in support of the expenditures.

Yeah. We’ve been to this puppet show before … and seen the strings.

Here’s the thing, though: It doesn’t work.

We’ve tried all that before. And again, it doesn’t work.

What do they need?  Choices … and the market pressures that come with them.

In fact even the state’s uber-liberal Supreme Court acknowledged in its controversial “minimally adequate” ruling last fall that more government spending “fails to provide students with the opportunity to obtain a minimally adequate education,” and that in the Palmetto State “the evidence demonstrates that there is a clear disconnect between spending and results.”

The answer is more academic freedom.