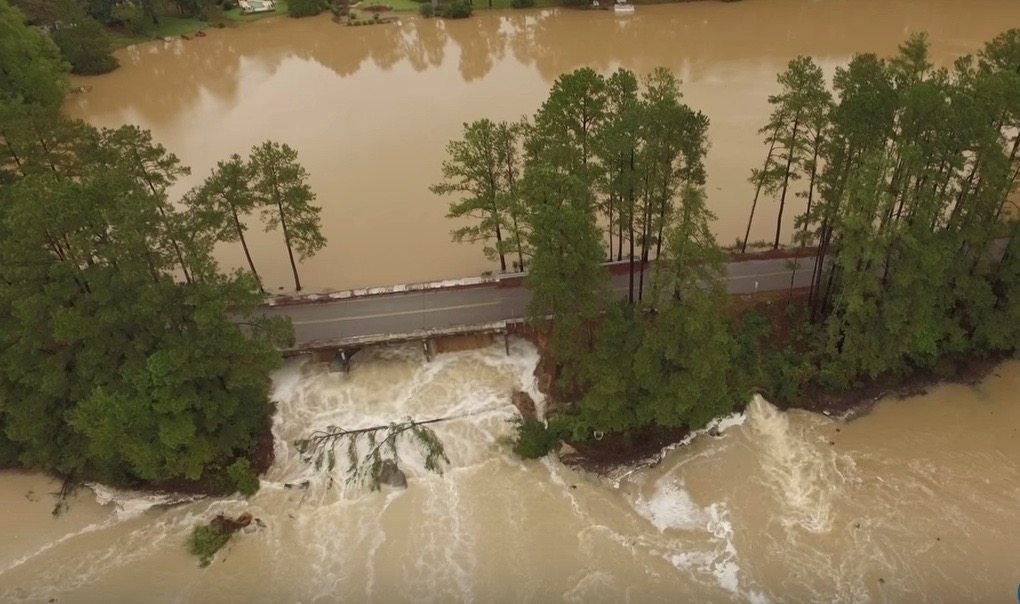 We reached out to the owner of the clip – Jordan Nelson of Boone, N.C. – and asked him if we could share what his camera caught with our readers.

“Complete destruction,” he said of the images. “We could have filmed for days and still not captured half of it. So sad.”

“These shots were taken around various parts of Columbia South Carolina with the majority of shots covering the eastern side of the city,” Nelson added.

Nelson said his team’s initial purpose for traveling to Columbia “was to assist with any search and rescue efforts that were taking place and to provide any assistance to local (law enforcement).”

Once he saw the extent of the devastation, though, it struck him to preserve the event for posterity – and possible reconstruction efforts.

“We felt the need to also document this historic event as it could help with future rebuilding of these areas and for educational purposes,” he said.