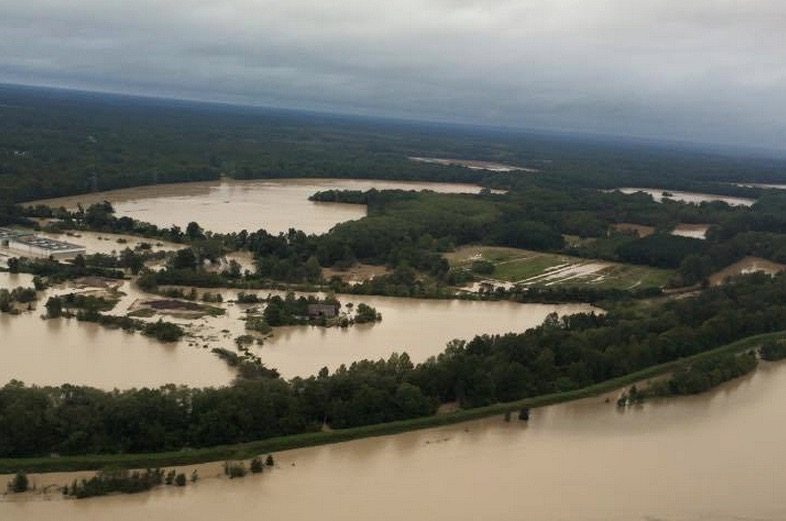 Fourteen people are now confirmed dead in connection with “Floodmaggedon,” South Carolina’s ongoing natural disaster.  That death toll is expected to rise – along with costs of the disaster.

Meanwhile the city of Columbia, S.C. remains without access to clean water – and all 375,000 people using the city’s water system remain under a boil water advisory.  Residents of Columbia in need of bottled water are being urged to visit one of these seven locations …

It could be up to a week before water services are restored in some areas.

The danger has by no means passed, either.  Emergency response assets are currently being targeted where they are needed most, including efforts by the National Guard to plug a major breach of the Columbia Canal.

“The Canal Water Treatment Plant is experiencing historically difficult conditions which may impact finished water quality,” city officials said in a release.  “These factors could possibly result in bacterial contamination of the water.”

There is some good news, though …

The S.C. Highway Patrol announced that all lanes of Interstate 26 over the Saluda River had been reopened to eastbound and westbound traffic, and the number of road and bridge closings across the state continued to drop.  As of the latest writing, there were 301 road closures and 166 bridge closures in South Carolina – most of them in the Midlands region of the state.

Nonetheless, officials urged citizens to stay off the roads unless they absolutely had to travel – and schools and other non-emergency government agencies remained closed on Tuesday.  Curfews were also expected to be imposed in some areas for a third straight night.

Meanwhile the University of South Carolina – located in downtown Columbia, S.C. – cancelled classes for the week and said its athletics department hinted this weekend’s football game against Louisiana State University might be moved to another city.