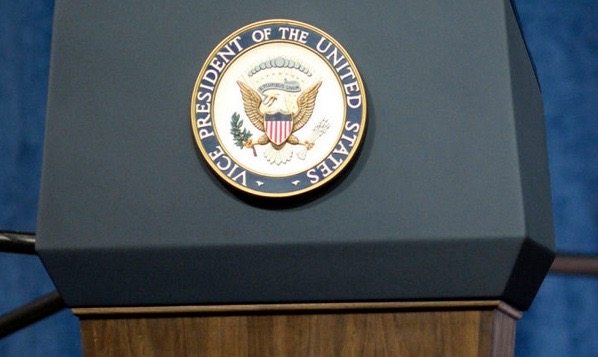 POLL: ONLY 22 PERCENT BELIEVE SC GOVERNOR SHOULD BE VICE PRESIDENT

|| By FITSNEWS || S.C. governor Nikki Haley‘s public approval ratings in the Palmetto State remain strong in the aftermath of her corporate-driven, insta-conversion on the Confederate flag.

One thing most voters in South Carolina agree on, though?  That Haley should not be vice-president.

Only 22 percent of Palmetto State voters believe Haley should be the GOP vice presidential nominee – compared to 60 percent who think she should not, according to a new Public Policy Polling survey.

Among Democrats, 68 percent believe Haley shouldn’t be vice president – compared to 60 percent for independents and 52 percent for “Republicans.”

Obviously the opinion of South Carolina voters on Haley’s vice presidential viability doesn’t matter.  All that matters is whether the GOP presidential nominee wants her on the ticket or not.

Our view?  Haley would not survive the vetting.

PPP surveyed 1,115 South Carolina voters from September 3-6 via telephone and the internet.  The poll’s margin of error is plus or minus 2.9 percent.

The Bi-Curious States Of America

Anyone that thinks Joe Biden is a joke of a VP hasn’t heard Nimrata open her mouth.

Once Haley adopted a FITSNews-type-Libertarian-Moderate stance, to go national, she has taken a nosedive.

When she beat the Obama Justice Dept. rejected expanding the failed Medicaid debacle and the kicked the NLRB’s ass, she was viewed very favorably by voters. And playing up SC, to draw all those jobs, helped too.

But pulling a McCain-FITS sent her to the crapper, fastlike.

Someone was dumb enough to pick Sarah Palin to run as their VP. Never say never.

Right, just like someone was dumb enough to pick Joe “standupchuck” Biden as their VP.

The Gypsy Queen would make an excellent VPOTUS

No one, absolutely no one, in this Country can match her double dealing, back stabbing, cork screwing skills

Plus at Halloween if she is VPOTUS, the World will be able to see her fly over the White House on her broom

Note: Any particular reason the Governor has stayed away from all parades recently

She’s scared of the Roof types.

Or psychotic veterans off their medication….

I haven’t had my pill in 2 days where are you ?

Now that is funny!

Why not just chop off the headline to “Palmetto Voters Not Keen.” That would make for a more interesting column.

Haley would make a great VPOTUS candidate. No one has successfully been able to attack her without raising her popularity and damaging there own.

Sure.Google ‘Nikki Haley and Will Folks’. End of discussion.True or not that ends her viability as a national candidate.

Google ‘Nikki Haley and Will Folks’.She wouldn’t survive the vetting process. Go back and read that stuff.Others have. Whether it is true or not, it disqualifies her, in my opinion-and others. :)
She would however be successful running as a Democrat.

Name one and one example in which they were right.

She couldn’t win again in SC-and would sink a Presidential ticket.

She is the poster child for all that is right in SC great point.

No one has been a greater boost to Nikki Haley’s political career than Will Folks.

The nutcase should have never been governor. She is clearly proven herself not to be qualified. All SC State Agencies are a piss poor inefficient corrupt mess full of poor performing overpaid state employees. Biggest waste I have ever seen in my entire life. Reminds me of the old Charleston “Gravy Yard” (Navy Yard). Five to Ten shipyard workers doing the job of One person.

Who cares? She doesnt need the voters of SC anymore. The people of Alaska tried to warn the nation about Palin, but the rubes in SC loved her and voted for her. Probably still would today.

Hell, she’s not even a good Governor.