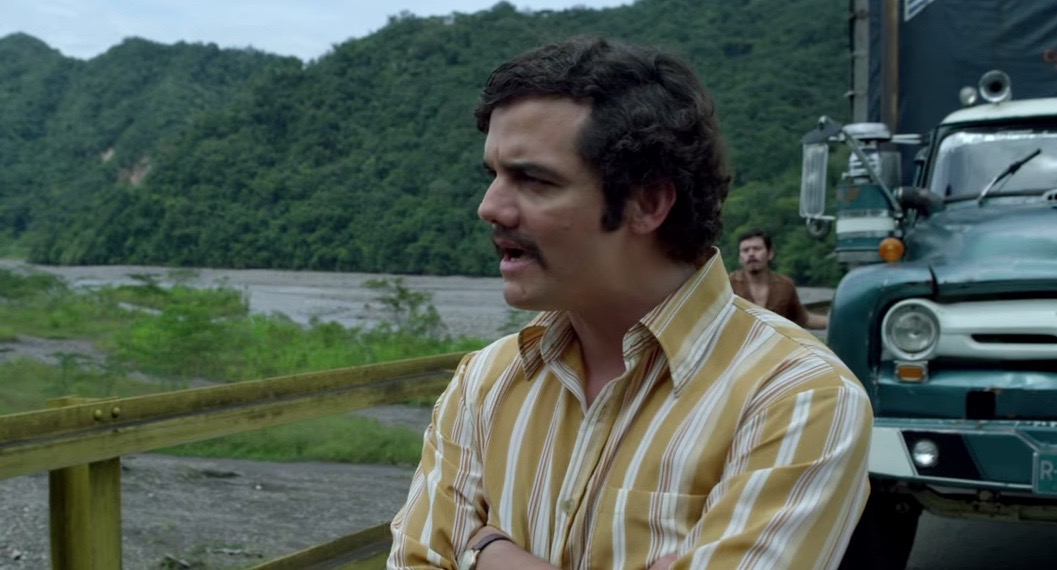 NEW SERIES CHRONICLES THE RISE AND FALL OF PABLO ESCOBAR

|| By WILL FOLKS || Ever since I read the book Killing Pablo by Mark Bowden, I’ve been obsessed with the rise and fall of Pablo Escobar – the Colombian drug lord who founded the Medellín Cartel.

At the peak of its power in the early 1980s, the Cartel was responsible for nearly 90 percent of the cocaine in the United States – making approximately $420 million a week.  Escobar used that money to build an empire of opulence … and terror.  All of it was based on a simple maxim: Plata O Plomo, a.k.a. “Silver or Lead.”  That was Escobar’s deal to those who stood in the way of his ambitions.  They had a simple choice:  Take his bribes … or take his bullets.

Born into poverty in the town of Rionegro, Colombia, Escobar also invested heavily in homes, schools, hospitals and athletic venues for the poor people of his country – cultivating a Robin Hood reputation which served as the foundation for his political ambitions. To that end he briefly served as a member of the Colombian Chamber of Representatives – and he had his eyes on the presidency of his native country before his political career was upended by Colombian officials who did not approve of his drug trafficking operation.

In addition to being loathed by the leaders of his own country, Escobar was also a top target of the American government – which wanted to extradite him and other drug lords to the United States to face criminal charges.

“Narcos” ten-episode first season debuted on Netflix on August 28.  Within a week the series was renewed for a second ten-episode season – which will likely debut in 2016.

Dark, brooding and violent, the series paints a picture of a war with no heroes – in which those assigned to capture and kill Escobar resort to the same sort of tactics he engaged in.

“I will kill you slowly,” one of the police captors tells a hostage in an effort to obtain information from him about the drug lord’s operations.

“Escobar will kill me slower,” the captive responds.

Yeah, no heroes there …

My website has written extensively on the futility of America’s “War on Drugs” – chronicling not only its costly failure (on all fronts) but also the starring role it has played in the illegal immigration debate.  Bottom line?  Prohibiting recreational drug use is an imposition on freedom and free markets – and an invitation to needless taxpayer expense.  And needless bloodshed.

Will Folks is the founding editor of the website you are currently reading. Before that he was a political hack.  And before that he really was a rock star.