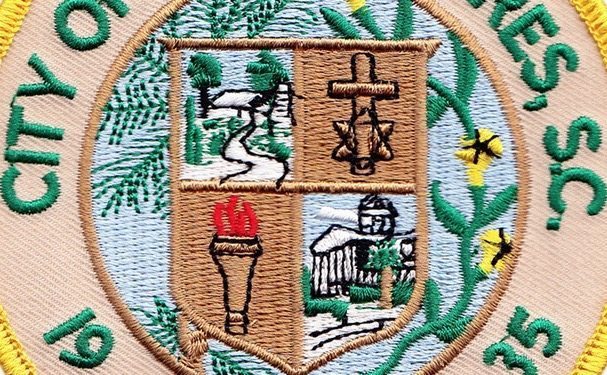 SHADY FISCAL POLICY AT WORK IN THE “CITY WITHIN A CITY”

|| By FITSNEWS || Earlier this week our website published an update on the status of the”Mayorhood” – a.k.a. embattled Columbia, S.C. mayor Steve Benjamin.

The takeaway?  Things are about to get real … real fast.

As the “thugocracy” of Columbia, S.C. begins to unravel, it appears as though another Midlands, S.C. municipality is pursuing some sketchy fiscal policy.

The city of Forest Acres, S.C. – located just east of downtown Columbia – is experiencing explosive growth and frankly the current council doesn’t seem to be up to the job of running the city.  Over the past few weeks, we’ve been hearing from concerned residents that the city’s newest “infrastructure plan” is going to route traffic through residential neighborhoods – lessening property values, creating safety issues for children and families, and raising taxes and fees on the residents in the process.

Sound like conservative government to you?  Of course not …

Earlier this month, city council went into executive session to look at creating a tax increment financing district (TIF).  Sound familiar?  It should.  This is exactly the same sort of scam the City of Columbia used five years ago to route money to a failed command economic boondoggle.

Earlier this year, Forest Acres conducted a study of traffic on Forest Drive – its main artery.  Like most government-subsidized reports, the outcome of this one – conducted by the Bordeaux Group – was preordained.  Bottom line?  The study was nothing more than a sham to give the mayor and city council a justification for raising taxes.

Before it looks to local taxpayers, council needs to look at itself – and its lax policies – for the current state of traffic within their city.  And before it starts drawing lines on maps, it needs to look at whether those holding the markers are screwing over certain businesses in an effort to watch out for others.

Forest Acres’ proposed traffic plan would limit access to certain businesses and property owners in the city, but property which is located on the corner Forest Drive and Beltline Boulevard, would be largely unaffected.

Why is this important?  Because that’s where property co-owned by mayor Frank Brunson is located.

Brunson was just re-elected in 2015, so maybe he’s hoping all of this will be forgotten before he runs again.

Oh well, we will be following these developments very closely seeing as we have received numerous requests from voters to look into what’s going on.  From just the small amount of research we have done, it certainly seems as though things are not all rosy inside the “City Within A City,” as Forest Acres once described itself.