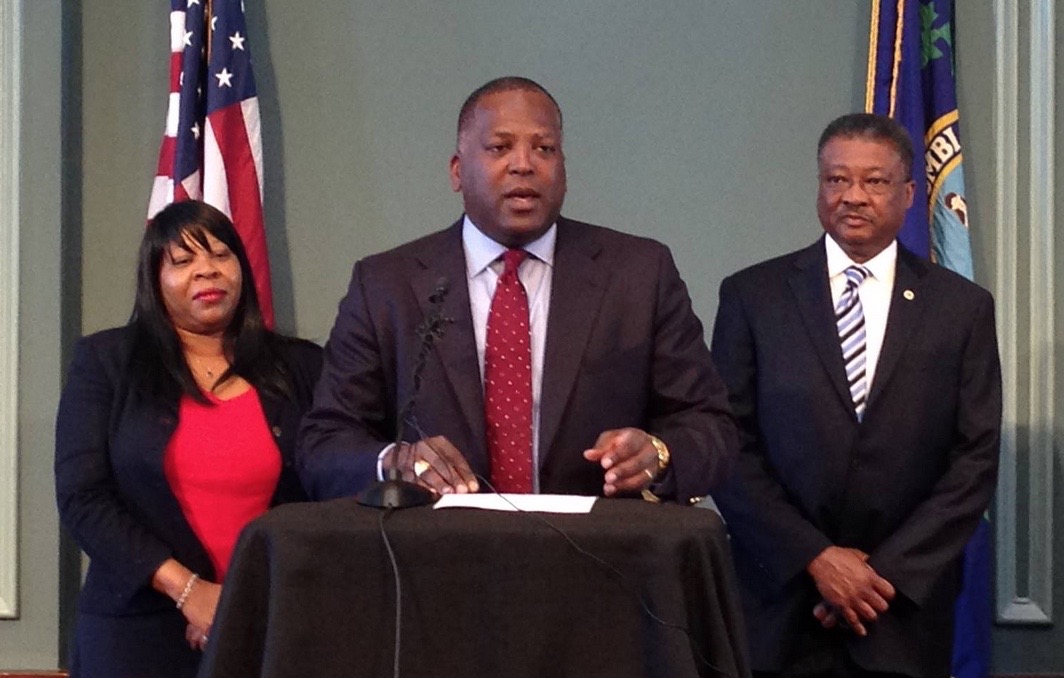 || By FITSNEWS || The scandals surrounding city of Columbia, S.C. mayor Steve Benjamin (a.k.a. “Mayorhood”) may finally be catching up with him.

Sources close to City Hall tell us the fiscally liberal, ethically challenged municipal leader – whose tenure has been marred from day one (literally) – is plotting an “exit strategy” from the office he has held for the past five years.

We’re not sure yet … although Benjamin remains intimately connected to a major scandal involving a government-subsidized affordable housing boondoggle.

“Charges are coming,” one source told us, referring to that scandal.

Last summer, news broke about a night of debauchery in Orlando, Florida involving Benjamin and Pinson.

It involved strippers being offered to Benjamin as part of a “menu of flesh” paid for by a corrupt developer who has also since been indicted.

Benjamin’s private sector employer – the Parker Poe law firm – removed him from its website in the aftermath of those reports.  We’re also told life on the home front – notably his marriage to S.C. circuit court judge DeAndrea Benjamin – went south pretty fast after those reports were published.

Hours after he was elected mayor in April 2010, a Mercedes SUV driven by Benjamin slammed into another vehicle causing extensive damage to the car and permanent damage to its driver, Deborah Rubens.

Astoundingly, the S.C. Highway Patrol (SCHP) made the snap judgment that Benjamin was sober – without giving him a field sobriety test, a breathalyzer exam or even taking blood from him.

The result of a lengthy investigation into the accident?  Nothing.  Benjamin was cited for driving with his headlights off … that’s it.

This website has never had any use for Benjamin.  He’s a thug – and he should have been locked up a long time ago.  In fact his corruption is one of the main reasons we pulled our business out of Columbia, S.C. in search of a safer, more economically friendly climate.

Whatever he gets, he deserves …