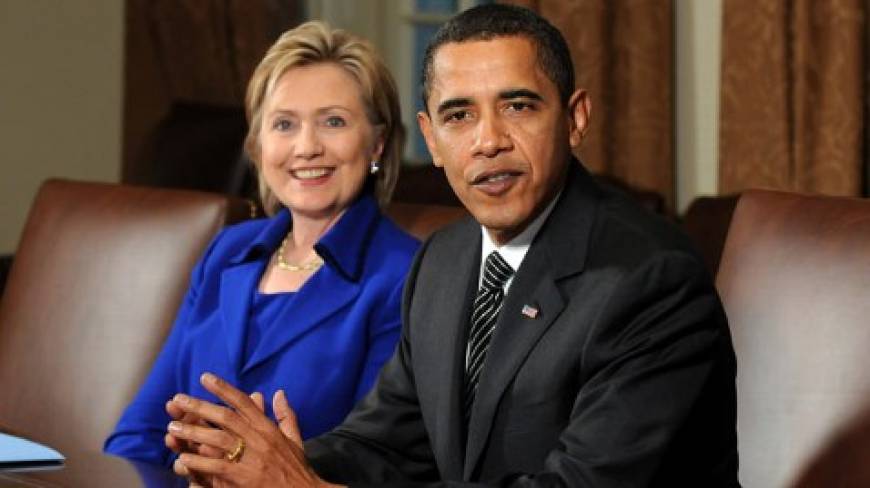 ALL IS NOT GOOD IN THE CLINTON’S HOOD …

|| By FITSNEWS || We wrote recently on U.S. president Barack Obama‘s radical “neighborhood engineering” edict – and Bill Wilson of the group Americans for Limited Government has an excellent piece up on NetRightDaily detailing the scam.

From Wilson’s column, which exposes this Orwellian power grab by the U.S. Department of Housing and Urban Development (HUD) …

More troubling than the HUD rule are the crass assumptions of inferiority, intolerance, and interventionism underlying it. First, Obama’s administration is saying it doesn’t believe minorities are capable of living in upscale neighborhoods without government assistance — despite the fact that many already do. Second, Obama’s administration is saying White Americans are universally hostile toward the presence of minorities in their neighborhoods — and will only accept them if compelled to do so. Finally, on the basis of these false generalizations, government is giving itself the right to meddle in one of our most basic freedoms — where we choose to live.

Such assumptions are insulting to hard-working, liberty-loving Americans — regardless of their race. And as failed social experiments of the past have proven, they will serve only to limit “upward mobility” — not advance it.

Well guess what … Obama’s “neighborhood engineering” is hitting a little too close to home for Hillary Clinton, the presumed 2016 Democratic presidential nominee.

“The Obama administration’s shockingly intrusive and anti-democratic campaign to force Hillary’s hometown of Chappaqua, New York to nullify its zoning regulations and install a low-income housing development has truly gone round the bend,” reports Stanley Kurtz of National Review Online.

According to Kurtz, Obama’s administration is “trying to force government officials in Westchester County, New York to compel Hillary’s hometown to build a housing development it doesn’t want.”

One of the officials opposing this plan actually held a press conference outside of Clinton’s residence (you know, the one where she deleted all those emails) demanding she take a position on Obama’s overreach.

We know Clinton is averse to answering questions (unless they are posed by her obedient MSM lap dogs), but this is one she really needs to address.

Who else needs to explain themselves?  The congressional “Republicans” who refused to vote with U.S. Rep. Paul Gosar‘s amendment to defund this abomination.

That includes your lilly white hood too Hillary!

Why does the right wing media feel the need to lie to their base? Can they not just present an honest article. This article and the Wilson article is misleading to the point of being an outright lie.

This is about taking HUD money. HUD cannot make you do anything unless you ask them for money. Then they can say if you want our money you have to build housing in specific areas. I.E if the government is going to help you pay for housing for your poor people, you cannot put that housing in the worst part of town with the worst schools, you must put the housing in areas with good schools, transportation and jobs.

Specifically the Westchester County dispute with HUD has absolutely nothing to do with the proposed new HUD rules. This dispute began in 2006. Hud filed a law suit alleging the county had failed to follow HUD rules in the placement of HUD subsidized housing. In 2009 the county reached a settlement with HUD, under which the county placed 21 million dollars they had received from HUD into an account and then agreed to do certain things; Once those things were completed, the 21 million could be returned to the county. The county is now saying keep the 21 million, we are not going to complete the rest of the agreement; and we don’t want any more HUD money. HUD says not fulfilling your obligations under the settlement agreement is not an option.

As one county official noted. “What can they do to us? We said, ‘Keep your money, we don’t want it anymore.”

So in the end, this is just another Fake News story, designed to dupe the gullible wingnut base. In other words, be afraid of black people, and ignore what Republicans are doing to you. The GOP Southern Strategy is alive and well..

You are actually PROVING the point. Years ago, HUD bought a bunch of houses in an upscale area of Columbia and moved low-income people into them. as the crime rate for the area went from almost nothing to frequent, the rest of the upscale residents moved out. That area now has a SUBSTANTIAL crime rate and is majority low-income. The houses are not maintained, and the area has become blighted. When deluded people like you accept that many “low-income” people simply have NO desire to conform to standards that make for “nice” areas and “good” schools, we can start addressing the problem…. and that problem is CULTURAL. Put a criminal in a nice area, and it does NOT magically change him into a law-abiding citizen. And yes, I have a RIGHT to freely associate with people who share my values, and I have a right to live in a community where those values are the norm. It is my choice, made by spending MY money to buy or rent in an area suited to ME. If I value education and make the effort to support my area schools so that my kids get a good education, my kids DESERVE those schools. If others FAIL to place value on education and REFUSE to support their schools and push THEIR kids to succeed, they do NOT have the right to come into MY children’s school and disrupt THEIR education. Behavior is NOT dependent on income. You can be poor and law-abiding.
BTW, WHO is responsible for loss of property value when that housing is built?

You could title this “In Defense of White Flight” and hand it out at the next confederate flag Klan rally.

Doesn’t matter who the message is for, what matters is whether it’s true or not. Is it true? Yes.

Your supposed to be racked with guilt because you give a damn about your standard of living and your kid’s future.

“Why does the right wing media feel the need to lie to their base?”

So you are saying we can drop our crime rate and poverty by moving everyone out of high crime, high poverty areas? Sort of like rearranging the deck chairs on the Titanic?

Hopefully, her new neighbors can help her find the missing emails.

If Nixon was like Bruce Jenner he could have morphed into Hillary.

We, the law abiding and hardworking taxpayers move to nice areas because they are free of garbage, thugs and welfare cheats. Please keep your life long criminals where they belong.

Crack houses next to 500 thousand dollar homes. Who would have thought. Welfare family living next door to Lindsey Graham .. .lol

Haahahaha!!
I love how Obama is just outrageously showing his tyranny with ease.

Low income housing district in a wealthy area is just BEGGING for disaster.

As I am laughing hysterically at this news; I am downright saddened that my idiotic Millenial generation single-handedly won him the vote. Twice!!!

Once upon a time, there was this really great Federal Housing Authority. While there was a central theme directed from Washington, each state had enough autonomy to parcel out money for programs that helped each state in state-appropriate ways. Then came HUD, a monster created by LBJ and enlarged by RMN. It gobbled up FHA and the money no longer flowed to areas that needed help. Basically, HUD became a creator of slums or at the very least creator or bad loans on the taxpayers’ dime. The time for well-intentioned, well-run bureaucracies is passed. They create bad rules which have the force of law. That is intolerable to decent people, which says a lot about the people who allow such horrors to exist.